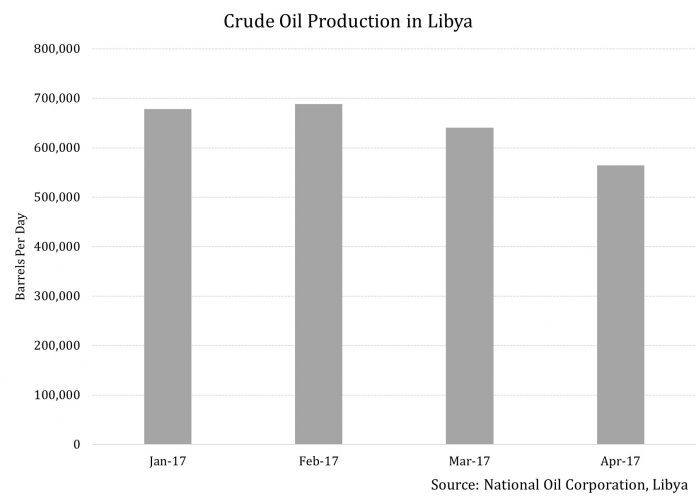 This is post 2 of 4 in the series “Can Libya Sustain Its Rising Crude Oil Production?”

It may seem an unlikely scenario, but Libya has arguably been having quite an impact on crude oil prices. In early April, prices had risen as the country’s largest oil field – Sharara – was shut down because of a pipeline linking it to a terminal being blocked.

According to Bloomberg, the nation’s oil output had nosedived on April 9 by 30% to 490,000 barrels per day – the lowest level since September 2016 – from 703,000, due to the production halt. The impact of the stoppage can be seen for April in the graph below. 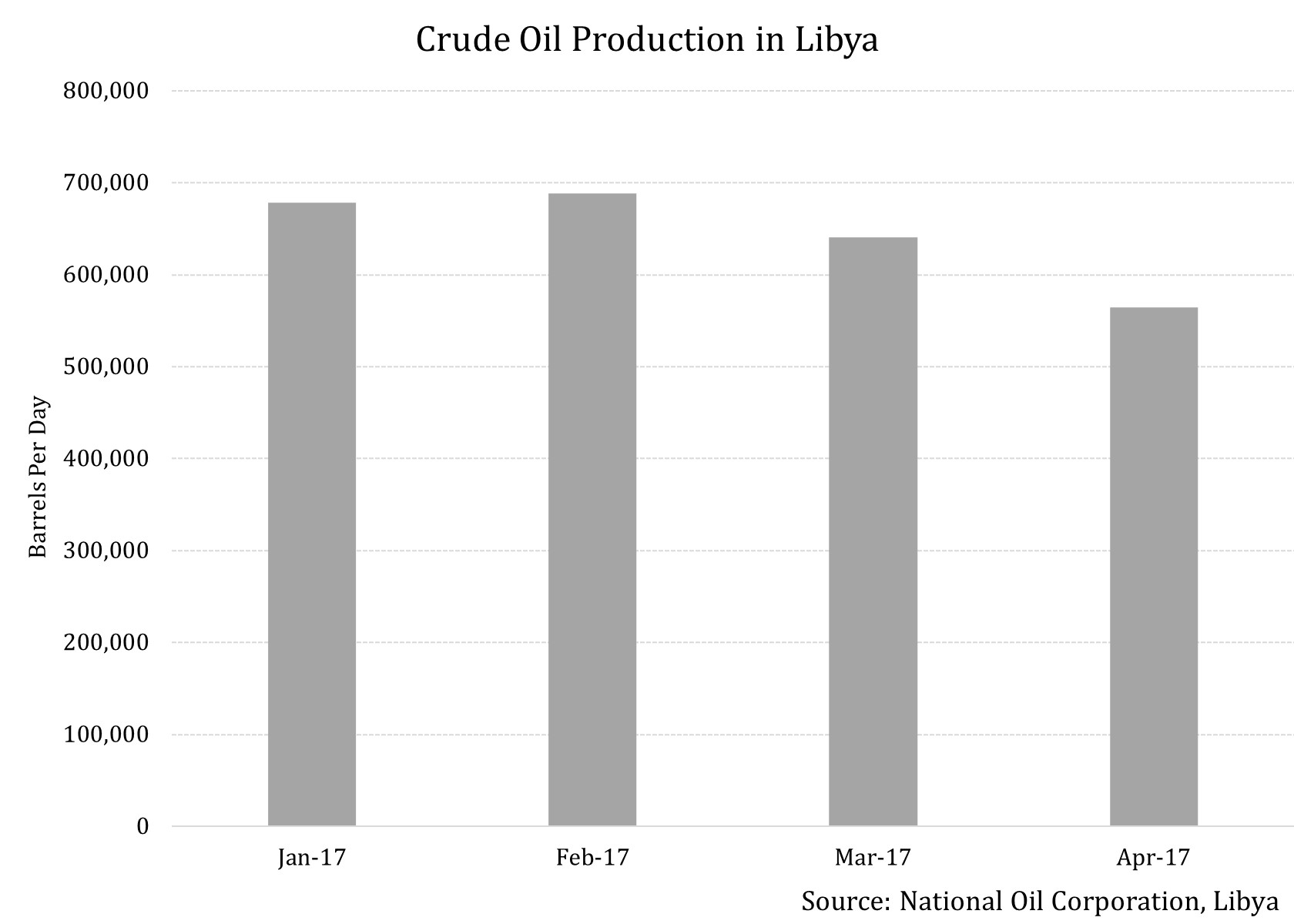 Along with geopolitical tensions in conjunction with unsavory developments in Syria, the reduction in production in Libya had pushed crude oil prices up.

Though the Organization of the Petroleum Exporting Countries (OPEC) had decided to reduce oil production by 1.8 million barrels per day for the first half of 2017, members Libya and Nigeria had been allowed to increase production as eventuating circumstances had already been detrimental to output in both countries.

This recent increase in production could force the hand of OPEC with regard to future output levels.

Nigeria’s major Forcados oil pipeline had been severely damaged in February. Media outlets have recently reported that it has been completely repaired. This would mean an increase in production from Nigeria amounting to an extra 200,000 barrels a day.

The case of Libya is similar. We saw in the previous article that the country has already reached its 2017 target of 800,000 barrels per day and the output continues to rise.

This increased production has put downward pressure on oil futures and can influence OPEC’s decision regarding the future level of crude oil production. The cartel is scheduled to meet on May 25, and Saudi Arabia and non-OPEC member Russia have already indicated that they may consider extending the six-month crude oil production cut during the meeting.

With a sharply increased oil supply, Libya can leverage OPEC to continue with additional production cuts else crude oil prices will resume their fall, effectively undoing the rise that was witnessed in light of the supply reduction by OPEC and non-OPEC nations.

Furthermore, Libya may also be on the verge of yet another increase in output. Let’s look at this in the next article.

This is post 2 of 4 in the series “Can Libya Sustain Its Rising Crude Oil Production?”