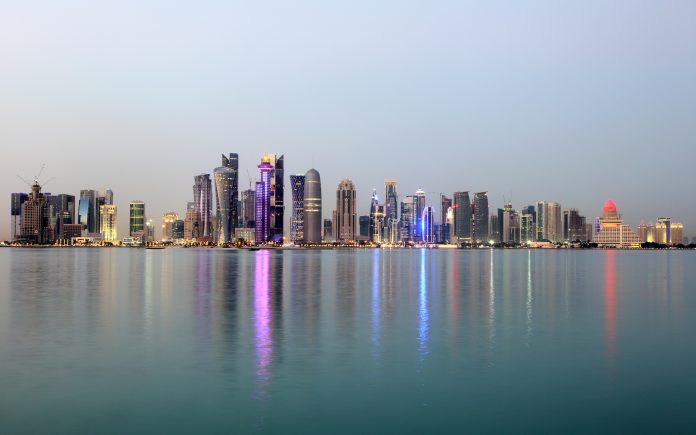 This week, Saudi Arabia and its allies raised the heat on Qatar by publishing a new blacklist of 18 groups and individuals with suspected ties with Doha. They demanded Doha prosecute those named, including people who allegedly helped raise funds for Al Qaeda’s affiliates in Syria. Qatar responded, as it has since marked the start of the intra-GCC crisis, by digging in its heels and insisting it had every right to an “independent” foreign policy.

It’s now clear that the latest round of tensions will be even more protracted than the last one, which took eight months to resolve in 2014. Qatari Emir Tamim bin Hamad al-Thani and his advisors don’t seem to have caught on yet, but the shifts in power that have played out in both the Saudi royal court and the White House means there is far less patience for Qatar’s foreign policy freelancing this time round. The question now is how long it will take Doha to catch on.

The standoff presumably did not come as a surprise, being decades in the making. Under Sheikh Hamad al-Thani (the current emir’s father), the Gulf state began to export its first shipments of liquid natural gas (LNG) from the offshore South Pars/North Dome field. With its vast reserves and the Qatari sovereign wealth fund’s investments, in companies such as Credit Suisse, Qatar enjoyed the highest per capita income in the world. Hamad directed that wealth to pay for a new brand of foreign policy; Qatar started indulging the desire to mould the region in its favour, even if that meant supporting Islamist extremist groups.

Unsurprisingly, Saudi Arabia and the UAE were relieved when Sheikh Hamad unexpectedly abdicated in favour of his son Tamim in 2013. They hoped the new ruler would halt Qatar’s support for groups like the Muslim Brotherhood, which they see as a direct threat to their own internal stability. The new emir, though, has remained just as receptive to these groups as his father, even after Saudi Arabia, Bahrain, and the UAE temporarily withdrew their ambassadors from Doha in 2014. Those countries did eventually restore their representation, but the roots of the fallout were never addressed.

Despite Doha’s protestations to the contrary, the reality is that Qatar continues to tolerate or back groups that few others are even willing to touch – and this goes far beyond the Muslim Brotherhood. The Taliban, Hamas, even Al-Qaeda-linked rebel groupshave all enjoyed safe haven and reliable funding streams in or through Qatar. Just as disconcerting from the wider GCC perspective, Qatar’s foreign policy has only become even more defiant at a time when the rest of the Gulf emirates are struggling to shield themselves from Iranian regional expansionism. The final spark that caused the latest crisis to flare up was likely a hostage deal this April in which Doha, as the Financial Times put it, “paid off two of the most frequently blacklisted forces of the Middle East in one fell swoop: an al-Qaeda affiliate fighting in Syria and Iranian security officials.”

Most coverage of the crisis over the past two months has focused on that ransom payment, but there is another key element in this dispute that has gotten much less attention. The GCC decision to bring the hammer down on Qatar follows a major power shift in Saudi Arabia, the country most alarmed by Qatar’s foreign policy initiatives. Little more than 18 months after Tamim took the reins in Qatar, the equally youthful Mohamed bin Salman has risen to become the new power behind his father, Salman. Juggling a vast government portfolio that includes defence, oil, and economic policy, Prince Mohamed has become the face of Saudi foreign policy – reaching out most notably US President Donald Trump, whom he visited soon after his inauguration this year.

The prince’s efforts have paid off: Trump outlined a clear shift in US policy during his visit to Saudi Arabia in May. In his main speech, Trump delineated a new US-backed Sunni Arab alliance against extremism and underlined Washington’s support for Riyadh against Tehran. Trump’s denunciation of Iran’s support for extremism was most welcomed by the Saudis, who had been unnerved by President Obama’s outreach to Iran. Confident that they again had the White House by their side, the visit gave the Saudis confidence to revisit the GCC’s unresolved issues with Qatar; Mohamed bin Salman, who led Saudi Arabia’s efforts to reach out to Trump, was awarded a promotion to the position of Crown Prince on June 21st.

Trump’s hard anti-Iran line speaks to the wider stakes of the Gulf standoff. The Qataris are used to fielding demands they cut off support for extremists, from both their regional allies and American partners. Whether or not this crisis has a lasting resolution, though, comes down to whether Qatar continues to pursue close relations with Iran. After all, it is the South Pars/North Dome gas field Qatar shares with Tehran that provides Doha the wealth to pursue its own path in the Gulf. That joint ownership of the gas field has encouraged Qatar to maintain amicable ties with its isolated neighbour, threading the needle even as US presidents and Saudi kings sought to isolate the Islamic Republic. Doha tried to include Iran in Gulf security initiatives after the Gulf War, and the two finally did sign a defence cooperation agreement in 2010. With traffic from the other Gulf states cut off, Qatar has openly embraced expanded ties with Iran.

The tolerance for this state of affairs is running out. Hosting the largest US military base in the Middle East was supposed to earn the Qataris credit in Washington, but even that could not stop the Trump administration from openly criticising Qatar’s ties with state sponsors of terrorism. With a new generation in power in Saudi Arabia and a united Saudi-American front, the regional flux Qatar has so successfully exploited might finally be coming to an end.