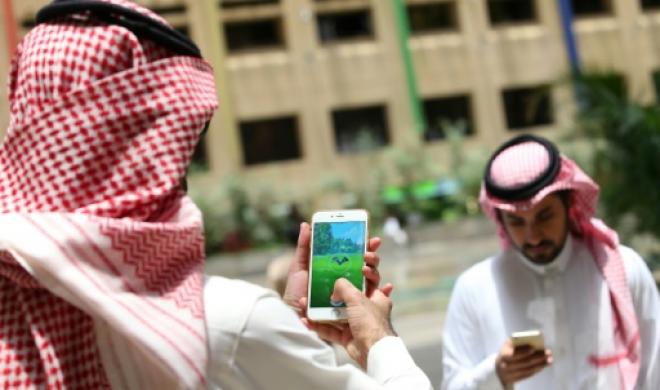 Pokemon Go is creating headaches for Middle Eastern governments, as concerns over security and subversion prompt calls for intervention.

Pokemon Go has quickly become a global phenomenon, the latest viral sensation boosted by social media and our ubiquitous smartphones. The app is all over the news, as are stories of foolish players getting in trouble, lost, or accidents. While elsewhere these events have been shrugged off as frivolous or ultimately harmless, Pokemon Go is no laughing matter in the Middle East.

A host of governments in the Middle East are treating Pokemon Go as a potentially serious destabilizing force. Said regimes have cited religious, cultural, and national security reasons to support their calls for action against Pokemon Go.

From fatwa to farce, Pokemon Go has been on the receiving end of a range of government responses in the Middle East. For instance, Egypt has renewed a 15 year old fatwa against the Pokemon franchise which was issued by the then Grand Mufti in 2001. Similarly, Saudi Arabia has renewed a similar fatwa, characterizing Pokemon as un-Islamic.

Specifically, religious authorities are concerned about the app’s references to mutation and evolution, ideas which run counter to Islamic tenets concerning creation and God. Moreover, the game has been labelled as an addiction (a point not helped by similar statements from players), and likened to gambling – a sin in the Islamic tradition. The various symbols in the game are also allegedly linked to Christianity, Shintoism, Zionism and Freemasonry, thus drawing accusations of promoting apostasy and polytheism.

While these claims will amuse foreigners, they are not specific to the Middle East, as many fundamentalist Christians in the West view Pokemon in a similar manner. What is disconcerting is the fact these pronouncements carry greater socio-political weight in the Middle East, especially among the theocratic Gulf state regimes. The narrow, and at times non-existent divide between religion and government in the region gives added impetus to any government efforts to counter Pokemon Go.

What is important to realize, is that these religious pronouncements conveniently align with government concerns over subversion and security, brought about by the app. In the wake of the Twitter revolt in Iran, and the social media driven Arab Spring, governments in the region are naturally extremely wary of any new popular digital trend, especially one they do not understand, nor can, as of yet, contain.

Pokemon Go, All Fun and Games, Until Someone Gets Hurt

The Basheer Show is seen as Iraq’s Daily Show, and is broadcast from Amman, Jordan due to security concerns, yet still reaches an audience of some 19 million in various countries – despite efforts by some governments to block it. The fact that Basheer is capitalizing on the viral nature of Pokemon Go to mock and critique the Iraqi government and others, is a serious wake-up call to Middle Eastern regimes, and proof in their eyes of the subversive nature of the app.

Even a former U.S Marine, now fighting against ISIS in Iraq, has posted images of himself playing the game on the battlefield, challenging Daesh to a Pokemon battle.

Another group capitalizing on the popularity of Pokemon Go are anti-Assad Syrian activists seeking to boost awareness and media attention in the conflict. Specifically, the Revolutionary Forces of Syria (RFS) Media Centre has released a series of photos showing Syrian children holding signs sporting pleas for help and popular Pokemon characters. The group is trying to counter public desensitization and fatigue, critiquing the time spent on the app vs. the time spent helping those affected by the civil war.

This effort coincides with the pictures of Syrian graphic designer Saif Tahhan, who has used Pokemon Go to highlights the needs of those in war-torn Syria. His fictional Syria Go app, sees users searching for basic necessities amongst the rubble. Syrian artist Moustafa Jano has also incorporated Pokemon into images of Syrian refugees to highlight the issue. Furthermore, Swedish novelist Jonas Gardell has utilized the connection between Pokemon Go and Syria, writing: “Grandpa, what did you do that summer of 2016 when the world was on fire? Oh dear grandchildren, we were looking for Pokemon characters [on our] phones.”

The fact that anti-Assad activists both within and outside of Syria are using Pokemon Go to promote their cause, is a very strong signal to Middle Eastern governments confirming (in their minds) their suspicions about the danger posed by the app.

Gotta Catch ‘Em All…Subversives That Is

Governments in the Middle East are facing the problem of thousands of eager players wandering around with an app that relies on GPS tracking and cameras. Public buildings and prominent locations are part of the game, and as such governments in the region are worried about security risks to military and government buildings. In Lebanon, for instance, the government has to contend with hordes of people walking around Beirut. Police have already had to shoo away and briefly arrest players for filming mosques, security checkpoints, and military facilities.

As 16 year old Muhammed Zeitam, explains, “you cannot just lift up your phone to the ministry. They get suspicious.” Kuwait has issued similar warnings, instructing players to stay away from mosques, military buildings and the Emir’s palace, whereas Saudi Arabia has warned about the dangers of using GPS tracking technology.

Members of the Egyptian government have also stressed the security concerns posed by Pokemon Go, with Egypt’s deputy head of communications considering banning the game and urging the regime to install WiFi jammers. Hamdi Bakheet, a member of the Egyptian defence and national security committee has gone further, decrying Pokemon Go as “the latest tool used by spy agencies in the intel war, a cunning, despicable app that tries to infiltrate our communities in the most innocent way under the pretext of entertainment. But all they really want is to spy on people and the state.”

Ultimately, for Middle Eastern governments concerned about civil unrest, citizen movements, ISIS infiltration, and foreign spying, Pokemon Go is deeply disconcerting. Firstly, any non-government sanctioned means of connecting and organizing people worries these states. Secondly, by citing security concerns, governments will attempt to legitimize their efforts to squash the app, ironically using the very popularity which they fear as an amplifier for their own messages.

This article was originally published by Global Risk Insights. http://globalriskinsights.com/2016/07/pokemon-go-scares-middle-east-governments/