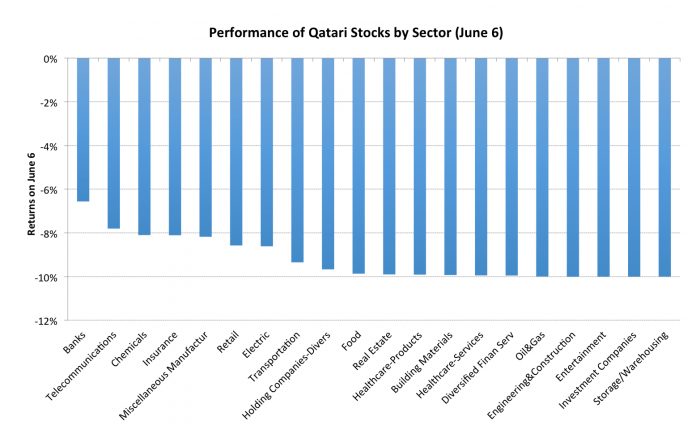 This is post 3 of 7 in the series “Citigroup: Six Potential Long-Term Impacts of Qatar Diplomatic Crisis”

Diplomatic relations in the Gulf region (GULF) are important to global investors as they can directly impact commodity prices. Recently, Saudi Arabia(KSA), Egypt (EGPT), Bahrain and the United Arab Emirates (UAE) isolated Qatar (QAT) over alleged ties with Iran and the funding of ISIS.

Should the conflict persist, it will lead to a shortage in commodities, a huge increase in prices and inflation, and a big decline in the volume of exports due to the shutting down of production in some factories and plants in the Gulf nation. This is extremely negative for Qatar’s manufacturing and transport sectors. These sectors have lost 18% and 31% in 2017 already and analysts expect them to decline further. 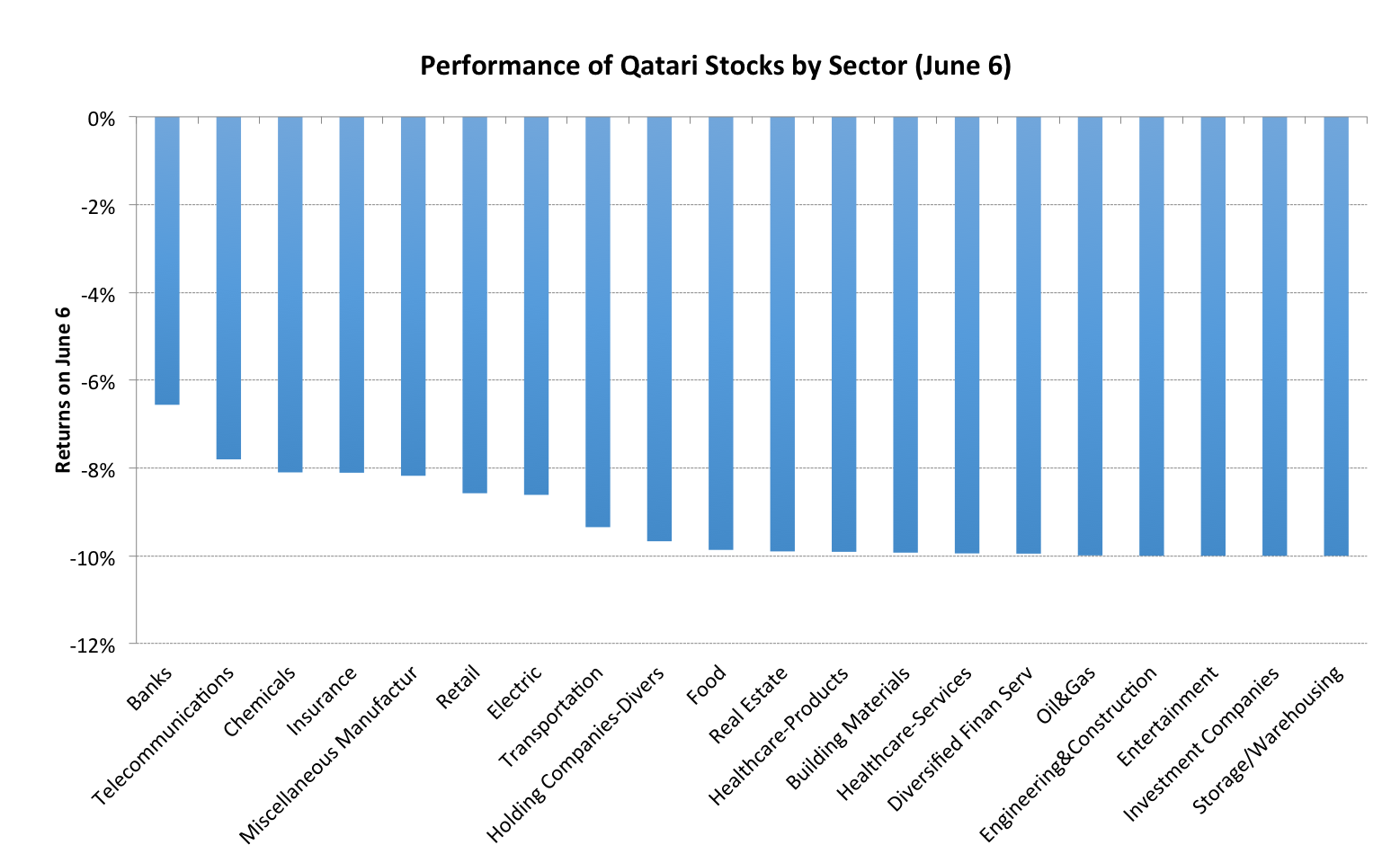 Qatar is also the world’s largest producer of liquefied natural gas (LNG) and closure of trade routes has led to a sharp rise in prices of oil and natural gas. Oil and gas stocks in Qatar are down 28% YTD and 10% on June 6 alone.

Additionally, such conflicts could impact construction related to the World Cup to be hosted in Qatar in 2022. On June 6, construction and building materials stocks on the QSE Index tanked 10% each. YTD these sectors have declined 18% each respectively.

Further, closure of airspace will force major airlines to alter their routes thereby piling up on their cost burdens. Qatar Airways will be the worst hit and foreign airlines operating in the region will also be affected. These airlines serve passengers from the UAE (UAE), Bahrain and Saudi Arabia (KSA) that become inaccessible as a result of the sanctions.

The packaged food industry in Qatar will also be severely affected by the ongoing dispute. Monique Naval, an analyst at Euro monitor mentioned, “if there is an introduction of trading barriers, imported products may disappear from Qatari supermarket shelves in a very short period of time, leading to shortages of certain food items and consequently a spike in prices.” Qatar is heavily dependent on Gulf countries for imports of food products. However, with Qatar forming merely 1% of total packaged food sales in the Gulf region, the impact on the entire sector would be limited only to companies based in Qatar.

“Qataris will have face the prospect of food price escalation following the stoppage of supplies from neighbouring GCC countries. The retail and construction sectors, both heavily dependent on imports via Saudi Arabia and the UAE, will take an immediate hit with the borders closing and air connections coming to a halt,” said K.V. Thomas, Managing Director of Thomsun Group of Dubai. YTD the retail sector has generated negative returns of 21% while the construction and real estate sectors have lost 18% and 17% respectively.

This is post 3 of 7 in the series “Citigroup: Six Potential Long-Term Impacts of Qatar Diplomatic Crisis”