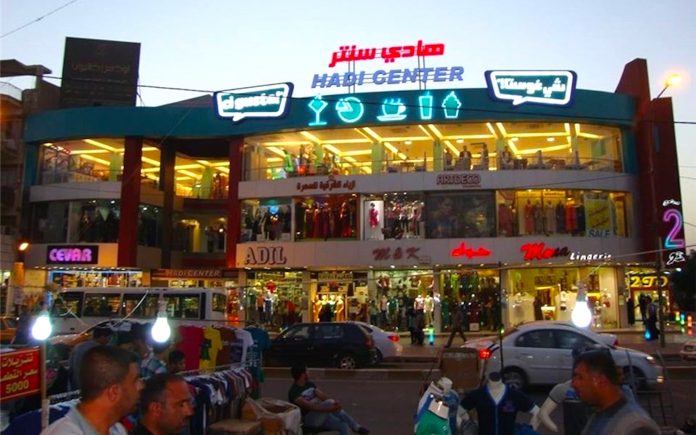 Ongoing attacks in Baghdad show that IS remains a powerful threat, despite losing ground on the battlefield. A weak security apparatus struggles to cope.

Despite territorial setbacks, Islamic State (IS) is still capable of undermining security. Indeed, one of the latest attacks claimed by IS, which targeted a shopping mall in a Shiite district, was the worst single car bomb attack in Iraq since U.S. forces toppled Saddam Hussein 13 years ago. It deepened the anger of many Iraqis over the weak security apparatus in the country. In fact, the attack demonstrated once again that the government has been incapable of providing security in the capital against IS attacks, despite its troops making significant advances against the terrorists in recent weeks.

Deadly blasts continue to put people in Baghdad at risk

On July 3rd, a suicide bomber detonated an explosives-rigged vehicle in Baghdad’s Karrada district. The blast, which struck close to midnight, came from a refrigerator van packed with explosives. The mainly Shiite area was busy with shoppers late at night because it took place during the Muslim holy month of Ramadan allowing meals only after sunset. The explosion damaged several buildings, including the popular al-Hadi Centre.

Iraqi authorities stated that the bombing killed at least 292 people and wounded over 200. Islamic State declared in an online statement later the same day that it was responsible for the attack allegedly carried out by one of their suicide bombers. In a second attack the same day, a roadside explosive device also blew up around midnight in a market in al-Shaab, a Shiite district in the north of the capital, killing at least two more people.

Comments posted on social media accused security forces of continuing to use fake bomb detectors at checkpoints filtering traffic in Baghdad, 5 years after a scandal broke out concerning these fake detectors, known as ‘magic wands’. Iraqis turned their anger towards fake bomb detectors as a symbol of government corruption and the state’s failure to protect them. Supplies of the so-called ‘magic wands’, technically named ADE-651, were sold to Iraq by James McCormick, a Briton who was sentenced to 10 years in prison by a UK court in 2014 for fraud.

It seems that the fake detectors remain in use at the entrances to embassies, compounds and government ministries, but also by security forces at checkpoints such as those on the shopping street at Karrada that was hit in the suicide bombing.

IS Sending a Message by Bombing Karrada

The bombing in Karrada happened a week after Iraqi security forces recaptured the city of Fallujah from Islamic State. The suicide attack represents, therefore, a clear message to the Iraqi government. Even though the terrorists continue to be pushed back on the ground, they are still powerful enough to carry out lethal attacks. The target was most likely the Shiite population living in the Iraqi capital. Indeed, Shiite Muslims are considered infidels by the Sunni extremists.

The Iraqi interior minister, Mohammed Salem al-Ghabban, said that the explosive-packed vehicle came from the eastern province of Diyala, blaming a lack of communication between multiple forces in charge of the capital’s security. He resigned on July 5th and added that a deputy would take over his responsibilities. Iraqi Prime Minister Haider al-Abadi accepted his resignation.

Currently, IS remains in control of large parts of Iraqi territory, especially in the country’s north and west, including Mosul, Iraq’s second largest city. However, the group has been under pressure in both Iraq and in neighbouring Syria, where it has been targeted by government forces and US-backed rebels.

The more territory IS loses, the more it will aim retaliatory aggression at civilians. Attacks like the last one in Baghdad are therefore likely to happen again if proper security measures are not implemented. Furthermore, the attack highlighted, once again, how endemic corruption, exemplified by the use of fake bomb detectors, as well as poor logistics badly affect the Iraqi security apparatus.

This article was originally published by Global Risk Insights. http://globalriskinsights.com/2016/07/response-losing-territory-targets-civilians-baghdad/