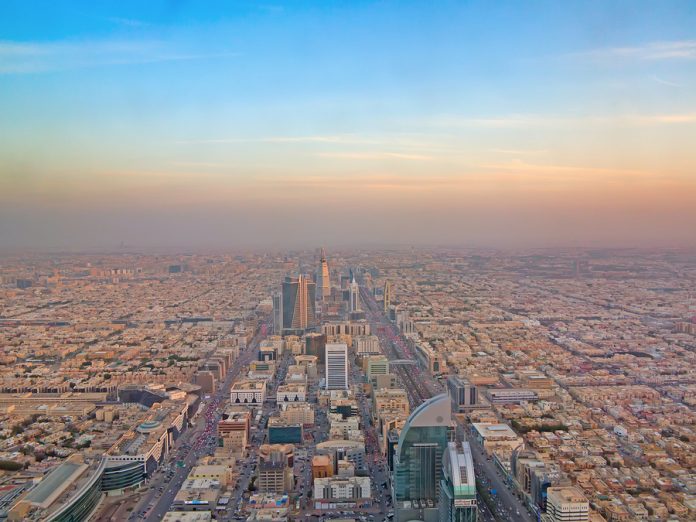 At some point, Saudi Arabia will be knocking at your door.

The country will want you – or rather, your friendly neighbourhood emerging market ETF – to buy shares in its big national oil company, Saudi Aramco.

Aramco is planning to go public in late 2018 or early 2019… in what will probably be one of the biggest stock offerings ever. And there’s already a lot of interest. The New York and London stock exchanges are allegedly fighting over who gets to host the IPO.

So at some point, you (or your fund manager) might be thinking about investing in this oil-rich state.

But this is one market that – unless a few things change dramatically – you should avoid.

Saudi Arabia hasn’t been on the radar of many investors.

For a long time, it’s been notoriously closed off to most outsiders. So even if you wanted to visit, it’s not at all easy (more on this later).

Then there’s its one-trick pony of an economy.

Saudi Arabia has the world’s second-largest oil reserves. And it’s the largest oil producer on Earth. Oil makes up around 55 percent of its gross domestic product (GDP).

This means that Saudi Arabia’s economy is very closely tied to the price of oil. That’s good when the price of oil is strong. But it’s bad when it’s weak. And, in any case, being at the mercy of something you can’t control is a dangerous situation – whether you’re a factory worker about to be displaced by a robot, or the world’s 20th-largest economy.

Also, the country is located in one of the most geopolitically volatile regions on Earth – near Iraq, Iran, Yemen and Syria. If there’s one thing that spooks investors… it’s conflict.

Things (may be) changing…

In May, U.S. President Donald Trump visited the country and declared his support for Sunni Arab nations like Saudi Arabia. He also proposed a multibillion-dollar arms deal between Saudi Arabia and the U.S.

Then in June, a new crown prince (and heir to the throne) was appointed. Mohammed bin Salman has been described as the real power behind the throne of his father, King Salman.

The centerpiece of this is an initial public offering (IPO) of 5 percent of Saudi Aramco, the largest oil company in the world. (An IPO is when a company raises capital by selling shares to investors for the first time.) The company produces 12 million barrels per day – far more than its closest competitors, as this graph shows. 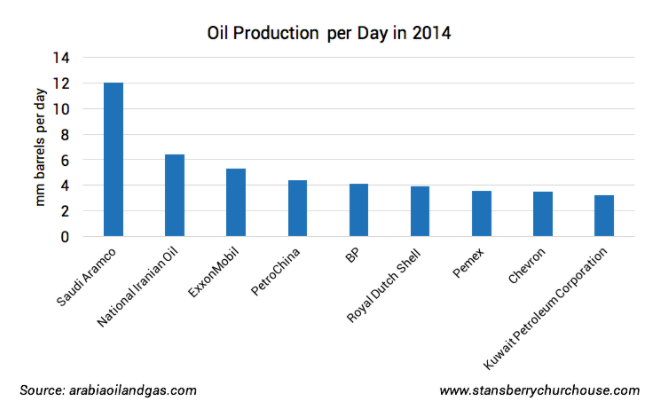 Saudi Arabia values the company at US$2 trillion. That’s four times the size of Apple and more than five times the size of ExxonMobil. It could be the largest IPO in history. That’s why investors are taking notice.

These things need to change…

Every asset, or market, has its price… and finding undervalued and underappreciated assets is part of the art of investing. But Saudi Arabia needs to make a lot of changes before average investors should consider the market…

1. Open up the country

Three years ago, I was exploring a number of markets around the world that were off the beaten track. I went to Iran, Zimbabwe, Venezuela and Kyrgyzstan, among other hotspots. To get to the places that didn’t like foreigners, I became good buddies with a handful of visa services that could work magic.

But Saudi Arabia was a nut I couldn’t crack. Unless you had a very specific purpose and a local sponsor that was willing to jump through numerous hoops to sponsor you, you weren’t going to Saudi Arabia.

And that hasn’t changed. Saudi Arabia doesn’t grant visas to tourists. So if you want to visit the country, you either need to have family there, or get an individual or business to sponsor you and pay for your visa.

I’d guess that in the run-up to Aramco going public, Saudi Arabia will make it a lot easier for investors to visit the country.

But the default position of Saudi Arabia still seems to be keeping outsiders out. And anywhere that wants your money, but doesn’t welcome you, is somewhere you should think twice about before investing.

When I started analysing markets in Russia in the mid-1990s, companies treated their financial results like they were state secrets.

Any kind of request for information – whether you were a shareholder or an analyst – was viewed with deep suspicion. That was partly because during Soviet times, information was viewed as power… and by letting someone else in on your knowledge, you were reducing your own status and power.

That’s (largely) changed. But it took a very long time for companies in Russia to understand that sharing information increases your power – it doesn’t reduce it.

Unfortunately, Saudi Arabia and Aramco have the same view on information…

The Natural Resource Governance Institute, an independent, non-profit organisation, has raised concerns about corporate governance in the country. It branded Aramco one of the least transparent state-owned enterprises involved in extractive industries (ranking it 64 out of 74 companies around the world).

A big company like Aramco will have all the trappings of transparency, as it will be required to. But this culture of secrecy will take a long time to really change. And until investors can truly understanding what’s going on, they’re going to remain disappointed.

Saudi Arabia’s new crown prince is working to diversify the country. But its economy is still all about oil… So when the price of oil crashes, it spells trouble.

As oil prices plunged from US$105 to less than US$30 per barrel, Saudi Arabia’s growth plummeted. Its GDP went from 3.5 percent growth in 2015 to only 1.4 percent in 2016. That was the lowest amount of growth since the global economic crisis.

Meanwhile, the country’s debt skyrocketed. Its national debt increased by about 619 percent from 2014 to 2016. And it saw a record annual budget deficit of nearly US$98 billion in 2015. That’s 15 percent of GDP.

With oil prices steady in recent months in a range, things have stabilised. Saudi Arabia’s stock market is up 3 percent so far this year. But the economy is predicted to run a huge budget deficit (where government expenditures exceed revenues) of 7.7 percent of GDP. And the IMF estimates that oil prices would need to bounce back to US$84 a barrel to balance the books in 2017. It expects Saudi Arabia’s GDP growth to be just 0.4 percent.

And Aramco’s president and CEO recently described the outlook for oil supplies as “increasingly worrying” with around US$1 trillion in investments lost during the downturn and fewer new deposits being unearthed.

So until Saudi Arabia shows some real signs of being able to diversify, its economy is going to remain volatile. That makes it a tricky place to invest.

Stay away for now

Until Saudi Arabia addresses its challenges, be wary of investing there.

The bubbling tensions and conflicts in the region are a distracting roadblock to reform. And until investors can visit the country and truly understand what’s going on in the country and with Aramco, they’re going to be disappointed. The lack of diversification in the economy is a long-term challenge.

Does that mean Saudi Arabia is a bad place to invest by default? Not necessarily. But right now it’s hard to find a compelling reason to buy.

Kim Iskyan is a Lead Analyst and Editor at Stansberry Churchouse Research, an independent investment research company based in Singapore and Hong Kong.