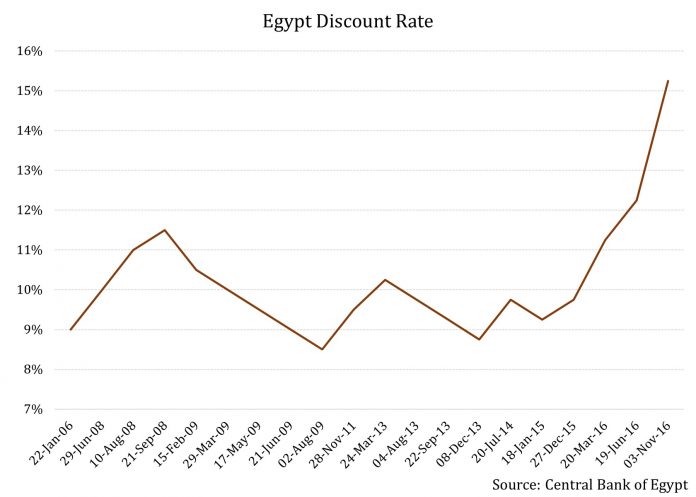 The high level of inflation in Egypt, which has been caused by high food prices and the slide in the Egyptian pound, is a major cause of trouble for the Central Bank of Egypt. A further expected reduction in fuel subsidies will put even more pressure on prices.

The challenge for the central bank is to choose between curbing price rise and dampening economic growth. If it raises rates to rein in inflation, it would negatively impact economic activity. On the other hand, if it strives to resuscitate the economy, it can lead to further price increases, which will reduce the purchasing power of consumers.

To add to consumers’ woes, a rate hike could make loans even costlier after a 300 basis point hike that was effected last November. 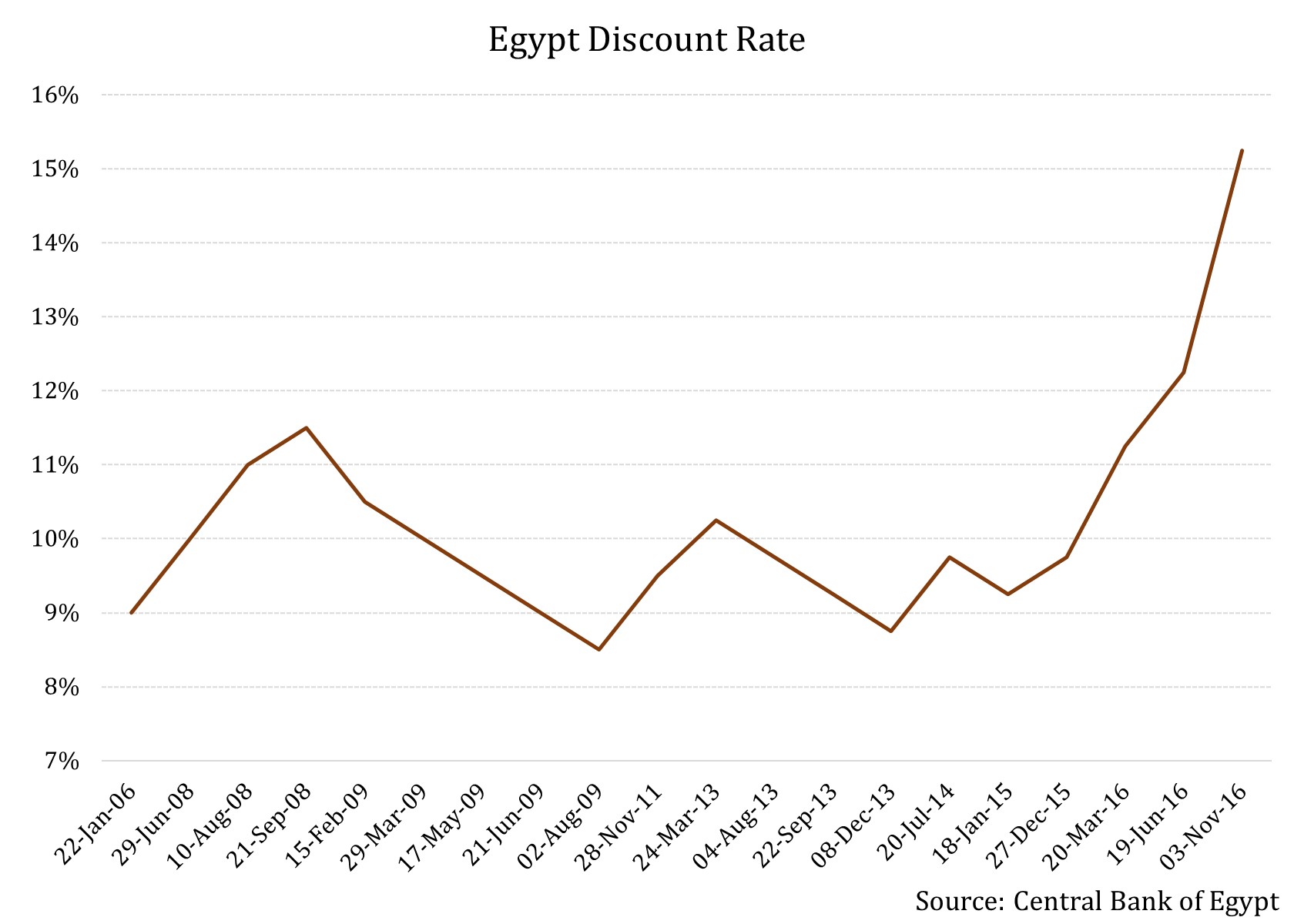 The other aspect which could hurt the country’s economy is the unwillingness of the government to push through needed economic and structural reforms, given their slow pace in the past year. Their resolve would be tested in light of the high consumer prices.

Tourism – a major revenue stream – also remains a concern due to the total travel ban imposed by Russia and partial bans imposed by Germany and the United Kingdom.

Expectations for this year and beyond

Egypt’s expected economic growth is relatively low and inflation is expected to fall this year and the next.

FocusEconomics recently released its March ‘Consensus Forecast’ report in which it expected the country’s GDP to grow by 3.4% in fiscal year 2016-17 followed by 3.8% in the following year. Meanwhile, it expects inflation to average 20.2% in 2017 before declining to 14% in 2018.

Allowing the currency to float has been positive for the country as far as foreign currency inflows are concerned. FocusEconomics expects total investments to rise by 4.5% in 2016-17 and by 5.3% in 2017-18.

On another positive note, though domestic consumption may take some time to revive because of high inflation and subdued consumer confidence, manufacturing may be of help. As John Sfakianakis noted in his Bloomberg column, “Egypt’s automotive industry has become one of the largest in Africa, producing more than 100,000 vehicles a year and employing 75,000 workers.”

Meanwhile, exports should benefit from the weakness in the Egyptian pound.

Speaking of the local currency, for the final article we’ll look at it more closely to see how it can be a barometer of investor confidence going forward.