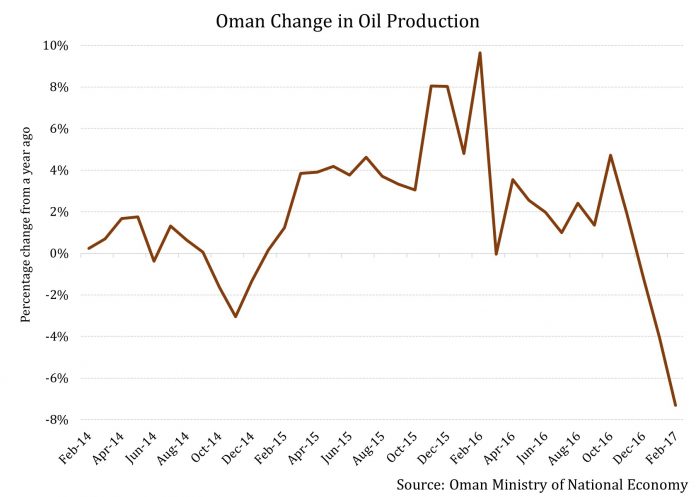 Rating agency S&P Global downgraded the sovereign credit rating of Oman to below investment-grade, or junk, on May 12. The rating cut was by one notch to BB+ from BBB-. Importantly, S&P kept a negative outlook on its rating, implying that there was a significant chance of a further downgrade.

The main reason cited by the agency for the downgrade was the country’s sliding external reserves due to low crude oil prices. S&P held that the level of reserves was insufficient to mitigate the threat posed by low prices. It estimated that Oman’s net external asset position has fallen to 30% of its current account in 2017, from 60% a year ago. 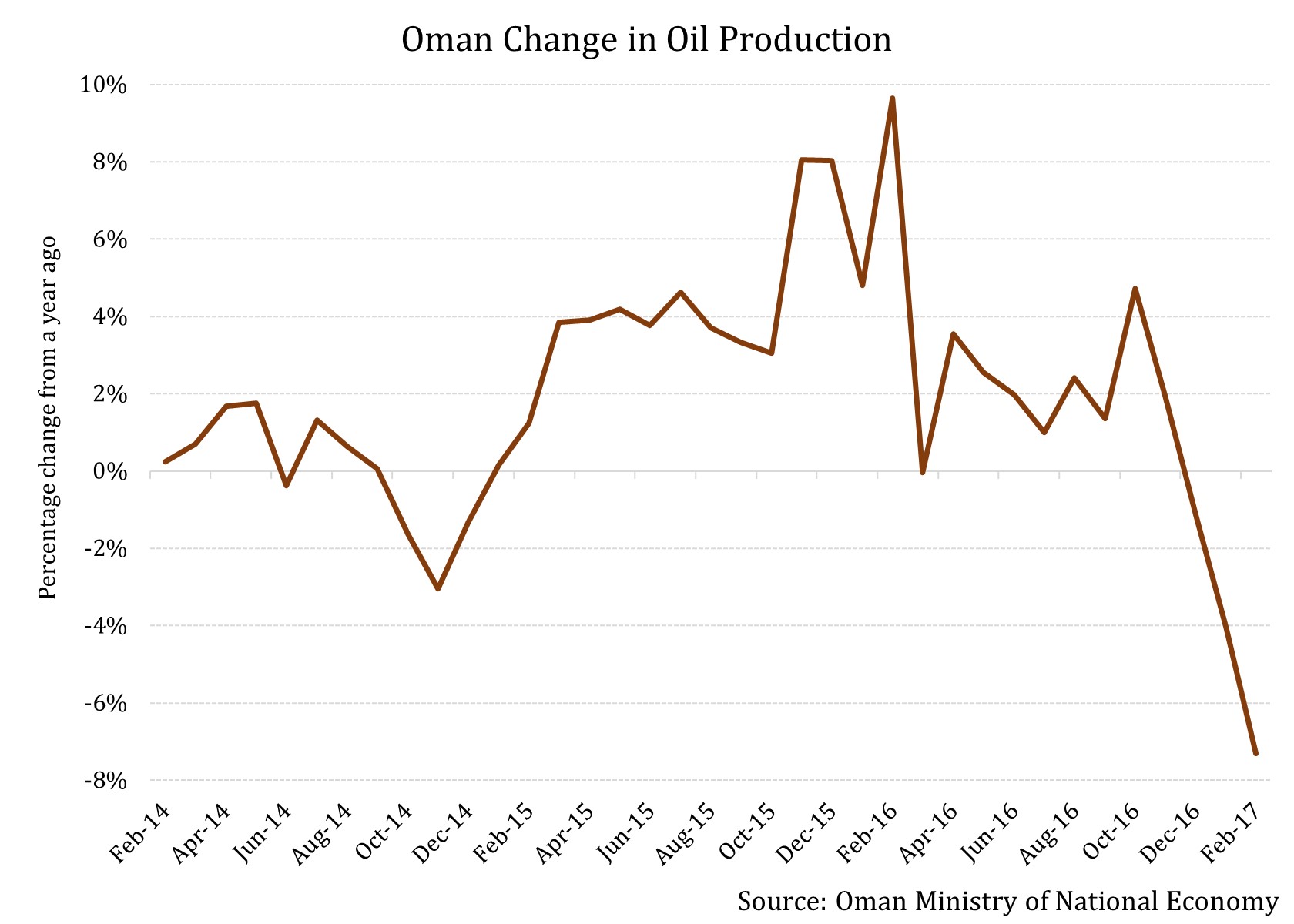 An obvious takeaway from this downgrade is that too much dependence on one commodity, product, or service is going to be seen as increasingly detrimental to a nation’s credit rating, in turn, impacting its borrowing costs, and possibly, its bond issuance plans.

Oman is the largest producer of crude oil in the Middle East outside of the Organization of the Petroleum Exporting Countries (OPEC). Before energy prices started declining in 2014, crude oil and natural gas production used to form about half of the country’s gross domestic product (GDP). According to official statistics, oil and gas exports formed 58% of all exports in 2015.

The reason that Oman found itself in trouble in terms of external reserves was that, apart from the declining crude oil prices, it does not have reserves as large as some of its OPEC peers. Further, in the oil production cut agreement last year, Oman had decided to reduce its output by 45,000 barrels per day until June this year.

This fact, coupled with its dependence on oil revenues, was responsible for the downgrade.

This can be seen as a cautionary tale to countries such as Nigeria, which are also dependent on oil exports for revenue. Nigeria, 90% of whose exports are petroleum products, has been trying to diversify its economy. A downgrade in its credit rating would negatively impact its plans to raise money overseas, which until now, has been quite successful with its international bond sales.

In the next article, let’s take a closer look at the international bond issuances.