On Monday, September 25, the government of Iraqi Kurdistan will hold an independence referendum. Although the vote will not trigger any immediate change to the nature of the Kurdish sovereignty in northern Iraq, the outcome of the ballot could have a significant impact on the country’s oil exports. This piece explores the history of the oil industry in Kurdistan.

The development of oil and gas reserves in the autonomous Kurdish Region of Iraq (KRI) is a recent phenomenon which began after the 2003 U.S.-led invasion of Iraq. Despite the KRI’s significant energy potential, it was impossible for international companies to consider investment prior to this date, mostly because of geopolitical uncertainties after the Iran-Iraq War. Above all, the 1988 Anfal genocide perpetrated by the Iraqi army devastated much of the KRI.

The Past: Autonomy, investment and disputes with Baghdad

After gaining de facto independence at the end of the First Gulf War, the KRG started to place the exploitation of the region’s natural resources at the heart of its development strategy. Two oil wells were built in the Taq Taq field between 1994 and 1996,  but major sources of political risk remained, including UN sanctions and heated rivalries between the two main Kurdish political parties, the Kurdish Democratic Party (KDP) and the Patriotic Union of Kurdistan (PUK). Consequently, the KRI’s energy development remained limited until the overthrow of the Hussein regime.

The ratification of the 2005 Iraqi Constitution codified Kurdish regional autonomy and opened the way for oil companies’ investments. In July 2002, Genel Energy signed a production-sharing contract for the Taq Taq field. Three years later, the Switzerland-based Addax group also invested in Taq Taq, while the Norwegian company DNO began exploration operations in 2004, which led to the discovery of Tawke field in April 2006. Other foreign companies established a presence in the region, such as Canada’s Western Oil Sands, or UAE’s Dana Gas and Crescent Petroleum. Under the guidance of Natural Resources Minister Ashti Hawrami, the KRG pursued an investor-friendly policy that provided the region with the necessary infrastructure and extraction capabilities.

The minister’s bold tactics culminated in July 2009, with local Kurdish oil company KAR Group taking control of the Khurmala field. Located in the northern part of the giant Kirkuk field, the Khumarla field had always been operated by the Federal Iraqi North Oil Company. However, the takeover came at a price: the advent of the KRI as an important producer of crude oil led to major disputes between the KRG and Baghdad regarding a revenue sharing formula. 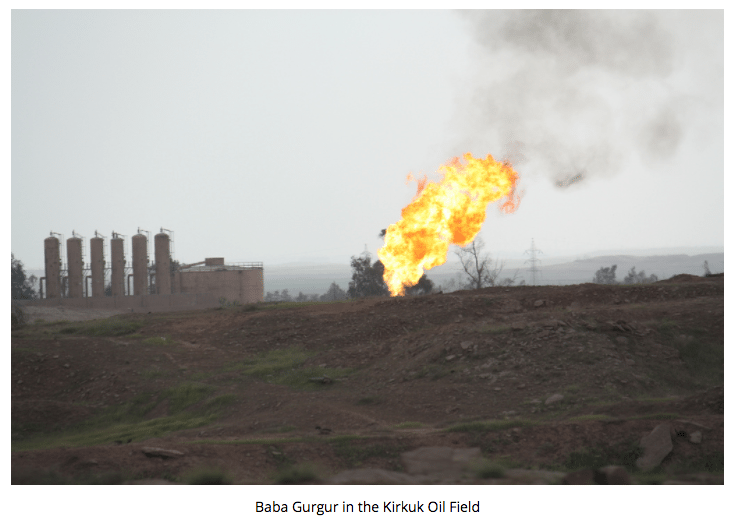 At the heart of the dispute is the question of oil ownership under the federal structure of the Iraqi state. Whereas Baghdad denies the right of Kurdistan to conclude production-sharing contracts without the prior approval of the central government, the KRG claims that it has a right to do so under the 2005 Constitution. Erbil bases its argument on Article 112.1, which states that ‘present oil fields’ should be jointly managed by the federal government, oil-producing governorates and regional governments, implying that regions and provinces have an effective control over new exploration and production. By this argument, the KRI meets the criteria mentioned in Article 117 to be considered as a federal region. Relying on the definition of ‘present fields,’ the KRG has continuously asserted that it has a right to manage its oil resources. Conversely, Baghdad has emphasized Article 111 which states that ‘oil and gas are owned by all the people of Iraq in all the regions and governorates.’

In August 2007, following the failure of negotiations with Baghdad over a National Hydrocarbon Law, the KRG adopted its own Oil and Gas Law, a move that considerably angered the central administration. In response, the Iraqi Federal Ministry of Oil blacklisted several Kurdish energy companies and stopped oil exports to SK Energy and to OMV, two companies which had previously signed production-sharing contracts with Erbil. Other companies were subsequently blacklisted, including oil giant Chevron. However, Baghdad’s approach resulted in a loss of credibility because of double standards – companies such as ExxonMobil, Gazprom Neft and Total were not banned because they were already engaged in several major projects in federal Iraq. 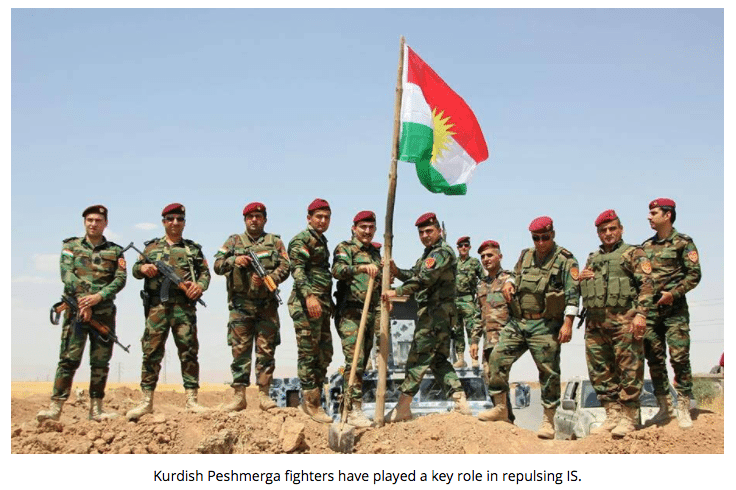 At present, the KRI’s well-trained militia, the Peshmerga, have retaken most of the lost territories and seized the oil-rich region of Kirkuk and other territories disputed by the KRG and the central government. Therefore, the KRG appears to be in a stronger position than the Iraqi federal government. Thus, if the outcome of the referendum will be to engage the KRG in a negotiation for its independence, the logistics of detaching the KRI’s main oil fields from Baghdad’s (already limited) administrative control could lead to a conflict between the two parties.

The future: A glimmer of hope for the oil industry in Iraqi Kurdistan?

Although media reports have regularly estimated KRI’s oil resources to be about 45 billion barrels, according to the International Energy Agency’s 2012 Iraq Outlook, the KRI contains 4 billion barrels of proved reserves. Other estimates made by the KRG or the U.S. Geological Survey tend to be much higher because they include unproved resources and exploration potential.

However, there are several favourable factors that need to be considered in evaluating Kurdistan’s energy sector prospects, first and foremost the rise in oil prices due to OPEC members’ recent decision to cut production, which is moderately positive for development of new oil resources. Secondly, there is the retreat of ISIS troops, which improves the region’s security profile and tentatively removes a factor that had discouraged investment. Third, the Kurdish government recently started to catch up on overdue payments to oil companies, which could convince other energy giants to establish large-scale projects in the region. Finally, Russian oil major Rosneft announced on September 18th that it will invest in gas pipelines in the KRI, with exports due to begin in 2020.  The combination of these developments means Kurdistan could still receive considerable energy investment once the uncertainties surrounding the referendum have settled.

Leo Kabouche is a Political Risk Analyst at Global Risk Insights. As originally appears at: http://globalriskinsights.com/2017/09/struggle-kurdistans-oil/