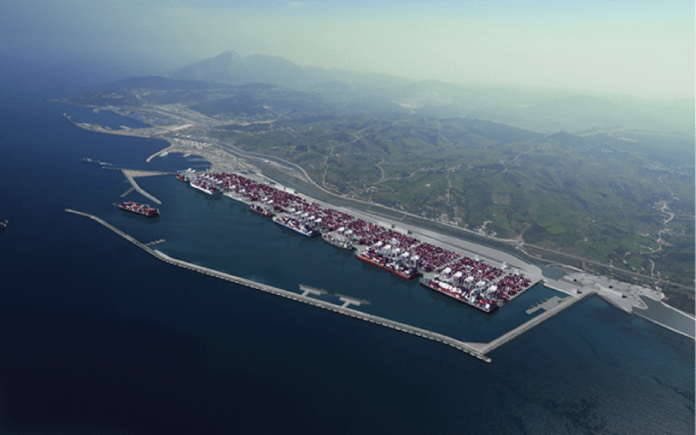 Tangier shows promising growth prospects with the development of the Tanger Med Port, a revival of the old medina, and plans to boost tourism.

The old cliché of Tangier, Morocco is its dated reputation as a bohemian haven with a seedy port town-flair. This was the city that the Beat writers of the 1950s called home. The region has been somewhat neglected by the government in recent decades, in favor of tourist havens such as Marrakech or Fez. However, Tangier has been receiving some well-deserved attention during the past decade, intensifying over the past couple of years. With the ongoing mega development of the Tanger Med Port, a revival of the old medina, and government plans to capitalize on its strategic tourist location on the doorstop of Europe; there are several areas to watch as growth and prosperity are on the incline.

The state-of-the-art Tanger Med port on the Straight of Gibraltar has recently reached the productivity levels of Durban, South Africa. The northwestern point of Africa now houses the largest shipping port on the continent and will be able to process over eight million TEU (twenty-foot-equivalent units) annually by next year.

At the time of writing, some businesses have shifted from the Spanish port of Algeciras to Tangier due to attractive pricing. There could be competition on the horizon as Algeria has approved a new deep-water port. However, for the time being, the Tanger Med port has turned the city into a global commercial hub.

Tourism is expected to grow by approximately 5% annually in Morocco for the coming decade. The first half of 2016 was shaky due to regional fears; in February and in July, authorities arrested extremists planning attacks within the Kingdom. The 2015 beachside shooting in Tunisia, as well as a 2011 attack in Marrakesh itself where 17 people were killed, bolstered skepticism about the region in general. In spite of these incidents, Morocco has retained its relatively secure image.

With the aim of boosting Morocco’s economy, another flashy edition to the shores of North Africa is a rail line built for high-speed TGV trains imported from France and supported by a consortium of international backers. Hoping to double the number of passengers that dart between cities, the TGV cuts the travel time from Tangier to Casablanca in half.

Tangier’s old city ‘medina’ is being revitalized from the inside out, with rustic ‘Riad’ hotels and plenty of fine dining options dotting the narrow streets. In addition, the northwest region of the country holds many touristic jewels – some quietly believe that the area could one day become more popular than Marrakesh. Spots like Chefchaouen and the Spanish enclaves Ceuta and Melilla are nearby, while ferry routs make it ever easier to reach from Europe.

Voluntarily departing 33 years ago when the Sahrawi Arab Democratic Republic (SADR) was admitted, Morocco has been readmitted into the African Union (AU): the conglomerate of African countries that fosters cooperation and unity among the 55 member states.

With the news that Morocco would be rejoining the AU, King Mohamed VI visited several African countries, showing an enhanced focus on Moroccan-African relations. Inherent to the rapprochement is an unspoken will to find common ground on the Western Sahara question that has threatened Morocco’s political relevance for decades.

While commercial development on Morocco’s northern coastline continues, some have noted that the plans do not address the roots of regional malaise. Unemployment among Moroccan youth is dire, as approximately 25% of those with degrees lack meaningful work. Hoping to increase access to jobs through massive development projects goes against the grassroots methods of bottom-up micro financing and instead takes a top-down approach; there are concerns that this is insufficient in addressing local needs.

A further caveat to the country’s cautiously positive outlook is the ‘blockage’ facing the Moroccan government; the parliament has not been able to form a government since elections in October 2016 due to party infighting and differences of opinion.

In addition, Morocco recently moved to ban the sale of the full face covering ‘burqa’ within the Kingdom of Morocco, citing security concerns as identities can be hidden with the garment’s use. While the measure aims to minimize threats from individuals associated with the so-called Islamic State (IS), proponents of the burqa could exploit the ruling as a grievance that justifies violence. This not only could provide oxygen to extremist flames, but also sow division within Moroccan society. Moroccan counterterrorism strategy has been focused on countering violent extremism for over a decade, yet cells affiliated with IS are periodically uncovered by security services. The ban could either exacerbate or ameliorate these tensions.

As originally appears on: http://globalriskinsights.com/2017/02/three-reasons-keep-eye-tangier-morocco/