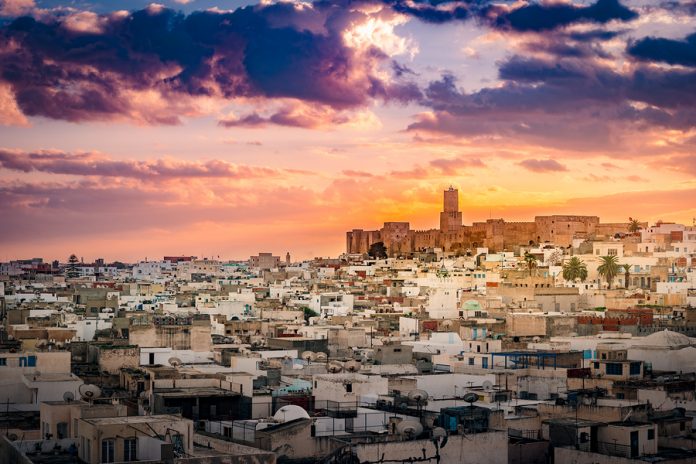 A major new government crackdown on corruption is being seen by some as political opportunism, amid recent signs of a wavering commitment towards greater transparency.

Earlier this month, Prime Minister Youssef Chahed, quoted in local newspapers, described the country’s struggle against graft as a “long-term war, a sustained policy”. His remarks followed a wave of arrests of prominent businessmen as part of what the authorities have described as an unprecedented campaign against corruption.

Tunisians overthrew the corrupt regime of Zine El Abidine Ben Ali in 2011, sparking the Arab Spring protests that swept across the Middle East.  But unlike its neighbours, Tunisia has been undergoing a much-praised democratic transition – although graft remains a serious problem and economic reforms have been lagging.

The head of the national body charged with combating corruption, Chawki Tabib, warned last year that graft had reached “epidemic” proportions. He said curbing the scourge would be more difficult than fighting terrorism. However, some progress has been made.  Laws protecting whistle-blowers and granting public access to information have been adopted, and draft legislation requiring officials to disclose their income and assets is before parliament.

Yet the government has struggled to dismantle the system of laws and administrative practices that protected the interests of Ben Ali, his family and cronies.  “Graft was democratised after the revolution – before, it benefited a handful of prominent figures, but it spread to dozens, hundreds, and then thousands of people who knew how to play the system for their own gain,” Tabib told the Carnegie Endowment for International Peace in May.

At the end of last month, the authorities arrested and seized the assets of eight businessmen on suspicion of corruption.   An investigation had revealed that the suspects, who have been placed under house arrest, had been involved in “relations that enabled them to illegally make huge profits”. Earlier, three businessmen and a customs official were arrested over graft allegations.

But the motives for the crackdown have been questioned by Tunisians whose faith in the government has been shaken by its renewed efforts to pardon those suspected of looting the country’s assets.  Some believe the latest anti-corruption swoop is less about curbing graft than  attempting  to diffuse unrest in the south of the country and political score-settling.

Last month, the security forces were deployed to try to quell demonstrations over unemployment and poverty after protesters sought to disrupt oil and gas installations. They had been demanding more energy sector jobs and a greater share of revenue generated by the industry. Tensions reached a pitch when a protester was killed in the clashes. Those detained in the anti-graft operation are also suspected of financing the protests.  There is speculation too that the arrests are part of an internal conflict within the ruling Nidaa Tounes party.  In April it was reported that some influential members suspected of graft were preparing to replace Prime Minister Chahed.

Questions over the corruption crackdown seem to have come to the fore because of the reintroduction in May of the controversial Economic Reconciliation bill.  Under the proposed law, those who profited illegally under the former regime would be offered an amnesty in return for paying back the funds they embezzled.

In mid-May, thousands marched through Tunis in protest against the bill, which was first tabled in 2015 by President Beji Caid Essebsi as a means of helping to revive the troubled economy.  He argued that it would enable the government to recover billions of dollars of looted funds and encourage former officials and businessmen to invest in the country.  But the draft legislation was repeatedly held up in parliament – and then postponed indefinitely – because of resistance from those who feared it would whitewash Ben Ali’s cronies and undermine Tunisia’s transitional justice process.

Three years after Ben Ali was overthrown, a Truth and Dignity Commission was set up to investigate human rights violations and graft during his tenure.  The organisation’s mandate is to arbitrate in these cases or refer them to the justice system.  Only last month, it heard testimony from Imed Trabelsi, a nephew of Ben Ali, who apologised on national television for corruption under the former regime.

Some rights activists argue that the Economic Reconciliation bill, which guarantees the confidentiality of alleged offenders who come forward, would take over the roles of the Truth and Dignity Commission and the justice system in investigating and prosecuting corruption crimes. According to Human Rights Watch (HRW), decisions by the body to be tasked with implementing the draft law would not be made public nor conveyed to the administration, while its mandate would not include investigating the inner workings of corruption under the former regime.

The campaign group claims the Truth and Dignity Commission has already encountered obstruction from government institutions in its efforts to investigate financial crimes and would lose the authority to do so if the new bill was passed.  Instead of helping to clean up Tunisia’s institutions by identifying corrupt officials and excluding them from public office, activists say the proposed legislation would entrench the culture of impunity in the country’s administration.

Parliamentary approval of the bill will require support from Nidaa Tounes’ coalition partner, Ennahda, which wants revisions  ensuring the Truth and Dignity Commission is not undermined. But even if amendments are forthcoming, the legislation sends the wrong signal to those Tunisians eager to see the government adopt a more concerted approach to both countering graft and promoting transparency.