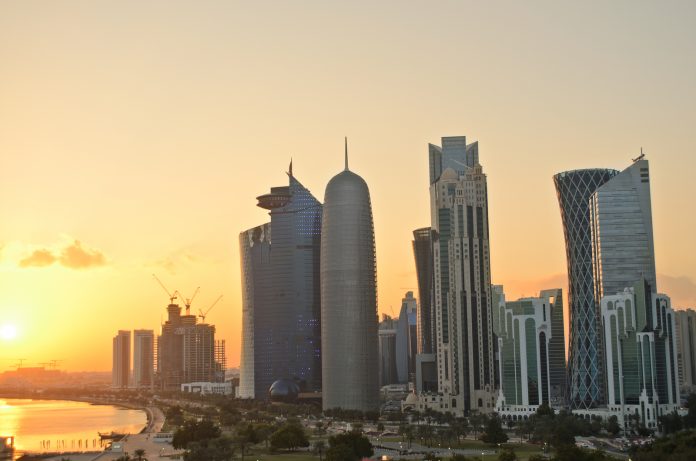 The diplomatic crisis resulting from sanctions against Qatar raises fresh questions concerning the political and economic environment in the Gulf.

Just a fortnight after President Trump’s visit to the Middle-East, many members of the GCC as well as Egypt, severed diplomatic, economic and security relations with Qatar. Saudi Arabia, Egypt, the UAE, Bahrain and Yemen, made this momentous decision, joined days later by Mauritania and the Maldives.

These measures are particularly hard for Qatar as this is not merely a closing of embassies. In 2014, Qatar had a crisis with its neighbours, who shut down their embassies to protest against Doha’s foreign policy. The crisis was resolved with an agreement, which Saudi Arabia now claims has not been respected by Qatar.

This time, in addition to cutting diplomatic ties, the five countries decided to enforce a major economic embargo against Qatar, which is financially powerful but geographically very small. The GCC is now caught up in the worst diplomatic crisis since its creation in 1981, dividing the organisation which yields great power within the region and with the entire group of Arab countries.

What are the origins of this crisis?

The official reason advanced by Saudi Arabia and its allies is that Qatar is a champion of sponsoring terrorist groups in the region, particularly in Syria. This foreign policy, in Saudi Arabia’s view, destabilises the entire region and is a potential danger for all neighbouring countries. Of course, the realities behind this unprecedented sanction against Qatar are more complex and each country has its own motives.

For Saudi Arabia, the first reason is the cordial relationship between Qatar and Riyadh’s rival, the Islamic Republic of Iran. Indeed, the Wahhabi Kingdom’s foreign policy is largely focussed on trying to weaken and isolate Iran, because of its significant influence in the region since the fall of Saddam Hussein in Iraq in 2003. There is relative consensus amongst GCC countries to isolate Iran. But for Qatar, Tehran is an important partner in the region and maintaining a good relationship with its giant neighbour is highly strategic.

For the UAE, Qatar’s support of the Muslim Brotherhood is the key to its adoption of the GCC sanctions. For the rich Emirates, the presence of many Brotherhood leaders as refugees in Qatar and the reality of Kuwait, where an Islamic party close to the Brotherhood has a majority in parliament, is perceived as a looming threat to its own regime model.

For Egypt, similarly to the UAE, the objective behind these sanctions is to push Qatar to stop its political support to the Brotherhood and Hamas. The current Egyptian president came to power through a military coup against Mohamed Morsi, the first democratically elected President and also a member of the Brotherhood. As such, the support of Qatar weakens the stability of the Egyptian military regime.  Indeed, Al Jazeera channel was covering the Arab Spring and the massive purge against the Brotherhood in Egypt, adopting the Qatari monarchy’s very same position. Which bring us to the third reason which overlaps all the above.

For Egypt and Saudi Arabia who are both trying to establish leadership over the region, Al Jazeera is a significant obstacle. As one of the most popular news channels across the Arab world and the Arab diasporas, Al Jazeera has been a major player in displaying the violent repression of the Muslim Brotherhood, the complacency towards Gaza’s blockade by Israel and the continued bombing raids over Yemen.

Al Jazeera has thus been a frustrating hindrance to the popularity of those two regimes in the region. While they are the biggest Arab military powers, they haven’t been able to impose their politics on the region. As such both King Salman and President Al-Sisi want a shutdown of Al Jazeera, putting it at the top of the list of demands to end the sanctions against Qatar.  For these three particular reasons, the coalition increases the pressure on Qatar day after day.

What are the direct consequences of these sanctions?

With the highest GDP per capita in the world, Qatar’s Al-Thani family knows that the pressure from its neighbouring countries against its economy will not affect the population’s support of the monarchy. The risk of revolution or regime change by internal or external agencies is totally ruled out, which explains the lack of violent reaction or panic by the authorities.

Moreover, the main resource of the country is gas and the exports of this resource is mainly by sea. While Qatar can still export through international waters, via Iran’s and Oman’s coast, it has to face the challenge of finding new ports. The Emirate of Fujairah in the UAE has the biggest export fuel hub in the Middle-East and Qatari ships are no longer authorised to go through that port. As a result, Qatar had to book new refueling stops in Gibraltar, Singapore and other shipping fuels hubs. As long as the Suez Canal is not closed to ships from Qatar, the perturbation will be minor. Many attribute the non-banning of Qatari ships from the Suez Canal to Egypt’s willingness to preserve the canal as a free and reliable area for navigation.

Doha also exports natural gas through a pipeline with a capacity of 3.2 billion cubic feet per day of gas, which passes through the UAE and Oman. If Qatar decides to shut down the pipeline in reaction to the UAE’s sanction, it will cause a major problem for the UAE in terms of electricity supply, especially during summer when the consumption is higher. Oman, which does not like Saudi hegemony in the region, could blame Riyadh for its own gas shortage.

The main challenge for Qatar is to sustain its imports to maintain supplies of various essential items. Qatar is largely dependent on food imports; 40% of these imports come from its border with Saudi Arabia. Saudi Arabia and the UAE announced the end of sugar exports to Qatar, a product with a high consumption during the month of Ramadan. Moreover, many imports transit through the Jebel Ali port, which is the largest in the Persian Gulf, located near Dubai. Iran has already offered to open its commercial ports to Qatar, but the political risk of this agreement is that it may increase the sanctions against Qatar.

In addition to food imports, the flagship of the aeronautics industry of the country, Qatar Airways, is directly affected by these sanctions. Qatar Airways and Doha International airport are prosperous only because of the strategic air connections the country offers; with the ban of overflight by Egypt and mostly Saudi Arabia, many flights will be longer and more expensive, and the direct competitors of the region like Emirates and Turkish Airlines will take on Qatar Airways’ market share during this crisis.

Mohamed bin Abdulrahman Al Thani’s reaction shows the refusal of Qatar to change its foreign policy and then to face sanctions. Qatar will have to accept the Iranian offer to make available two of its ports and use Qatar Airways cargo planes to bypass the embargo. Regarding the diplomatic crisis, Doha will try to ensure its direct security with Turkey, with whom it already shares several diplomatic stances in the region, and with the United States, by offering Washington more guarantees on the Syrian civil war. Qatar’s strategy is easy: avoid direct confrontation while circumventing the embargo with new international partners.

What can we learn from this crisis?

Qatar’s foreign policy doctrine of soft power, with Al Jazeera, the organisation of the World Cup of 2022, and massive investments in western countries were supposed to be an expensive guarantee of Qatar’s protection. In addition, Qatar is home to an American military base, the biggest in the region. Today, Doha is discovering that the situation is not like the Kuwait invasion in 1990; now, every western country which has important interests in Qatar has more with the Al Saud family.

Since the beginning of the crisis, Washington, London or Paris, have all been very discreet and their reaction was not a clear support for Qatar. The support of two big regional powers, Iran and Turkey, are the only real support Qatar has today; the geographical situation of Qatar puts it at the mercy of GCC countries, especially Saudi Arabia.

The Emir of Kuwait, Sheikh Sabah al-Ahmad Al-Sabah, is currently trying mediation in this conflict. The Emir is actually a person with an insight into the situation, as his own country also tried in the 90’s to have an ambitious foreign policy, until Iraq reminded them that no matter which huge financial power the country had, in international relations it is hard power that always wins.

More than every special relation that Qatar has with western countries, it seems like Turkey is the only regional power which can take diplomatic risks to rescue the little Emirate. We will certainly witness an enforcement of the strategic partnership between Qatar and Turkey, which will have the opposite effect on Saudi Arabia’s intended outcome. Far from isolating Qatar and its foreign policy, we might see the emergence of a new bloc in the Middle East which will combine the regional power of Turkey, and the financial power of Qatar, in opposition to Saudi Arabia’s foreign policy.

Anas Abdoun is an analyst at Stratas Advisors. As originally appears at: http://globalriskinsights.com/2017/06/outcome-qatar-crisis/