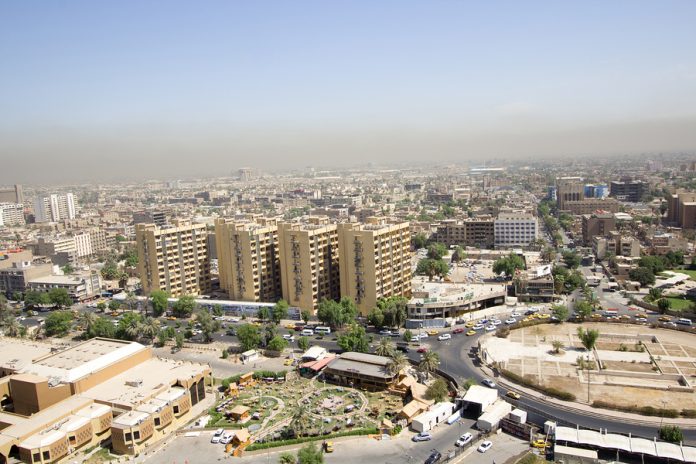 Having put Islamic State to the sword, Iraq’s premier Haider al-Abadi has now set his sights on a new challenge – curbing the country’s endemic corruption, a struggle that must be won if his ambitious plans to revive regions devastated in the war against the insurgents are to be achieved.

The government has estimated that it needs $100 billion in reconstruction funds over the next ten years to restore Sunni cities and regions that bore the brunt of the conflict. Abadi is widely respected across Iraq’s highly sectarian political landscape, but in order to win the support of Sunni voters in elections next year he will need to demonstrate substantial progress on pledges to rebuild their heartlands.

The international community appears ready in principle to back Abadi’s rebuilding efforts though the scale of its support will likely be predicated on whether the country has the systems in place to ensure that funds are used effectively. So far, about half a billion dollars of assistance has been pledged. A donors’ conference in Kuwait early in 2018 is expected to secure more finance – however, Iraqi hopes of a Marshall Plan-like settlement for their country currently seem unrealistic.

While there is no shortage of goodwill towards Iraq, with world and regional powers acutely aware of the need to stabilise the country to avert an IS resurgence and stave off Iranian influence, there are real concerns that funds will be misspent or lost to corruption, as they were following the toppling of Saddam Hussein. A 2013 US government audit of its financing of Iraqi reconstruction over the previous decade, which came in at around $60 billion, found that nearly 15 per cent of  money had been wasted, with American military oversight of projects sharply criticised.

Iraqi leaders will be conscious that donors’ concerns over the distribution of funds may limit contributions, which is why they aim to supplement the latter with private investment. Already, Britain has earmarked $12 billion in loans available to UK companies engaged in Iraqi infrastructure projects. Baghdad is hoping that investment is directed towards public/private partnerships and the nascent small-to-medium-sized business sector, which could play a critical role in helping Iraq diversify its oil-dependent economy.

In the wake of IS’s defeat, Abadi launched what he described as a war on corruption. This has resonated strongly with many fellow Shia leaders – notably the hugely influential Muqtada al-Sadr – and Sunni politicians, whose constituencies want an end to a scourge that has blighted the country. The premier has been under pressure to act for some time. Last year Sadr supporters twice stormed the heavily fortified Green Zone, which houses government buildings and embassies, in protest over perceived government foot-dragging.  But fraud is so endemic that Abadi may struggle to make any headway. Some critics suggest that his combative pledges are little more than rhetoric aimed at boosting his electoral prospects or just a ploy to neuter political rivals.

Yet there are tangible signs that Iraq is committed to tackling fraud. In August a court jailed 26 high-ranking officials for up to 15 years after they were convicted of corruption. They included former ministers of defence, electricity and agriculture. It was a ground-breaking development as political interference in the judiciary has undermined efforts to prosecute and convict those suspected of graft.

The likes of the IMF will probably be looking for concrete state sector reforms which, even if Abadi is minded to introduce them, would meet considerable political resistance, possibly even from his own ruling Dawa Party. Cutting civil service jobs and salaries would undermine a deep-seated system of cronyism and patronage. It enables many parties to fund themselves and keep their constituencies onside – the former from kickbacks and the awarding of contracts to party-affiliated companies, the latter through the provision of public sector posts, which often furnish the incumbent with significant money-making opportunities.

Little wonder then that Abadi has warned that his battle against corruption may be more difficult than the one against IS. It might also explain why he is encouraging more private sector involvement in Iraq’s reconstruction, although overseas investors, like international lenders and foreign governments, will want to be reassured that they will not be channelling money into black holes.

So far, Abadi has been saying and doing the right things, albeit without really addressing government rent-seeking. Among headline anti-corruption measures, the courts will issue warrants against those who have allegedly smuggled money out of the country while contracts for past projects or investments that have failed will come under scrutiny. Sadr has been setting the pace by expelling dozens of people suspected of graft from his political movement.

Abadi has some time to formulate a more thoroughgoing anti-corruption strategy. His defeat of IS and retaking of the oil-rich city of Kirkuk from the Kurds has raised his stock among Iraqi Shia and Sunni communities who, for now, may feel that the jailing of officials for graft and robust pledges to tackle the latter are sufficient sign of progress. But international donors will likely want to see, at the very least, plans for substantial anti-corruption reforms as they assess how much they are prepared to commit to Iraq’s reconstruction efforts.

Ambrose Carey is a director at Alaco, a London-based business intelligence consultancy. He has particular experience in the Middle East, and has been involved in some of the most high profile asset-tracing cases of the past few decades.