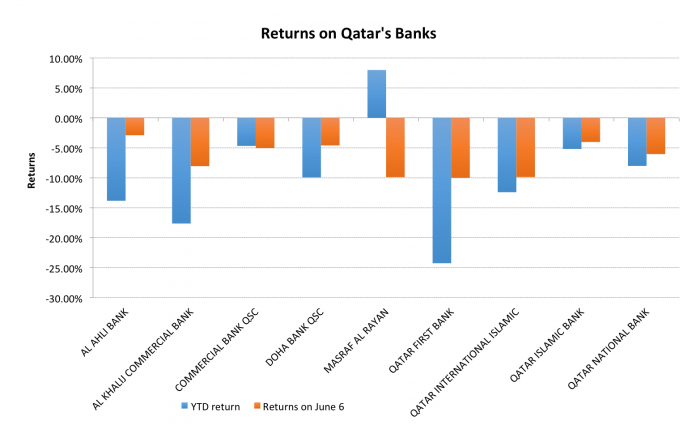 This is post 4 of 7 in the series “Citigroup: Six Potential Long-Term Impacts of Qatar Diplomatic Crisis” 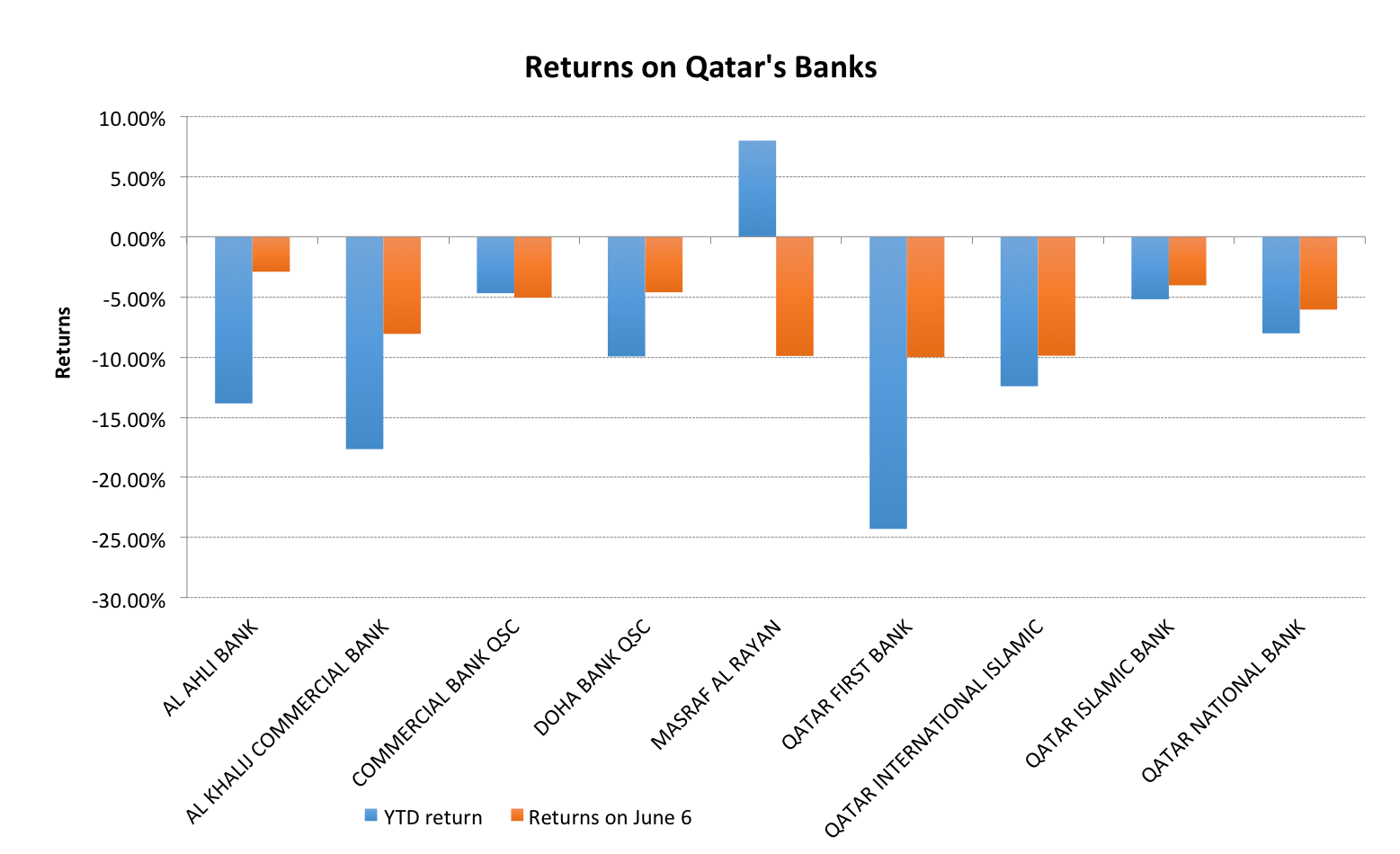 Qatar’s banks rely on foreign investments for their liquidity and with Saudi Arabia (KSA), Egypt (EGPT), UAE (UAE), and Bahrain cutting ties with the nation, these banks are strapped for liquidity. Analysts expect the cost of funds to increase for Qatari banks. Citi analysts Farouk Soussa and Luis Costa mentioned that falling oil prices in the last two years have severely impacted Qatar’s banking sector and led to a sharp rise in foreign liabilities. They believe the current conflict would make financing of external liabilities for these banks more expensive and wholesale funding difficult to secure.

Aarthi Chandrasekaran, vice-president for research at Shuaa Capital PSC in Dubai advises investors to stay away from Qatari banks. “QNB (Qatar National Bank) is heavily reliant on foreign funding and is highly exposed, accounting for about 10 percent of revenues, to the GCC and Egyptian markets.” In case the tensions persist, she expects bank stocks to suffer. “We expect Qatari bank valuations to trend lower, thus narrowing the valuation the gap of about 50 percent with their GCC peers and signaling a new normal,” Chandrasekaran said.

Additionally, Gulf banks in Saudi Arabia, UAE, and Bahrain are liquidating their exposure to Qatar amid concerns over the further escalation of tensions in the region. Some banks in the region have stopped trading in Qatar bonds and the riyal, and are withdrawing their deposits in Qatar’s banks.

Arqaam Capital analysts Jaap Meijer and Michael Malkoun said in a June 6 report, “The broadening of financial sanctions could have ramifications as the leading Qatari banks such as Qatar National Bank rely heavily on foreign funding, which could cool down its credit boom.” They continued, “However, only 4 per cent of QNB’s deposits come from the four countries, excluding QNB Egypt, which is a stand alone operation.”

This is post 4 of 7 in the series “Citigroup: Six Potential Long-Term Impacts of Qatar Diplomatic Crisis”