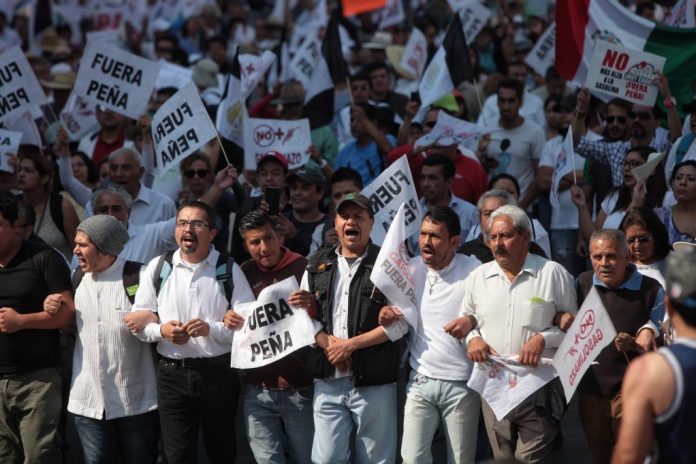 Not a happy new year

Some of us waltzed our way into 2017, while others decided to bring it in quietly with family and friends, but it was neither for the people of Mexico. To kick off the New Year, Mexicans found out they had to contend with a 14-20% hike in gasoline prices.

This gasolinazo, or the hurt caused by the surge in gasoline prices, has pushed Mexicans to the brink of a revolution rather than the typical New Year’s resolution to kick-off the year

Let’s look at the citizens’ side of things and why they are enraged.

A planned double-digit rise in any commodity is enough to spark public outrage. For a nation which is affected by widespread poverty, this spike is a severe blow.

Unemployment is not an ailment that troubles Mexico; jobless rate had stood at 3.5% in November 2016 – a nine year low. However, the daily minimum wage, as recently outlined by The Conversation, is just 80 pesos, or $3.6.

According to GlobalPetrolPrices.com, gasoline prices for Mexico stood at $0.81 per liter on January 16. Though this is less than half the price in another emerging market, Greece ($1.67), the low daily minimum wage in Mexico means that an individual earning at that level can buy little more than 4 liters of gas every day assuming no other expenditure.

The pinch of this hike does not stop there. Rocketing fuel prices have a direct knock-on effect on food prices due to the subsequent rise in transportation costs. For a nation that loves its tortillas, the ripple cause by a rise in maize prices is seen quickly. Mexicans would not have imagined that buying staple food items may become out of reach at one point of time, but for some, it already has.

With their daily lives being reengineered by the gas price move, Mexicans have taken to the streets given they have little to gain by continuing to earn their minimum wages.

Let’s look at this wage aspect a bit more closely in the next article.