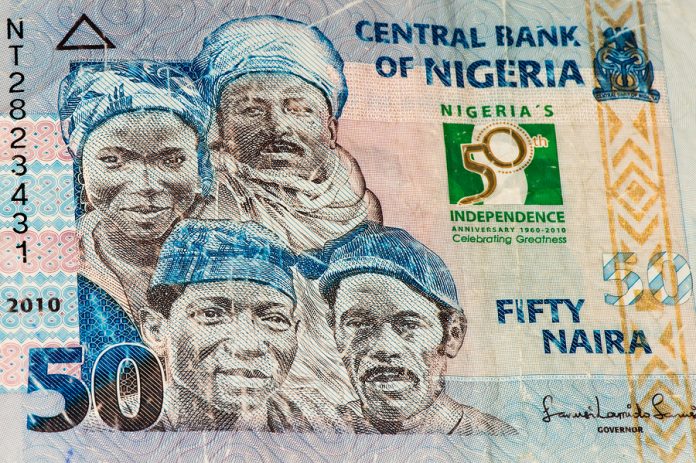 This is post 3 of 3 in the series “How A Depreciating Naira Could Impact Banks in Nigeria?”

IMF: The naira is overvalued by 20%

The Nigerian (NGE) economy is in immediate need of reform and restructuring. With lower oil prices having impacted its fiscal budget, and militant activities having impacted production in the economy, this African (EZA) frontier market (FRN) (FM) needs to quickly implement its economic recovery and growth plan. 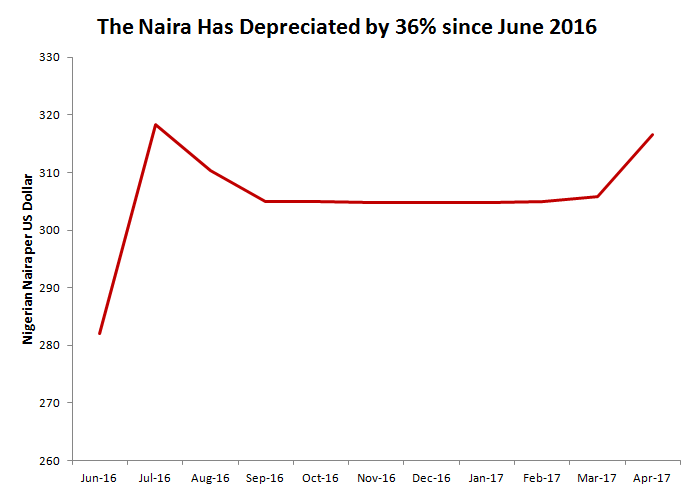 Gene Leon, the International Monetary Fund’s mission chief in Nigeria sees the naira as overvalued by as much as 20% currently. This is after the currency has depreciated by 36% against the dollar since June 2016 — when the central bank removed the currency peg to let the currency free float. Currently, the central bank has put certain trading and import restrictions in place to prevent the naira from dropping further. Leon believes that Nigeria should look at further foreign exchange adjustments, lest the economy experiences a disorderly depreciation.

Banks have benefitted from a falling naira

Yields on naira-denominated debt have been soaring over the past year; rising from less than 12% to over 16% currently, given the plunge in the naira’s value.

Banks, in particular, have been a beneficiary to the falling naira over the past year. The locally listed stocks of Nigerian banks such as The United Bank for Africa, Guaranty Trust Bank (GUARY), Access Bank, Zenith Bank, FCMB Group, and NPF Microfinance Bank have returned 93%, 93%, 86.4%, 51.6%, 32.6%, and 23.4%, respectively over the past 1 year (as of April 6, 2017). The US OTC market listed GDR of the Guaranty Trust Bank trades under the ticker GUARY.

On the London Stock Exchange, the bank trades under the ticker GRTB. GRTB is up 14.6% for the year ending April 6.

For investors in the region, it becomes very pertinent to understand the impact of the current and expected currency slide in Nigeria on portfolio holdings, as discussed next.

This is post 3 of 3 in the series “How A Depreciating Naira Could Impact Banks in Nigeria?”