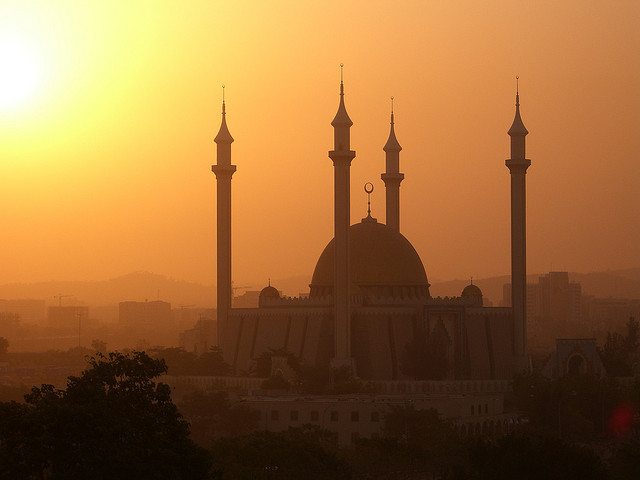 Our friends over at African Defense Review have an excellent podcast on Nigeria’s political predicament and their government’s recent decision to postpone elections.

Between the sour political climate, a brutal insurgency led by Boko Haram (literal translation: ‘Western education is forbidden’), and falling oil prices which are expected to reduce GDP growth from 7% to 5% this year, Nigeria has had a rough couple of months.  And as if the situation were not already dire, both parties in the country’s contested elections are now being advised by American political operatives.

And the market, which is now the largest GDP on the continent of Africa (having recently surpassed South Africa), is very much on the radar.

In fact, Fortune’s recent article – focused on Nigeria – entitled Why Africa Might be on the Verge of a Tech Boom would still be true if it were written a few years back. Africa, and Nigeria in particular, is in the midst of a tech boom that outshines anything that it has seen in the past.

Undoubtedly, Nigeria’s booming population is creating a need for innovation and growth. The country has an estimated population of over 173 million, but in just 35 years it is expected to surpass the United States (whose population is nearly 320 million today).  Assuming current growth rates, its population will be nearly double that of America’s by the year 2100.  Unemployment – particularly amongst young people, where rates run as high as 50% – is systemic and potentially destabilizing, and must be addressed.

However, this potentially enormous market brings opportunities in proportion to its challenges.  According to McKinsey, by 2030, Nigerian consumers will collectively have US$1 trillion in discretionary spending power.  The opportunities for both locally-owned and foreign businesseswill be substantial.

Successful startups are often modeled after Western successful businesses – but with twists to fit into the local market. For instance, Easy Taxi Nigeria, modeled after Uber, has been a smash hit in Nigeria. Barely 16 months old, the company is growing into new markets both inside and outside of Nigeria. In Lagos, kidnapping for ransom has become an endemic problem. Easy Taxi’s product automatically hails a registered and licensed cab driver and applies GPS tags to ensure that the user makes it home safely.

Startups are solving problems in other areas as well. Irofit, a payment processing company, has developed a method to accept credit card payments from consumers where the vendor doesn’t have access to internet and be able to process the payments in real time through GSM connectivity.

Others are simply filling a vacant niche. Delivery Science provides affordable “big data” analytics to consumer goods companies out of Lagos that was previously only available to the likes of DHL and UPS.

These startups are blessed with a growing ecosystem that supports them at the early stages. Incubators and accelerators like 440.NG, The Tony Elumelu Foundation Accelerator, the Passion Incubator and many others are on hand to help aspiring entrepreneurs build promising companies.

Complaints are on the rise that Africa-focused NGOs are squeezing out venture capital and angel investors by offering cash with few or no strings attached.  However, all indications are that Lagos and its tech entrepreneurs are gaining traction in spite of the chaotic landscape of today’s Nigeria.