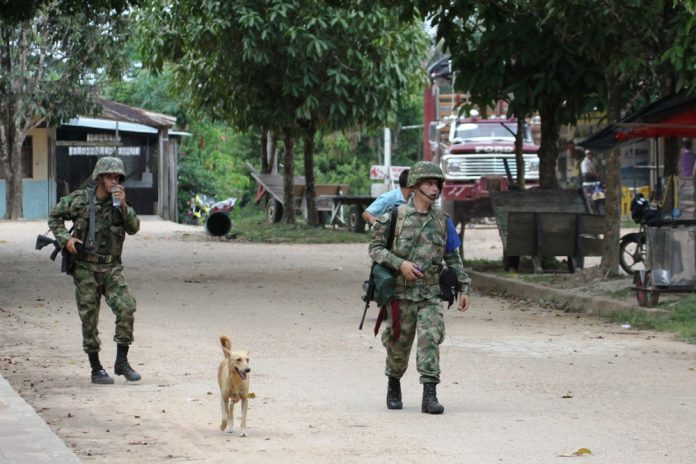 Adam Isacson is a Senior Associate with the Washington Office on Latin America.

Two weeks ago, the chairman of the Colombian Senate’s Peace Committee, Sen. Roy Barreras, estimated that if the Colombian government and the FARC guerrillas’ ongoing negotiations result in a peace accord, the total cost of implementing it will be about US$44 billion over 10 years.

If true, this would be a remarkable bargain. The Colombian government’s annual budget is now over US$100 billion. An additional US$4.4 billion per year over 10 years would not be too difficult to swallow.

A look at the accords reached so far, though, makes plain that Sen. Barreras is lowballing the cost by quite a bit.

Below is a list of commitments in the first accord (rural development policy) and the third accord (drug policy) that would affect conditions for Colombia’s campesino (small farmer) population in the countryside. Imagine that all of the commitments listed here would require the Colombian government to send about US$1,000 per campesino per year. That’s probably a conservative estimate. Let’s also conservatively estimate that there are 15 million people in rural Colombia (out of a country of 50 million) who could be considered “campesinos.”

The reforms and programs listed here are important and necessary, and represent what the Colombian government should have been doing for generations. The peace accords may commit the government to a catch-up effort in the countryside that, to meet expectations even partially, will cost far more than officials are currently estimating.

-Management of a Land Fund, including some purchases of under-used lands for distribution.

-National plan for irrigation and drainage.

-National plan for subsidies and credits.

Third accord: Solution to the Problem of Illicit Drugs