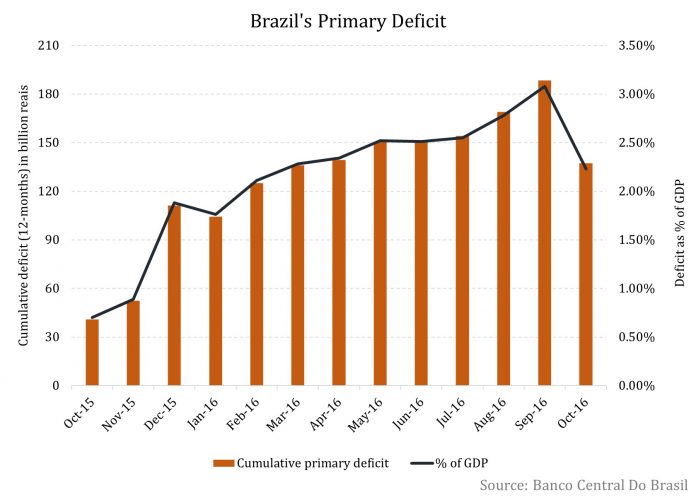 This innocuous looking code has got Brazil enraged. PEC 55 refers to a constitutional amendment which has placed a spending cap on government spending. The amendment was passed with a 53-16 vote in the second of two votes held on December 13, albeit by a lower margin that the government had expected. In the first vote that was held on November 29, the margin was 61-14.

The PEC 55 places limits on public spending across the legislative, executive, and judicial branches. The amendment, which was signed into the constitution on December 15, will allow public spending to henceforth grow at the rate of inflation recorded in the preceding year. Importantly, this is not for the short or medium term. The amendment will remain in place for 20 years.

Given the framework, the government has said that the budget increase for 2017 will be 7.2%.

As we have seen in the previous two articles of this series, Dilma Rousseff was impeached partly because of the negative impact of her economic policies. Michel Temer became President with one objective in mind: to get the Brazilian economy back on track. Reining-in public expenditure was a crucial goal for the Temer government.

Favorable vote on the PEC 55 can be considered to be a significant victory for the current administration and for Michel Temer’s ability to take tough decisions. However, it has resulted into the already unpopular President becoming even more so.

Regardless, the government says it’s not done with reform measures yet. Let’s look at another significant area of reform in the next article.