Philippine equities find themselves in the sixth spot when it comes to returns for January 2017. The MSCI Philippines Index has returned 5.8% for the month. The fact that in the three months to January, the Index contracted by 5.3% accentuates investor preference for Philippine equities in the month. In the five year period until January, the Index has returned 6.7%, making it the second best performer after the Index for UAE (United Arab Emirates).

The iShares MSCI Philippines ETF (EPHE), which tracks the aforementioned index, is up 7.1% since the rate hike by the US Federal Reserve on December 14, 2016. However, it is yet to recover from the surprise victory of Donald Trump as it is down 3.9% from November 8, 2016 until the end of January 2017. 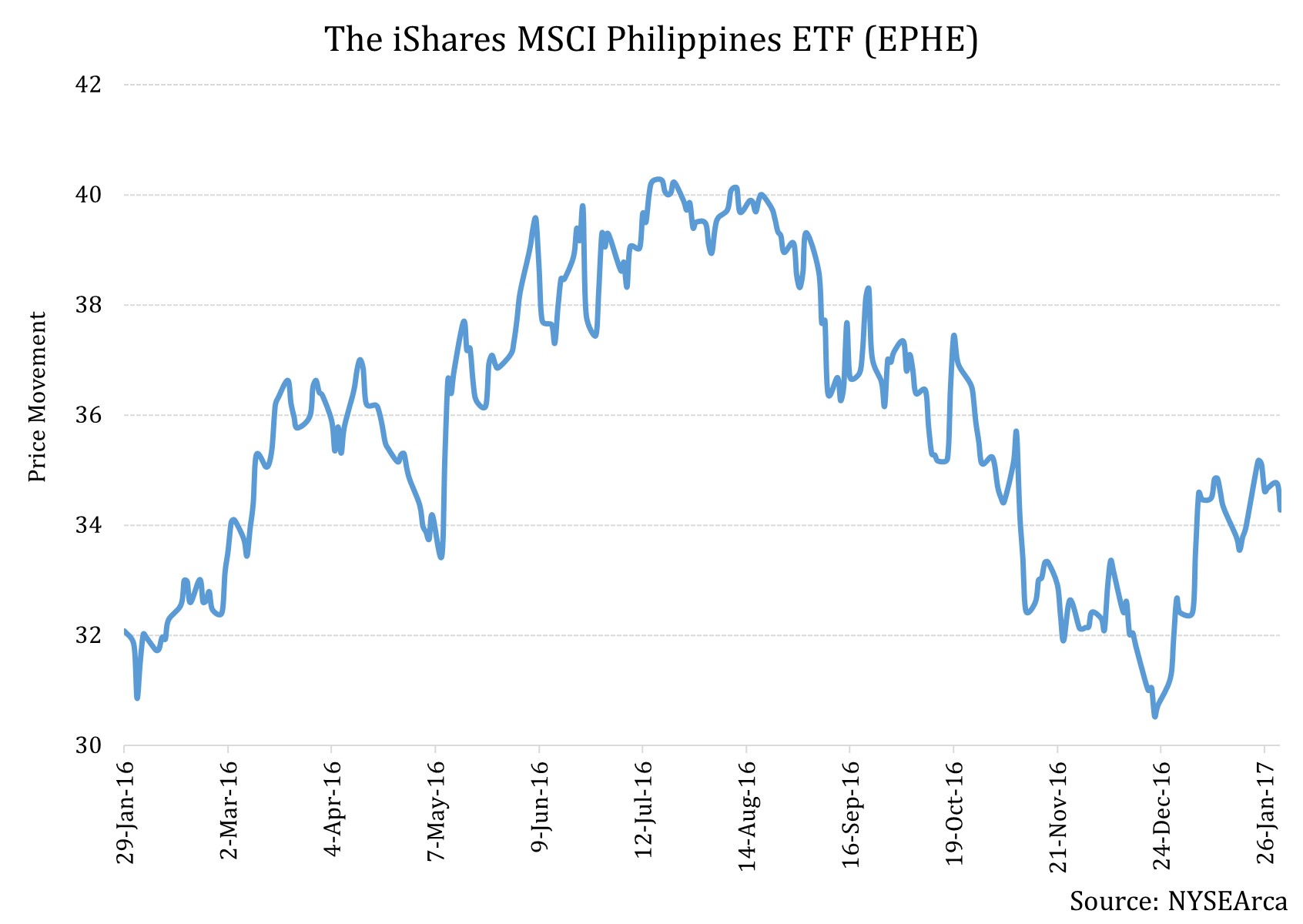 A major reason for the rise in Philippine equities is the deal that a Cabinet delegation struck while on a visit to Beijing. The delegation, led by Philippine Finance Secretary Carlos Dominguez, got a pledge of cooperation from China on 30 projects worth $3.7 billion aimed at reducing poverty in the Philippines.

Another reason for the rise was reports in the local media indicating the President Rodrigo Duterte may look closely at the possibility of increasing pensions under the social security system. A campaign promise of increasing pensions could be reconsidered because if it is not matched by increased contributions, it would increase the unfunded liabilities of the system.

Foreign buying also buoyed Philippine equites. However, US President Donald Trump’s conservative view on immigration and trade capped further gains towards the end of the month.

President Duterte has favored China over the U.S. since he came into office. So far, the US has not responded to his aggressive demeanor but given Trump’s views on trade, it’ll be interesting to see how the new administration treats the strategically important Philippines when it comes to matters of commerce. This becomes even more important in light of the outsourcing industry in the Philippines whose lion’s share of business comes from the US.

In the next article, let’s look at the fifth best performing emerging market for January.