Equity markets in Poland have had quite a noteworthy start to 2017. The MSCI Poland Index has posted a double-digit rise of 10.5% for the month of January, placing it as the second best performing emerging market for the month. The Index has done much better than the MSCI EM Eastern Europe Index, which is up just 2% in the same period.

The EM Eastern Europe Index is dominated by Russian equities, which form 73.3% of the index. Polish stocks form 18.6% of the index and have been the primary reason for the positive returns given that Russia has dragged on it.

However, over the medium to long-term, the Poland Index’s performance has been quite disappointing. Its three-year returns until January 2017 are down 11.5%, placing it among the bottom five emerging markets. Meanwhile, for the 10-year period, the Index figures among the bottom three. 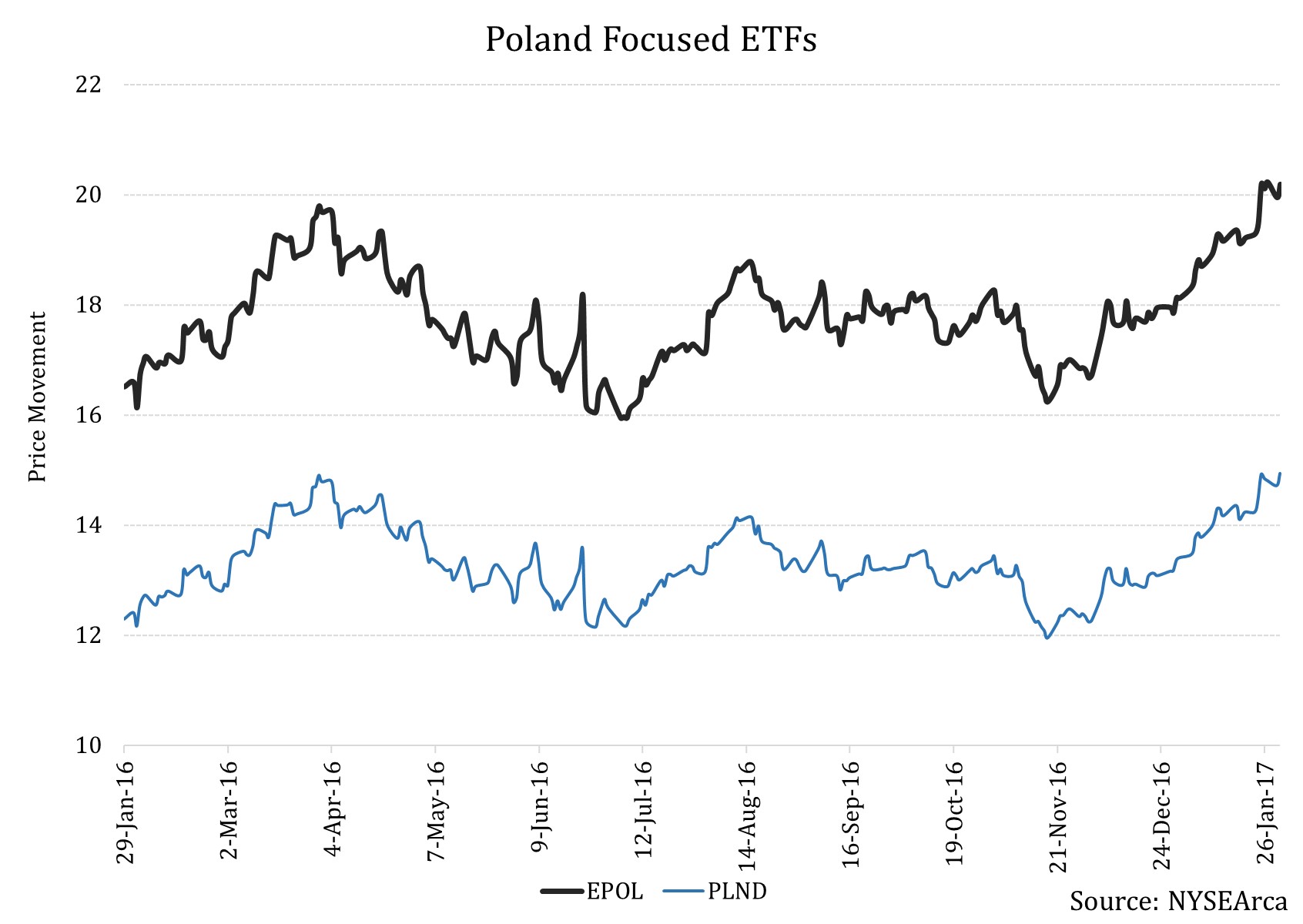 The iShares MSCI Poland Capped ETF (EPOL) and the VanEck Vectors Poland ETF (PLND) provide exclusive access to Polish stocks. Both have returned the same YTD for 2017, but PLND has outperformed the EPOL since the US hiked rates on December 14, 2016.

They key drivers for Polish stocks in January

Foreign buying was helpful to not just Polish shares but also the currency, the Zloty. The Trump administration was responsible to some degree for both the rise and some easing in Polish stocks towards the end of the month. His views on economic stimulus fueled foreign buying in Poland, but his stance on immigration led to some easing.

Intra-month Polish equities reached highs not seen since the conservative Law and Justice Party (PiS) won the elections in October 2015. Another factor which worked in favor of the country, though mostly for Polish bonds, was rating agency Fitch reaffirming its A- credit rating on the country following some fears of a downgrade.

One aspect which had hurt Polish equities in 2016 and still poses a risk is the less-than-friendly business policies of the present conservative government.

Macro economically, Poland appears well placed. However, the conservative views of PiS can weigh on investors’ minds when it comes to choosing emerging markets.

In the next article, let’s look at the best performing emerging market for January.