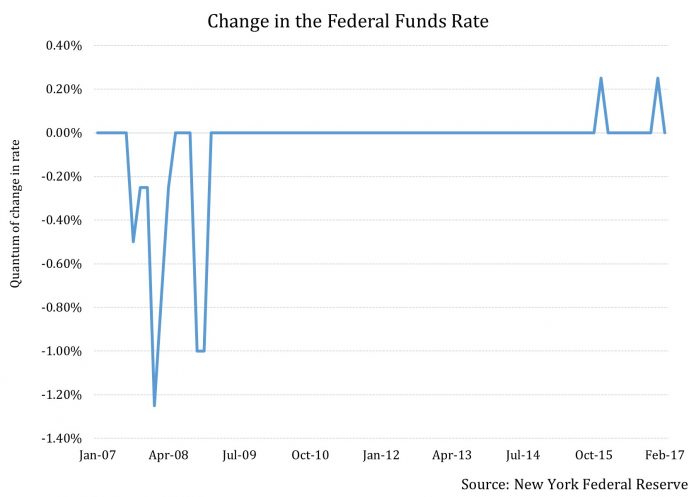 US to hike rates thrice this year?

In Marc Faber’s recent Economic Times interview, he talked about his views on emerging market equities, which we looked at in the previous article of this series.

A rate hike in the US continues to be cause for concern among emerging market investors (EEM). So, a related concern on the prospects for emerging markets is the pace of rate hikes in the US.

When asked whether the US Federal Reserve would hike the federal funds rate three times this year, as expected by a large section of the market, Faber believes that “the Fed may increase interest rates at some point, but they will probably leave real rates negative for a long time.” 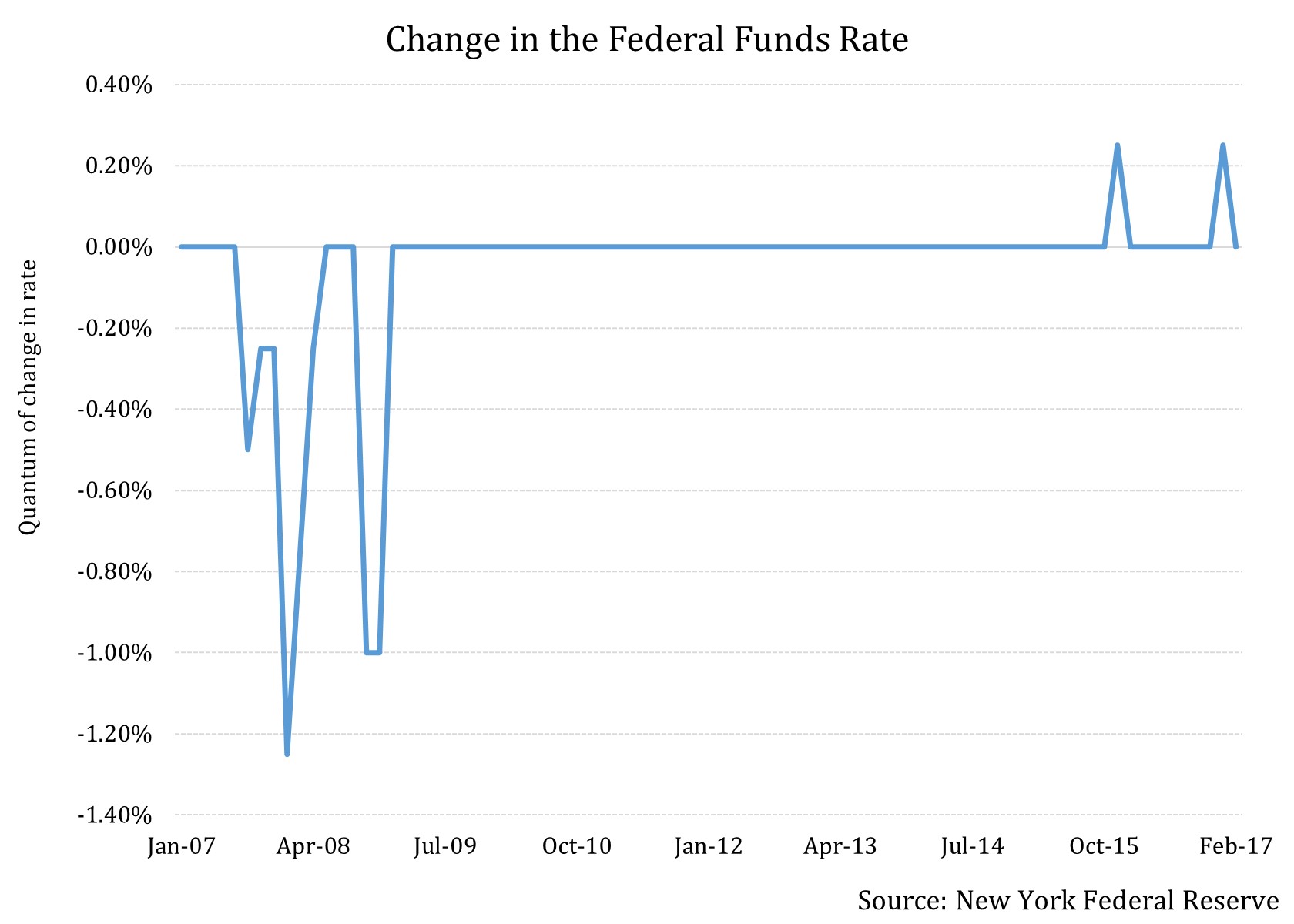 Economic weakness instead of strength?

He noted that property prices in the US are falling even though rental prices are holding steady, which indicates weakness in the economy.

There has also been debate about whether the Federal Reserve will have enough room to ease monetary policy in terms of cutting rates when the next recession hits. If we go by what Marc Faber believes, the Federal Reserve will provide liquidity to the financial system “with some sort of quantitative easing.” He holds that they may not call this operation quantitative easing, but its effect will be the same.

He argues that with the Fed having less elbow room to cut rates and with real rates remaining negative, quantitative easing would be the default remedy to support the economy.

How does this impact emerging markets?

If real rates remain negative in the US, then emerging markets (IEMG) with relatively solid fundamentals would not be as impacted by outflows as they usually are when the US central bank raises rates. This provides an argument for international investors looking to remain invested in emerging markets (EEMV).

His reading on economic weakness in the US is debatable, but if assumed to be accurate, there the inflows into emerging markets (VWO) of late will certainly continue.

Faber’s final major point of discussion was regarding trade protectionism in the US and China’s position on the same. Let’s look at this in the next article.