All for a loaf

Unrest gripped Egypt when people came to know that their ration of daily bread was being reduced. The country’s Supply Ministry had announced that government-subsided bread provisions were being reduced to 500 loaves per bakery under the ‘gold card’ scheme. This was a massive reduction from the 1,000 to 4,000 loaves which are normally assigned to a bakery given the number of beneficiaries in the locality it serves.

Though the order replaced an earlier mandate which had intended to slash supply of bread from five loaves per person per day to three, Egyptians were still enraged, with massive protests seen in Alexandria and Giza. 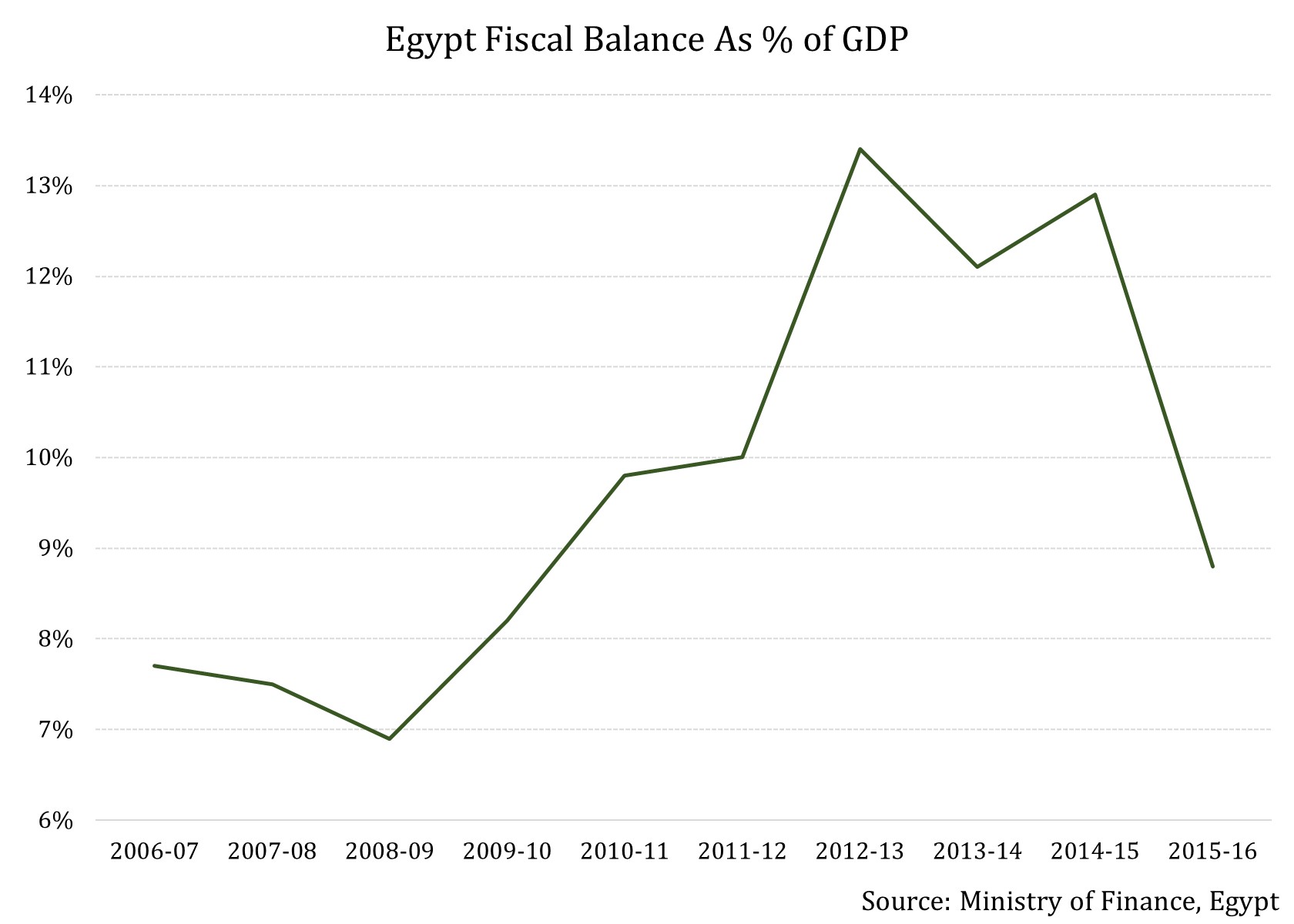 Why the reduction in bread rations?

The reason that the government has taken this action is to stop the misuse of gold cards with the Supply Minister Ali Al-Moselhi saying that the cuts were needed to reduce waste and corruption. Further, food and fuel subsidies are a burden on government finances, accounting for 25% of the budget. As shown in the graph above, the government’s fiscal balance has been increasing as a % of GDP. Data for 2015-16 is for nine months (July 2015 to March 2016.)

Reuters had reported in 2016 that the existing system was flawed as it allowed bakers to overstate bread sales while making profits from the parallel market. They would do so by selling subsidized flour to private bakeries for a premium, thus causing massive losses to the government.

Though Al Arabiya quoted an official source from the Supply Ministry as saying that the bread crisis “is now over,” citizens remain worried that more cut backs may be in the offing.

This rationing is reflective of a bigger problem at hand: At a time when Egypt is enticing foreign investments, local citizens continue to live in poverty, trying to make ends meet. This can hurt efforts of the government to promote inclusive growth.

In the next article, let’s look at whether the nation is ready for more reforms as it tries to avail external aid.