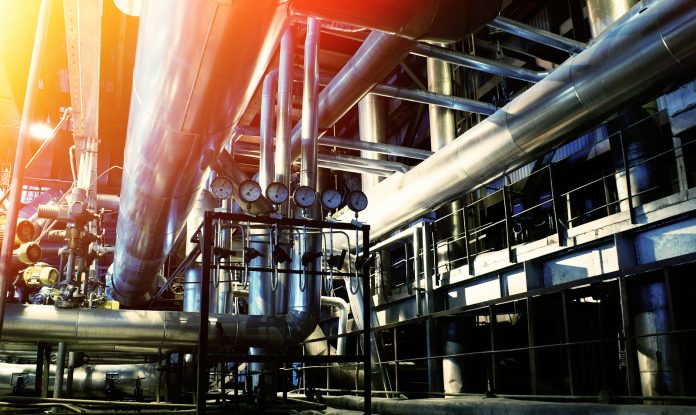 Steel prices are surging in China

Steel prices in China (FXI)(MSCHI), the world’s largest steel producer are surging, backed by speculation of a supply cut and rising demand. The Chinese government has been struggling with tackling the problem of overcapacity in the sector in the past few years and has imposed sanctions to cut down on excess inventory. This is also hurting steel producers in international markets as China is selling its excess inventory at lower prices in global markets. In March 2017, the Chinese government announced plans to cut steel production capacity by 50 million metric tonnes to curb excess supply. Experts believe the possibility of a cut in steel supply by the end of the year is driving steel prices upwards in the country. The Chinese government has called on steel producers in the largest producing provinces — Hebei, Shanxi, Shandong, Henan as well as Tianjin and Beijing to cut output by nearly 50% during the winter months of November to February. The Hebei province accounts for nearly one quarter of China’s steel production. This is also leading to volatility in steel prices which has resulted in the government taking efforts to manage market stability. Richard Lu, an analyst at CRU consultancy based in Beijing stated in an interview with Reuters, “In anticipation of less supply of steel, there should be some traders and end-users bringing forward their purchase plan”. He continued, “Because of expectations of reduced supply, prices may rise further in coming months, so it’s better to buy now.”

Seth Rosenfeld, an analyst at Jefferies International mentioned, “While Chinese steel margins appear unsustainably high, mounting supply restrictions may prolong the current up cycle to the benefit of global steelmakers”. He commented further, “Chinese supply side reform, leading to lower exports at higher prices, has done far more to buoy global steel markets than Trump or any other Western politician could achieve.”

Steel rebar futures for the October 2017 contract trading on the Shanghai Futures Exchange are up 65% in the past one year and have gained 40% in 2017 so far. Analysts expect steel prices to remain elevated as the government continues to curb steel production. Nomura analysts expect crude steel output to decline by 5-10%. “Output in China’s steel industry has sometimes been curtailed temporarily in order to tackle environmental problems, but we think the production cutbacks in the latest measures will be substantial compared to the other occasions,” wrote the Nomura analysts.

Higher steel prices lead to better profits for the steel industry but also result in higher costs for sectors that use steel as a raw material. For the steel industry, higher steel prices translate to stronger earnings, and a recovery after China’s economic slowdown last year led to a sharp correction in global commodities. Chinese steel producers also stand to benefit from rising margins between steel prices and raw material costs such as iron ore and coking coal.

S&P expects India, Japan and South Korea’s steel companies to benefit from a cut in steel exports from China. Year to date, the MSCI China Materials Index has surged 35% while the Vaneck Vectors Steel ETF (VLX) has gained 28%. In 2016, the company recorded sales of $27.8 billion, highest among its Chinese peers. YTD, shares of the company have gained 40%, and have outperformed emerging markets indices as well as Chinese stock markets. Inner Mongolia Baotou Steel Union (600010.SS) was established in 1997 as a subsidiary of Baotou Steel. Baotou Steel is the largest steel company in Inner Mongolia. It is primarily engaged in exportation of mineral resources and manufacture of iron and steel products. The company sells its products in both domestic as well as international markets. Angang Steel (ANGGY), also known, as Ansteel Group is a joint stock company owned by Anshan Iron and Steel Group and is supervised by the Chinese state government. It is the third largest Chinese steel producer by sales. In 2016, the company recorded sales of $8.7 billion and operating margins of 4.3%. The company has an annual crude steel capacity of nearly 24 mt and can produce up to 21.5 mt of finished steel annually. Last year, the company produced 33.2 million tonnes of steel and ranked 7th globally in terms of annual steel production. Angang’s steel products have a 25% market share in home appliance and 20% market share in auto manufacturing as per a report by DBS Securities. In 2016, the company recorded sales of $11.2 billion, second highest among its Chinese peers. YTD, shares of the company have gained 58%, and have outperformed emerging markets indices as well as Chinese stock markets. Shougang Group (000959.SZ) is the fifth largest Chinese steel company by market cap and the eighth largest by revenues. In terms of steel production, Shougang Group ranked ninth globally, with an output of 26.8 million tonnes in 2016. The company is based in Beijing but has moved its operations out of the city due to concerns of pollution prior to the Chinese Olympics.

The company also has operations in South Peru know as Shougang Hierro Peru and operated the Marcona Mine in the Marcona District in Peru.

In 2016, Shougang Group generated revenues of $6.3 billion and operating margins of 5.1%. Shares of the company’s subsidiaries are listed on the Shenzhen and Hong Kong Stock Exchanges. In 2017 so far, shares of the company have surged 20.5% and have underperformed its peers. Sell side analysts remain bullish on Chinese steel producers as they gain from higher margins with steel prices continuing to surge.

The analysts stated in an investors’ note, “The improvement in cement & steel margins in 2016 can be explained by property-driven demand recovery and seasonality, more than the impact of capacity cuts. If the stated 85mt (or 7%) of capacity were really closed, we should have seen stronger margin expansion in 4Q than companies have preannounced. We believe most capacity reported as ‘eliminated’ was already idle, and that the practice of shutting idle capacity will continue in the near term – with limited impact on operating margins. Despite weak fundamentals, most cement and steel companies are trading at above their three-year peak multiples.”

Valuations within the materials sector in China are stretched with the MSCI China Materials Index trading at a one-year forward price to earnings ratio of 16.5x. Maanshan Iron & Steel, Angang Steel and Baosteel are the most attractive stocks based on their cheap valuations. These stocks have one year forward PEs of 10.7x, 12.3x and 13.2x and are trading at the steepest discount to their peers. Meanwhile, Baotou Steel, Shougang Group and Hesteel are currently expensive with PEs of 159x, 29.4x and 25.4x respectively.