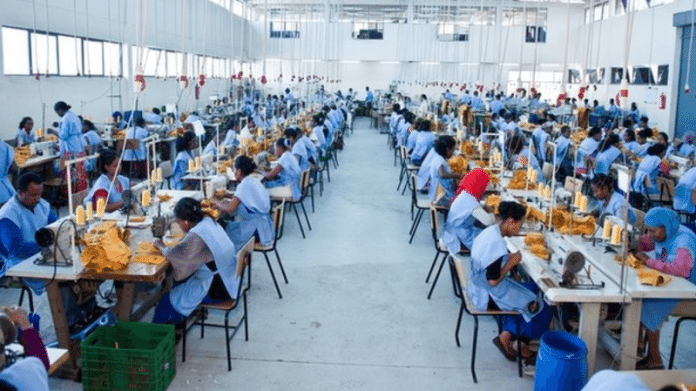 Amidst a continent experiencing unprecdented levels of economic growth, a growing middle class, more stable political conditions, and favorable tariff terms from mature markets, there has been no better time to build manufacturing sites on the African continent. But this continent is vast – geographically, culturally, and politically. Mr. Davis’s piece identifies three of the most promising markets in Sub-Saharan Africa for firms and individuals to explore manufacturing-related development and investment opportunities.

Sub-Saharan Africa is ‘on the rise’. There are growing GDPs and an emerging middle class. Sub-Saharan Africans are buying more and exciting investors in the consumer good space from all corners of the globe.

Manufacturing accordingly is a ‘buzz’ word as investors imagine local producing machines that could satisfy a growing market at home and an always consuming market abroad. The African Growth and Opportunity Act (AGOA), which ensures that several products produced in over 45 African countries do not have to pay import duties in the US, is joined by similar acts in Europe and Asia. All in all, local manufacturers who can conquer the barriers in sub-Saharan Africa could tap an ever burgeoning global market.

Ethiopia is a “mix-bag” of opportunities and challenges. The country offers a large, young worker and consumer base by way of sub-Saharan Africa’s second largest population. Monthly wages for unskilled labourers remains extremely competitive in the average range of $38-$60, compared to $355-$410 in China. Swedish clothing retailer H&M recently joined British supermarket chain Tesco and Ireland-based discount textile maker Primark in choosing to manufacture products in Ethiopia, largely based on the attractiveness of the aforementioned numbers.

Strong economic growth fuels local energy projects, including hydro-electric dams, such that Ethiopia could become a net energy exporter in the near term. The local energy price at $0.065/kWh stands out compared to $0.20+/kWh in Kenya and Tanzania at peak hours. A proven commitment to manufacturing by the government includes one up-and-running manufacturing hub near Addis Ababa and a planned three more in the construction pipeline over the next decade.

The shine on the surface is however moderated by the entrenched challenges that come with finding reasonably priced material inputs, or at least a sensibly priced route to importing the material inputs. Continued access to the Doraleh container port in Djibouti greatly benefits landlocked Ethiopia but not at a cheap price. Inland transportation and port handling fees still hover near a combined $1500 per 20-foot container and will take some time to come down, as infrastructure (i.e., roads) will not arrive overnight. But the fees associated with customs clearance and documentation (including letters of credit), which hover near $1000 (more than 3x the fees in China) could be addressed immediately, provided the political will and openness from government leaders.

All signs and past behaviours signify that the government will address these issues and more. The manufacturing outlook is very positive.

Zambia is a surprising country to this list largely because its fellow member countries in the Southern Africa Development Community (SADC) generally fail to compete with South Africa in manufacturing. Neighbouring Mozambique and Malawi reveal this troubling story as middle class locals head for Nelspruit and Johannesburg on the weekends to buy goods, either offered at an exorbitant price or not locally offered altogether in the Mozambican capital Maputo and the Zambian capital Lusaka.

Zambia manufactures a respectable percentage of the goods sold at home in Lusaka and beyond under the branding of South African supermarkets and stores. This small fact is befitting to the quickly (but quietly) booming landlocked country. An aggressive infrastructure plan by the Zambian government is backed by a booming mining sector. A recent tax law to capture a greater share of sector was expected to have dramatic detrimental effects on the economy but has been no where damaging as economists predicted months back.

Manufacturing contributes a comparatively low 8.7% to GDP. But the growing interest in the Zambia’s Multi-Facility Economic Zones is soon to change that statistic. Raw materials and land are abundant to support these zones. Monthly labor wages do not outperform Ethiopia (but who does at this moment) from a manufacturer’s point of view but are still relatively inexpensive at $165-$200.

Electricity prices may currently offset the benefits of the labor fees. Peak prices have been quoted north of $0.25/kWh in pockets of the country, particularly when accounting for power outages. But the prices and power shortages will decrease in the near term as the country gets over the hump with its energy infrastructure plan and, for the short term, eases pressure on the electricity grid during peak hours.

High transport costs are a catch-22 as they are the reason for local production by foreign branded sellers but also an inhibiting factor to export. Regardless a commitment from the current president (in words and action) to address these issues should ease investor concern.

The manufacturing outlook is positive with great potential depending on government decisions in the near term.

Nigeria is on many lists for many things and rightfully so again for this article on manufacturing in sub-Saharan Africa. Similar to Ethiopia, it is a “mix-bag” of opportunities and challenges. The country is sub-Saharan Africa’s most populous state and its biggest economy. The country is youthful, educated and entrepreneurial. And the Nigerian Diaspora is excited to return home and invest.

Monthly wages for unskilled labourers remains competitive in the average range of $150-$195. At the same time, the cost for skilled labourers is very much on the high end in Africa as demand (and subsequent competition) for skilled talent has sky-rocketed with new company entries into the market from abroad and at home. Energy prices depend on the electricity grid and location and can get up to $0.24/kWh. Recent changes in the market and better investment will bring that cost done.

The economic growth and massive population also puts Nigeria in a different stratosphere. Selling processed foods in Nigeria and Ethiopia is night and day in many instances as spending power in Nigeria dictates higher prices to the consumers and greater volumes purchased. Most investors accordingly approach the country with high aspirations as a good percentage of fees (up to 95 percent in some cases) above normalized prices for the country can be passed to the consumer, consequently ensuring most business generate profits above what their productivity dictates but not making them more efficient.

Transport and logistics fees can be passed to the consumer but their effects do not go unnoticed. Importing is a ‘drag’ on business as getting things to Lagos is costly, with estimates up to $2300 when accounting for both inland transport and port handling fees as well as customs clearance and documentation (including letters of credit). But, as government officials opine to locals, this issue shall be solved too.

Once under fire for their ability to build a trade zone, officials reference Lekki Free Trade Zone as a success with numerous others in place and/or in the pipeline for construction over the next decade. Despite the jokes, criticisms and concerns, the manufacturing outlook in Nigeria is still a net positive.