Some improvement in the Turkish Lira

The Turkish lira had a poor start to 2017 after a forgettable 2016 when it had emerged as the second worst emerging market currency behind the Argentine peso. A range of political and economic calamities including the failed attempt at a military coup in July 2016 proved to shake investor confidence (TUR) substantially. It had breached the 4 lira to one euro level for the first time in history and had fallen to 3.9 lira to one dollar on January 11. 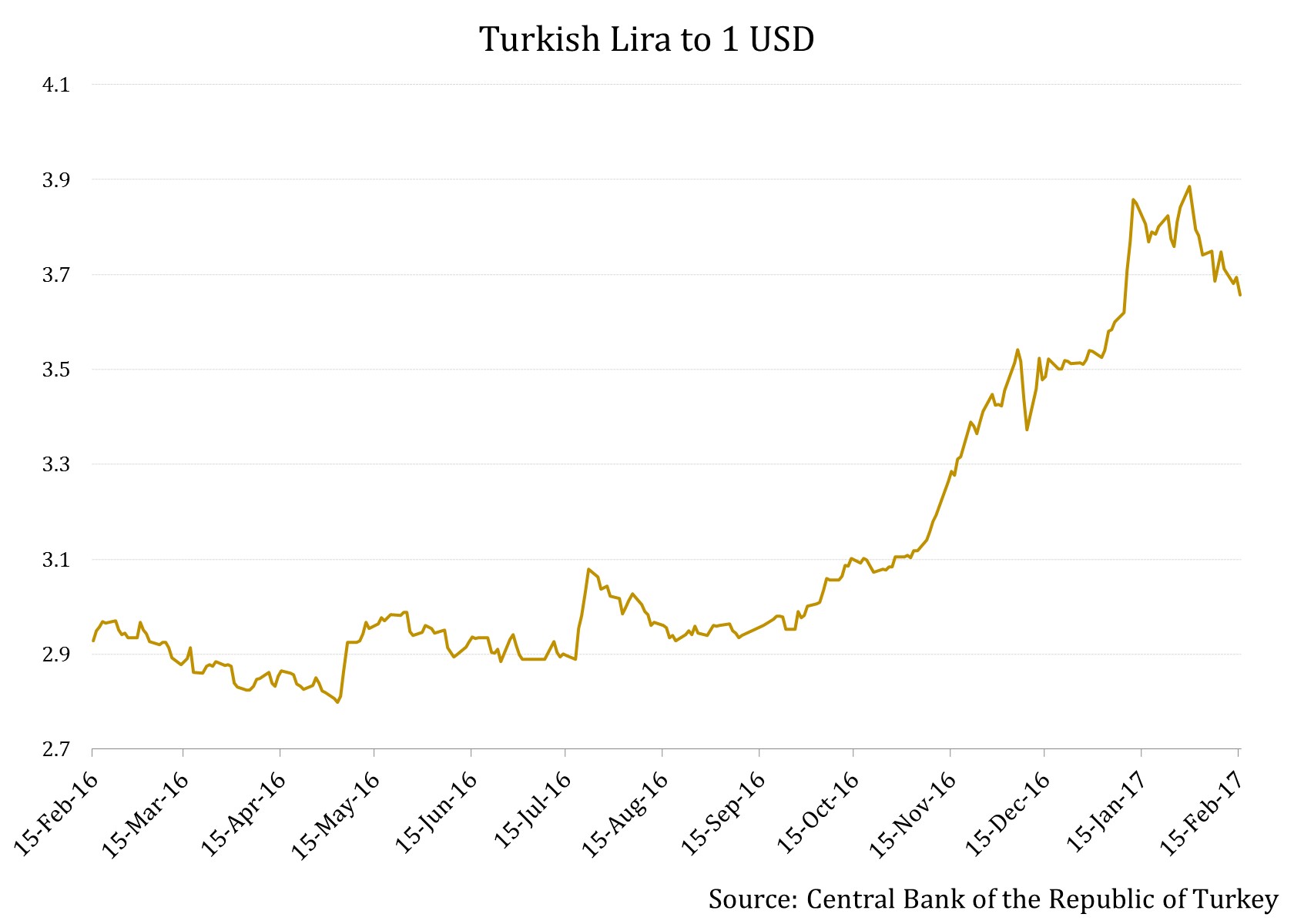 Developments such as the European Union suspending talks with the country on EU membership, and the government’s attempts to amend the Constitution to expand the scope of the President’s authority also hurt investor sentiment and was reflected in the weakening of the lira.

This weakness led President Recep Tayyip Erdoğan to introduce a campaign imploring people to change their foreign currency holdings into the lira and gold in order to support the currency and the economy.

The currency has since recovered

In the graph above, a rise in the line chart represents the weakness in the Turkish Lira against the US dollar while a decline shows its strength.

The currency unit has been on a consistent trend throughout February. The rise may come as a bit of surprise to those who remember the downgrade of the country’s ratings to junk by Fitch and a reduction in outlook by S&P Global Ratings on January 27.

It is believed that market participants were already expecting the rating downgrade, and the fact that Fitch kept its outlook on the country as ‘stable’ instead of ‘negative’ was a cause for celebration.

Though the country’s central bank has resisted calls for a key rate hike – an act which can support the currency – it has been raising the overnight rate, which is leading to some monetary policy tightening and supporting of the lira.

Another factor which has led to the rise in the lira has been the weakness of the US dollar. Given the macroeconomic fundamentals of Turkey are still better than several other emerging market economies, investors have been coming back to the lira even in face of short-term uncertainty and political issues.

This leads us to the title of this series: Is Turkey experiencing the Brazil effect of 2016? Let’s look at this in more detail in the following article.