It is not just Mexican exports and the trade deficit that the US has cited in its concerns. In the graph shown in part 1 of this series, note that a sizable portion of Mexico’s exposure to the US is from remittances from Mexicans living in the US. The Trump administration has found this to be a point of leverage when targeting Mexico.

During his election campaign, Trump stated several times that the wall he wishes to build between the two countries will be funded by Mexico with the US either halting or taxing remittances. In response, remittances from the US to Mexico have jumped on worries that these threats may be put into action. Most notably, the remittances seen in November 2016 were 25% higher from a year ago. 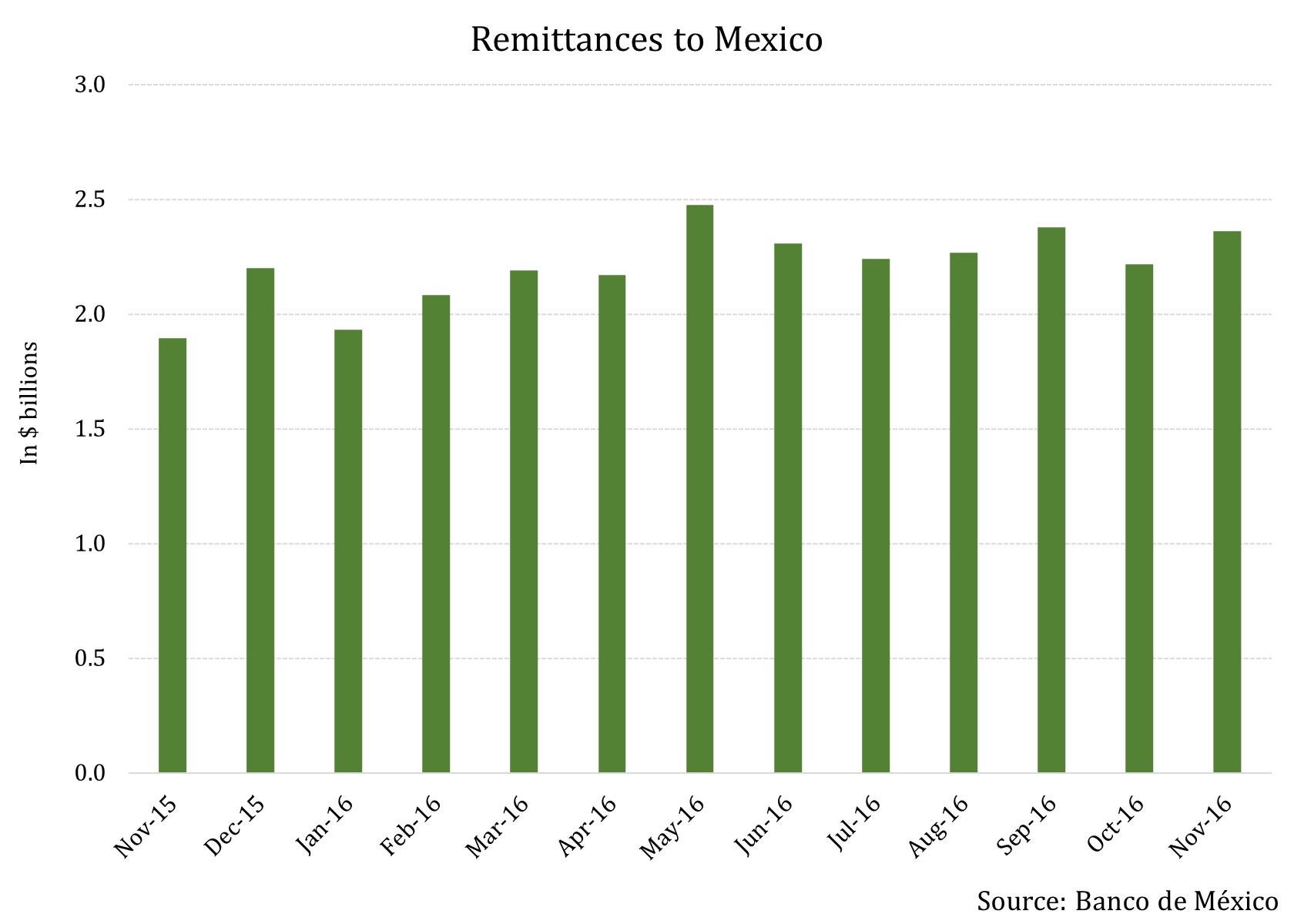 Looking at the NAFTA trade agreement between the US, Canada, and Mexico, in light of the protectionist viewpoint of the US, these three countries find themselves in a classic Mexican standoff – a situation in which two parties are unable to either advance or retract without exposing themselves to danger.

Mexico’s dependence on its northern neighbor has given the US confidence that it can arm-twist Mexico into a revised trade policy. On the face of it, the confidence may not be unfounded given the difference in the economic clout of the US and Mexico.

However, if Mexico is pushed to the brink, and the country finds that it has little to lose further, the situation could escalate. Mexico’s economy minister, Ildefonso Guajardo, has already claimed publicly that the country will walk away from NAFTA if a revised deal does not benefit the nation.

US will feel the heat as well

The US administration will keep in mind that though it is economically far superior to Mexico, it can lose as well if Mexico retaliates to possible trade tariffs and border taxes.

Mexico can put its own tariffs on US products with the latter having shipped goods worth $236 billion to Mexico in 2015. Until November 2016, the amount of goods exported to Mexico had stood at $212 billion.

With the political standoff on remittances and exports to the US having yet to unfold – Mexico finds itself in limbo. This can all but guarantee a tough H1 2017 for the country – both economically and investment-wise.

In the next article, let’s look at the second most exposed emerging market when it comes to possible US trade policy changes.