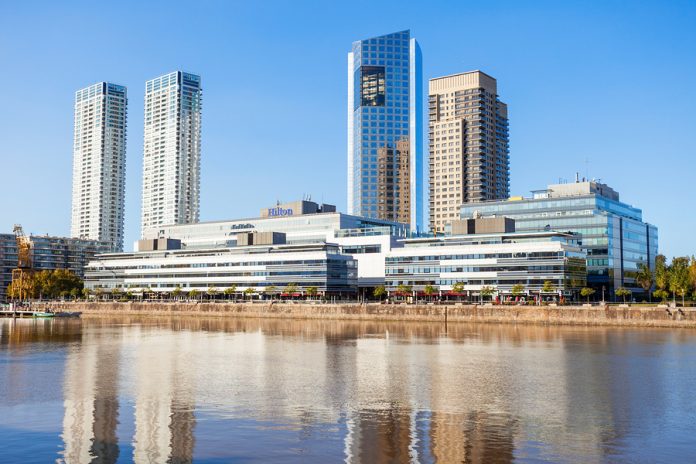 This is post 3 of 5 in the series “Investor Update: Which Stocks Is The Guggenheim Frontier Markets ETF (FRN) Cashing-In On?”

Argentinean equity has returned 42.3% for the FRN

Argentina commands a good 17.17% weight in the Guggenheim Frontier Markets ETF (FRN). Being invested in Argentinean equity (ARGT) has reaped the ETF a good 42.28% return so far this year (as of April 19).

The FRN is invested in the below listed 13 US-traded Argentinean stocks, all of which have delivered a positive return for the ETF so far this year; the highest being 77.83% and the lowest being 5.11%. 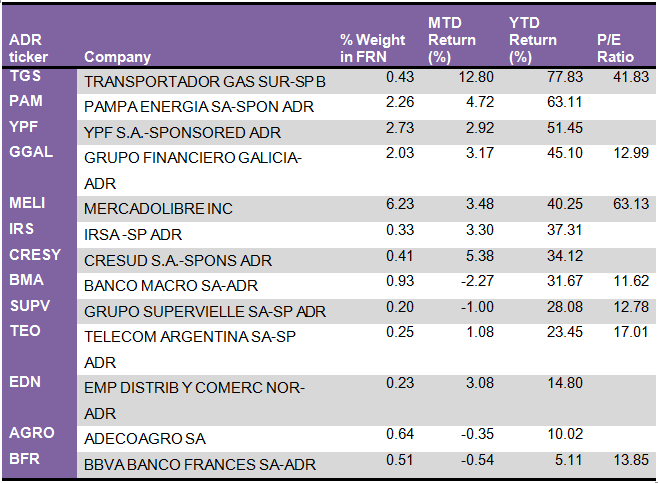 Above is a table of the Argentinean stocks which the FRN is invested in. Stocks such as those Transportador Gas Sur (TGS), Pampa Energia SA (PAM), YPF SA (YPF), Grupo Financiero Galicia SA (GGAL), and Mercadolibre, Inc. (MELI) have delivered exceptional returns for the ETF on a YTD basis (table above). While certain sectors sport expensive valuations, others such as the financials, are relatively cheap. For instance, Banco Macro SA (BMA) which is up 31.67% YTD, trades at a price-to-earnings multiple of 11.62. Grupo Supervielle SA (SUPV), with 28.08% return YTD currently trades at 12.78 and BBVA Banco Frances SA trades at 13.85.

Let’s look at other ADRs that have fetched good returns for FRN for the year so far in the next part of this series.

This is post 3 of 5 in the series “Investor Update: Which Stocks Is The Guggenheim Frontier Markets ETF (FRN) Cashing-In On?”