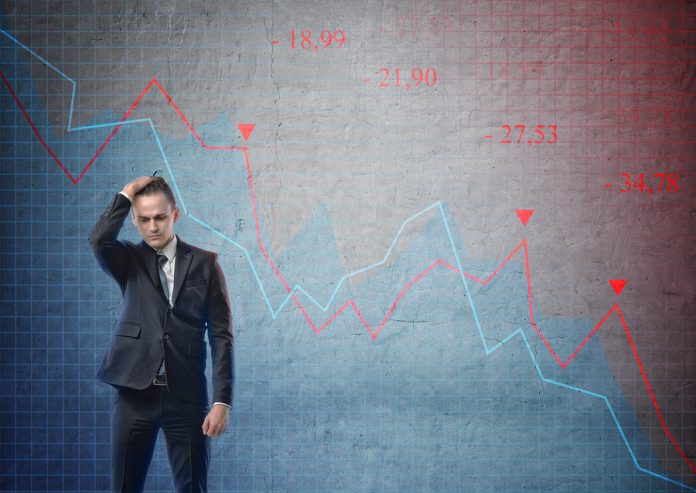 This is post 1 of 2 in the series “These Countries From Emerging Asia Carry Oodles Of Debt. Should You Be Worried?”

Emerging countries in general, and those from Asia in particular, have been key drivers of global economic growth. To continue at this pace, it is understandable that these nations would be borrowing – both domestically and overseas.

In this article, our reference is specifically to private debt as it directly impacts companies and households rather than government debt. The graph below, made available by BMI Research, shows private debt as a percentage of a nation’s GDP (gross domestic product). 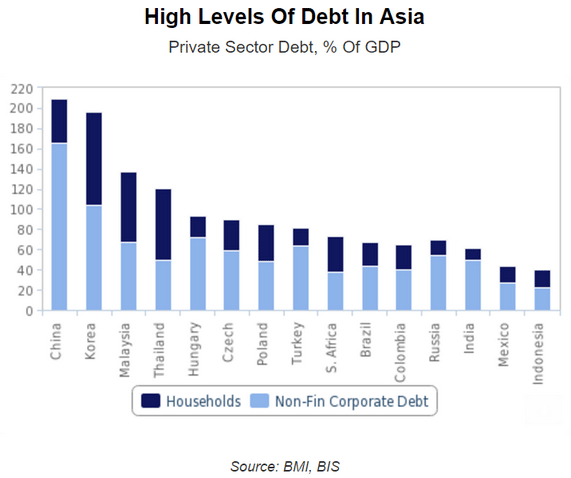 Among the top five most indebted emerging nations, four are from Asia with Hungary being the lone representative from Europe. Brazil, at number ten, is the most indebted nation from Latin America.

Importantly, over half of Thailand’s debt comes from households with South Korea and Malaysia also carrying high amounts of household debt.

Why is this important?

A tighter monetary policy usually leads to a stronger domestic currency when coupled with robust economic growth. Given that the US Federal Reserve is expected to increase the federal funds rate two more times this year, the greenback (UUP) may strengthen, thus making dollar-denominated debt held by firms in emerging Asia more expensive to service. This will reflect on the bottom-line of local companies, thus affecting their stock price.

In the next article, let’s assess whether these debt levels, in light of monetary tightening in the US, should be causes of concern for investors invested in emerging Asia.

This is post 1 of 2 in the series “These Countries From Emerging Asia Carry Oodles Of Debt. Should You Be Worried?”