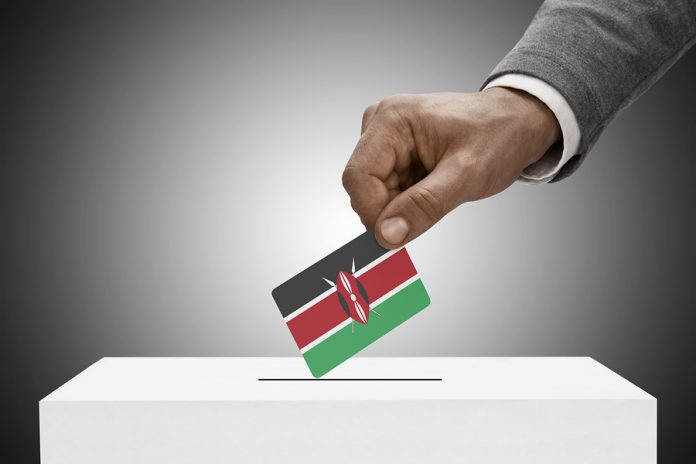 The eye popping statistical anomalies in Kenya’s August 8 election results continue to astound. Previously DaMina Advisors had highlighted the disproportionate number of non-random high valid voter casts/ turnout in each of the 20 counties President Uhuru Kenyatta has supposedly won, relative to the consistently low turnout/ low valid votes cast in the other 27 counties the opposition has carried. An analysis of the proportion of total invalid votes cast in each of the 47 counties shows more astonishing electoral malfeasance in the dramatic number of valid votes invalidated nationwide.

In the 2013 election, the average number of invalid ballots as a percentage of valid ballots averaged 1% in all of Kenya’s 47 counties. In 2013 only one county had an invalid ballot count higher than the national average of 1%. However, not surprisingly the August 8 election ‘results’ have produced many strange nonrandom irregularities. Kenya’s electoral commission has invalidated over 408,676 ballots – which amounts to an astonishing 27% of the total number of new voters who registered to vote. (Earlier this year the electoral commission had announced that it had registered 1.53million new voters). Furthermore while the overall average number of invalid ballots in all 47 counties constituted 1% of the total in each county in 2013, in 2017 the same number dramatically rises by over 338% to three percent nationwide. Also unlike in 2013 where the 1% average was random, in 2017 the variances between counties is large and statistically significant implying that the numbers were engineered.

Just as in 2013 the raw number of invalid votes splits about 60:40 between the two major candidates, with opposition leader Raila Odinga getting more as he has consistently carried 60% of all counties, in 2017 the proportions are split around the same levels implying that the fraud occurred at the local electoral IT offices and not at the national headquarters.

For the five most competitive counties that switched sides from supporting the opposition to the incumbent – Garissa, Marsabit, Wajir, Nyamira and Narok – the counties saw a dramatic 721% increase in the amount of invalid votes cast, averaging a 360% increase over 2013 for the same five counties. In contrast, in the one county where the opposition won in 2017, which it did not in 2013, Vihiga, the average invalid voter numbers increased by just 221% when compared with the figures from 2013. This anomaly may lend credence to allegations that some of the ballot papers for Odinga’s largely rural supporters could have been intentionally mishandled by local electoral officials. Otherwise the statistical dispersion does not make logical sense.

However despite these glaring electoral results anomalies, without even waiting for the results to be gazetted, the distinguished former US Secretary of State John Kerry, a supposedly ‘independent’ international poll observer, has jumped from one local TV station to the next strenuously silencing all questions about the invalidity of the results, the targeted killing of the IT head of the electoral commission weeks to the vote, and any claims of statistical anomalies in the results. Kerry has however not disclosed that he still maintains strong links to the well-paid US advisors to the Kenyatta campaign, and that he has a former top aide directly advising the Kenyatta campaign. President Barack Obama, himself of Kenyan parentage, remains mute, knowing full well that virtually all his top 2012 campaign staff has decamped to Nairobi, and is being paid millions by Kenyatta to help campaign. Moscow will be amused at the ‘meddling.’