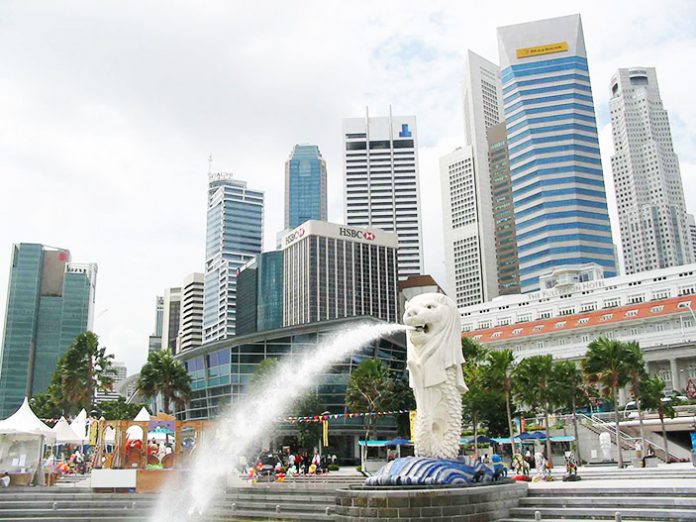 Upside down taxi economics
The value proposition of ride sharing, particularly for consumers, is markedly different in Asia. In western countries the great attraction of ride sharing apps are more competitive pricing and greater conveniences than standard taxis whose vehicle numbers are generally restricted either by regulators, or by the immense cost of taxi licenses.

In much of South-East Asia, this economic paradigm is reversed. With cheap taxis already plentiful, ridesharing apps offered a premium service which many consumers were more than willing to pay for.

Cheap but not always cheerful taxis
Thai taxi licenses are neither highly regulated, nor are ‘taxi plates’ overly expensive like they are in the west, making market entry relatively easy. As a result, Bangkok alone has an estimated 100,000 registered taxis. This competition helps keep the flag fall for a standard trip to no more than US$1.10, with the cost of a short trip rarely exceeding US$4-5. A similar trip in the west would cost 3 to 5 times as much.

Government inaction on fares led to a deterioration of service
While numbers of vehicles aren’t tightly regulated, the metered price of the journey is controlled by the Thai government and has remained stagnant for many years with no pricing formula to take into account inflation and other costs. As such, while income was controlled, inputs such as fuel, rental and maintenance, remained variable.

In real terms, drivers were being paid less. The impact has been a gradual deterioration in the quality and maintenance of the taxi fleet. Unregistered drivers, as well as news stories about sloppy and aggressive driving became more common in the press and social media.

The low and fixed fare structure also meant hailing cabs became more difficult as drivers were unwilling to undertake longer trips particularly when there was little prospect of a return fare to help recoup the time spent driving back on Bangkok’s congested roads. Collectively, both drivers and passengers were frustrated.

Tone deaf regulatory & government affairs
Uber’s entrance to the market in 2014 was a shock to this long-standing status-quo, offering a responsive service which provided a safer, cleaner ride with an Uber registered driver, all for a small premium. Nevertheless, with a rapidly growing industry, the government – like in most places – was confronted with how to deal with it. Their response to the new entrant was to immediately ban ridesharing. In truth however, authorities
did little to enforce it. Given its popularity with drivers as well as consumers the service grew rapidly.

Thailand’s Department of Land Transport (‘DLT’) concerns with ridesharing were straight forward enough. While recognizing the popularity of the service, particularly with younger people, the DLT contended that drivers were uninsured when carrying passengers and that without proper registration, drivers had no right to pick up paying passengers. Industry and government sources say that Uber initial strategy in Thailand was a ‘smash through’ approach, reflecting their disruptive evangelicalism. Regulators were perplexed by Uber’s stance that ridesharing was not subject to regulation under existing laws.

This, combined with ongoing controversy overseas both within the company, and with other cities effectively banning the service, Uber’s seemingly belligerent approach put regulators offside, which further played into the hands of their emerging competitor in Thailand at the time- Grab. Grab themselves entered the market around the same time as Uber. Their approach however was to be more malleable with its approach to authorities and stakeholders. Despite Grab essentially offering a similar service to Uber, they managed not to excessively raise the ire of regulators. Sources in the industry contrasted Uber’s ‘smash through’ tactics with Grab’s ‘push out and then pull back’ approach, in what reflected a very ‘Thai’ way of at least appearing to be cooperative with the government.
In Asia, first impressions are paramount and from most accounts, Uber did not leave a good first impression with Thai regulators.

Despite a change of management at the firm, as well as a more co-operative approach towards looking at how regulations might be modernized to accommodate ridesharing to help reduce Bangkok’s traffic woes, regulators were alienated enough by the firm’s initial fumbling that constructive engagement was always going to be challenging.

Transport authorities were skeptical about this new re-engagement. Partly fueling this scepticism was analysis from the Revenue Department that large e-commerce and social media companies, including Uber, were either not liable for, or not paying, taxes in Thailand. This made them question whether Uber was genuinely interested in helping fix Bangkok’s traffic problems with its ridesharing system.

The Ministry of Digital Economy also weighed in, ominously declaring that they had the power to order a halt to data communications in Thailand as part of an overall order to close down any illegal or non-compliant ride sharing app company.

Underestimating stakeholders and national politics
That there would be opposition from Taxi drivers and unions to any ridesharing application was to be expected. In a more fluid political environment there might have been some reasonable expectation regulators and government would meet new entrants half way based on the benefits of new technology.

What Uber underestimated however was that within the ranks of the taxi unions were potentially militant elements who claimed to be able to organize up to half of Bangkok’s taxi fleet off the road should laws be changed which disadvantaged them.

Given the military government’s desire not to have any type of unrest during its term, the government was always going to side with the Taxi drivers, refusing to change the laws which would see lax conditions placed on ridesharing vehicles. Taxi union leaders maintained that if a private vehicle was carrying paying passengers, they should be regulated like Taxis.

In contrast to Uber, Grab also saw the opportunity to roll out its platform to registered Taxis as well as offering incentives for them to sign up and receive payments electronically. As a result, many of the taxi unions saw this as useful co-operation from the private sector – improving the revenue streams of taxi drivers who may only net US$20 to US$30 from an average 12-hour shift in Bangkok’s cash only Taxi’s.

This move by Grab certainly helped deflect official public criticism, particularly given that it was running its own private vehicle ridesharing service little different to Uber.

Fintech, payments systems and network dominance
While Uber struggled as the government’s convenient whipping boy, Grab continued to grow rapidly not only with private vehicles and taxis, but also within Thailand’s ubiquitous motorbike taxis and food delivery. It became clearer that given Thailand’s ‘upside down’ taxi economics, ride sharing apps could actually be something that could complement, rather than destroy, an already liberalized transport industry. Other players also began entering the market, such as All Thai Taxi which offered a new ‘cleaner’ as well as fully registered hybrid powered taxi fleet with better vetted drivers.

The Department of Land Transport itself also got in on the act at the end of 2017, developing its own ride-share like app called ‘OK-Taxi’ and mandated higher standards, which would see in 2 years all taxis equipped with GPS, camera’s, emergency calling services and real-time customer complaints. Given that pricing and availability of Taxis were never an issue in Thailand, or Asia more generally, consumers were now being given better service via a easily replicable app.

Japanese messaging giant ‘Line’, which is hugely popular in Thailand as a competitor to ‘WhatsApp!’, also began levering its huge 33 million people userbase to move into the sector.

Owned by Softbank, Line also began rolling out a comprehensive mobile app offering a suite of taxi call out services, food delivery, documents and goods delivery, which was developed in co-ordination with the Taxi industry. It was emerging that there was a larger prize than winning the ride sharing wars – that of mobile e-payments and capturing a market of people for whom cash payments were preferred methods of payment. Platforms such as ‘Grab Pay’ and ‘Line Money’ were looking to dominate as many services as possible as well as making strategic alliances with local players such as Rabbit Card. Ridesharing became a springboard to capture epayment consumers. As resistant as the Department of Land Transport was to ridesharing reform, the Bank of Thailand was actively encouraging mobile payments services – providing plenty of incentive for companies to rollout their own platforms.

And where was Uber in all of this? They belatedly announced in mid 2017 that they would partner their technology with 4000 public taxis, but it was too little too late. People familiar with the company told us that Uber’s technology development team was too US-centric, unable to compete and expand its services beyond private vehicles in Thailand. The company which had created a revolution, ended up watching the revolution pass it by.

The aftermath
Uber still has skin in the game with its new tie up with Grab. It is clear however Grab simply did a better job of being less antagonist with the regulators and taxi industry, despite nearly identical product offerings in the initial phases. Grab also read the broader politics better and saw where innovation was leading, with ridesharing simply being the entrée, rather than the main course.

Nevertheless, the sale represents a surrender of sorts by the American based ridesharing giant after years of regulatory frustration in South-East Asia, much of it self-inflicted. Retreating from China, Russia and now ASEAN suggests that the company is not particularly suited to working in emerging markets. Looking ahead, it remains to be seen how good it will be as a junior partner in Grab’s ASEAN expansion.