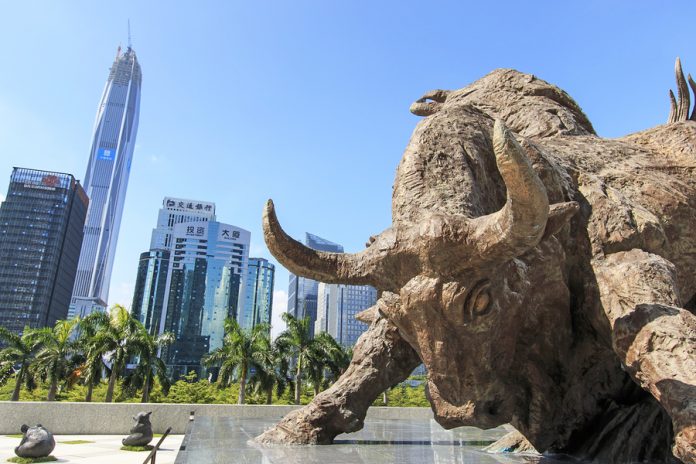 This is post 4 of 4 in the series “Kyle Bass Sees the Beginning of a Credit Bubble China, Provides Hard Evidence”

Kyle Bass is a China bear

From what we’ve discussed in Part 1 through Part 3 of this series, Kyle Bass is currently, a China bear (YANG) (FXP) (CHAD). Bass sees evidence pointing to the beginning of the credit bubble burst in China. He sees issuers of dubious wealth management products falling under the ax of the ongoing regulatory crackdown on the shadow banking system in China.

Mobius is a China bull

On the other hand, Mark Mobius, executive chairman of Templeton Emerging Markets Group, sees the recent crackdown as positive (FXI) (YINN) (ASHR) news from an investment perspective. “We welcome such a move and believe this to be overdue,” said Mobius in an interview. Mobius, considered an emerging market investing mogul, has been investing in the developing markets for over 4 decades now. For Mobius, what happened with China Minsheng Bank and Anbang Insurance Group is only the beginning of Xi’s mission to remove systemic risk from China’s financial system.

“You can’t overlook China. People are worried about its financial problems, but the reality is, this is a planned economy, not a free-market economy,” said Mobius in an interview with InvestmentNews.

Mobius doesn’t see a US sub-prime crisis type situation emerging in China. The reason is that the country’s four major banks: Industrial and Commercial Bank of China (IDCBY), Bank of China (BACHY) (BACHF), China Construction Bank (CICHY) (CICHF), and Agricultural Bank of China (ACGBY), are controlled by the state. So even if China’s real estate problems reach their pinnacle, these state-controlled banks would be merged into others.

This is post 4 of 4 in the series “Kyle Bass Sees the Beginning of a Credit Bubble China, Provides Hard Evidence”