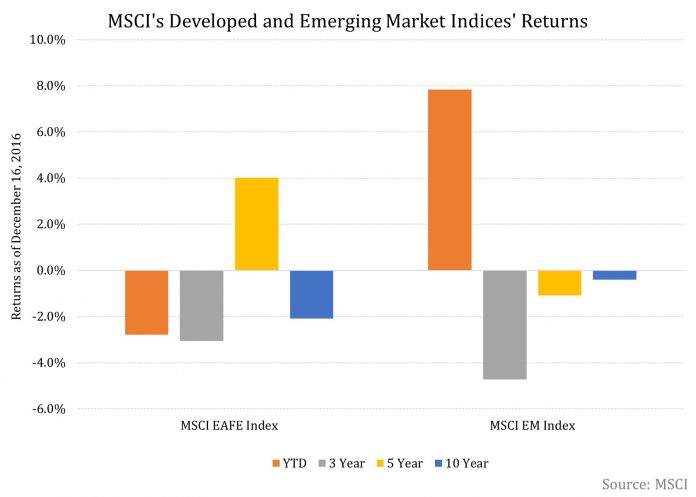 Ian Hui is a Global Market Strategist at JP Morgan Asset Management. He was interviewed on CNBC-TV18 by Latha Venkatesh, Sonia Shenoy, and Anuj Singhal. The conversation was regarding his views on the stance of US monetary policy and how an improvement in developed economies may impact emerging markets.

Whenever the US effects a rate hike, emerging markets are hit hard as capital outflows result because investors find it beneficial to re-route their investments to relatively safer markets in the US given the renewed strength in the economy indicated by an increase in interest rates.

Hui was of the opinion the negative impact on emerging markets associated with a rate hike in the US should fade eventually. He held this view because the rise in the dollar (UUP) which results after a rate hike has already been priced-in to a large degree.

This rise in the dollar is the key reason which hurts emerging markets. Companies in such nations, which have borrowed in the US dollar, are hurt due to the resulting strength whereas the relative weakness of the home currency units results into broader outflows from financial markets.

This is understandable. This ‘decoupling,’ if one can call it that, would work both ways. When emerging markets (EEM) were more dependent on developed markets (VEA), the positive knock-on impact was stronger, but so was the negative impact in case of a rate hike. Hence, if the positive spillover has lessened, the negative impact will also not be as severe as it used to be.