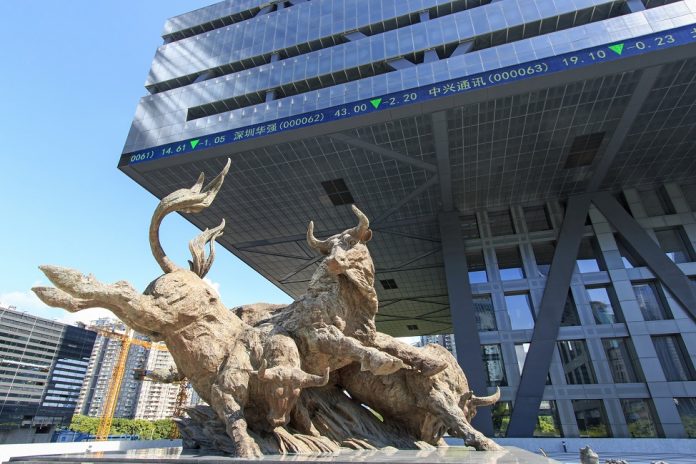 This is post 1 of 3 in the series “Will A Credit-Fueled China Witness A Slowdown In 2017?”

Reuters recently reported that China may reduce its economic growth expectations for 2017. The Asian nation will likely target GDP (gross domestic product) growth of 6.5% this year, compared to a 6.5-7% range in 2016. Citing four sources, the report said that senior Chinese leaders agreed on the aforementioned target at the closed-door Central Economic Work Conference in mid-December.

It is important to note that China’s State Council Information Office, which serves as the public relations arm of the government, did not comment on queries from Reuters.

China is presently undergoing an economic transition from being an economy which was externally focused – driven by exports and foreign investment – to one which is looking inward for growth by boosting domestic consumption.

This is a long-term transition, and like any structural reform, would involve a period of adjustments and economic growth moderation. However, China’s government has tried to reassure the world that it can weather the storm of the structural reform with minimal damage.

The economic reality, is proving different though. Even for a communist nation, which exudes exceptional control over business enterprises and entire sectors, coming out of a structural reform unscathed is impossible. It was reflected in its economic growth target for 2016 when a 7%+ growing nation dipped down to the 6.5-7% range.

The reality of a slower growing economy may not be easy to adjust to, and China’s leadership is trying their best maintain confidence with periodic messages about its economic strength. At the same time, it continues to enact stimulus measures to keep the pace of growth afloat.

The Reuters report noted that China’s banks lent a record 12.56 trillion yuan (~$1.82 trillion) in loans in 2016 in order to keep the economy’s engine chugging along. An increase in credit can potentially benefit economic activity, but it’s a double edged sword; it leads to a burgeoning debt problem as well.

The government will officially announce the new growth target at the annual meeting of the National People’s Congress in early March. For now, it seems that a debt problem will play second fiddle to a push for economic growth.

This is post 1 of 3 in the series “Will A Credit-Fueled China Witness A Slowdown In 2017?”