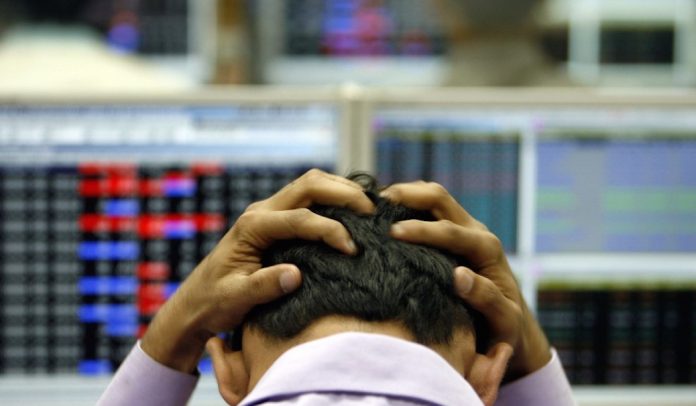 Investors have the wrong bogeyman.

While China’s slowest pace of growth in a quarter of a century coupled with oil diving below $30 a barrel was labelled the culprit for global markets crashing last week, it’s America’s economy that’s storing up for trouble, according to Jerome Booth, the co-founder of emerging markets giant Ashmore, and Chairman of New Sparta.

“We’re led to believe it’s all to do with China and emerging markets, and this is largely rubbish,” Booth tells the Emerging Opportunities show on Share Radio this week. “China does have problems, but not to the extent that one would expect to see these huge falls in US and European markets. What’s actually going on is people are getting seriously worried about the messages they’ve been told about the US economy.”

Not that the message is anything new. The same fault that caused the subprime crisis and global recession has never been fixed. While China is taking steps to evolve the structure of its economy to new realities, the West is lagging behind.

“We haven’t fixed the banks,” says Booth. “We’ve recapitalised them in the US but there’s no structural reform. There hasn’t even been the proper recapitalisation of the banks in Europe.”

“The Fed had painted themselves into a corner such that they couldn’t really credibly not raise rates, but it looks increasingly like it might have been a mistake,” says Booth. “We have two enormous macro-economic problems in the global economy: one is the very large indebtedness in the developed world and, secondly, we have a monetary system which is completely dysfunctional – the international monetary system has got huge imbalances.”

Don’t expect the Fed or any other central bank to admit such problems. Their priority right now is to promote confidence in the global economy.

“Central banks, for the right reasons, are motivated to actually not tell us the whole truth, because they feel it might frighten us,” says Booth. “That again has confused markets, which are used to having the central banks being transparent, and are used to believing that when they say things, that’s actually their best assessment – and that’s not the case.”

For sure, China also has major problems. After the huge amounts of official credit injected into the economy in 2008, there was always a fear that money would flood out as soon as China relaxed its capital controls. Swings in Chinese stocks are magnified because a lack of alternatives for most investors makes this a binary market, encouraging a herd mentality.

But what’s happening in the US is “very, very worrying” to Booth – whose book, Emerging Markets in an Upside Down World – argues against a “distorted view of the world” among most money managers. In Europe, “we have a very real possibility of a repeat of 2008; it could be worse.”

Unlike the US and Europe, China’s rollercoaster ride may be about to end.

“Quite soon, we’ll have a stabilization of the renminbi,” says Booth. “It’s at that point that central banks start really diversifying and that means that the dollar fall will start.”

And it’s when the dollar decline starts that we’ll see re-evaluation of the economic strength of economies – developed and emerging.

By that time, investors will want to be in the 65% of developing countries that are oil importers – “the ones that have been and are basically very healthy,” says Booth. Many countries have improved their current accounts in the past six months, taking advantage of a weakening of their currencies against the dollar.

Top of Booth’s list? India, Indonesia, Colombia, Brazil and – although its an oil producer – Malaysia.

To listen to the interview with Jerome Booth on the Emerging Opportunities show on Share Radio, click below