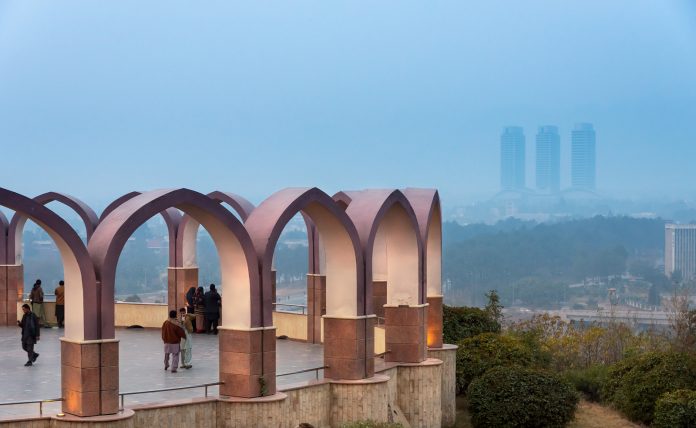 The timeline below provides details on what transpired that led to a resignation from the PM of Pakistan which continued Pakistan’s record, that no PM has ever served the full 5-year term in the country’s 70-year history.

The KSE100 is down -13% from its high on May 25, but actually up +2% since PM Sharif’s resignation.  If you read no further, this should at least comfort you that things will likely be okay.

What is going to happen?

The Pakistan Muslim League (Nawaz Sharif’s political party) has made it clear that they want Shehbaz Sharif to lead the party until elections next year.  Shehbaz Sharif is currently serving his third term as Chief Minister of Punjab, Pakistan’s largest, most populous province.  Shehbaz is no different than his brother Nawaz.  The same groups will do well and this is likely to result in a material degree of stability.

Shehbaz was also implicated in the Panama Papers but has managed to evade court investigations and actions.  In the meantime, you have Shahid Khaqan Abassi leading the country which can only be good for business.  Abassi is the founder of the most commercially successful airline in Pakistan, Air Blue in addition to being an engineering graduate from UCLA and George Washington University with significant work experience in the United States.  Like the Sharifs he is a businessman and is strongly in favor of maintaining conditions conducive to a growing economy that is open for business.

Under Shehbaz’s leadership, Punjab province has continued to experience significant growth.  The average salary in Lahore is now over $10,000 per year, significant infrastructure projects have been completed and the environment can be described as very favorable for businesses.  It is anticipated that this should not provide any near-term risks to investments that you may have in Pakistan.

Thoughts on the whole situation

What is truly noteworthy is the stability the country has experienced during this time.  There have been numerous accusations of the military’s involvement but we do not subscribe to this belief.  Certainly, the military remains the most important institution in Pakistan, but it seems clear to us according to our sources within the country that the military played no role in this investigation or its results.

There were no major riots in the country or violence because of the court’s decision.  This is remarkable, despite a security apparatus that was ready for the worst.  This heartens us on Pakistan’s future prospects.  The court must also be recognized in acting in complete independence and arriving at a judgment that would be unimaginable 20 years ago, the efforts to bolster the independence and power of the judiciary in the Lawyer’s Movement has cemented a judiciary that will not shy away from asserting its constitutional powers.  What is equally impressive is how quickly this matter was resolved.  Within 7 months of an investigation being opened and in a little over a year since the Panama leaks came out, this matter has been resolved.  For context, the United States is 8 months into an investigation on Russia’s involvement in US elections with no end in sight.  Pakistan acted quickly.

Special recognition needs to be made for the Joint-investigation team which produced a 275-page report within 5 weeks.  Most importantly, the report was well-detailed and had meaningful insights.  “Fontgate” was a remarkable find that reminds us of TV law dramas or the hook for a John Grisham novel.

Concerns on the horizon

Imran Khan, the world-famous Cricketer is the leader of Pakistan’s Tehreek-e-Insaaf (PTI) party which by many estimates is the favorite to win the election next year.  However, rather conveniently a scandal erupted this week where a former PTI member Ayesha Gulailai has come out and accused Imran Khan of sending her inappropriate text messages and harassment.

The allegations will be investigated with the support of new PM Abassi, and this is an area of concern.  It is all too convenient that a party member would leave PTI at the very moment that the Pakistan Muslim League has a new leader and the country has a new Prime Minister unless the two situations are linked somehow.  PM Abassi must be very careful with his level of involvement in any investigations that occur.  Any perceived mistreatment of Imran Khan could have PTI supporters creating trouble all over the country.

At this time we are cautious, but do not think this will have an impact on investments.  We recommend no change in approach or outlook after PM Sharif’s resignation.  We do advise heightened awareness of political events in Pakistan.  No one should invest in Pakistan or Frontier Markets without contingency plans, and events such as this are certainly a reminder that you should have a contingency plan in place and revisit it at least annually.

Pakistan: Who is Imran Khan and What Can Investors Expect from the PTI?