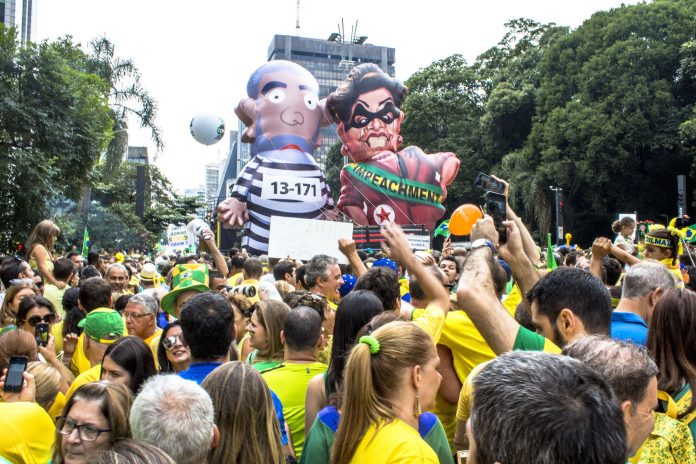 Investors got what they wished for.

In a Sunday sitting of the lower house of Congress, legislators voted by a landslide to end Brazil’s misery and begin impeachment proceedings against President Dilma Rousseff.

For foreign exchange traders it marked the culmination of a rally that has sent the Brazilian real soaring for months.

Yet the outlook is far murkier than the view projected from the markets, Olivier Desbarres, an independent currency strategist previously with Barclays and Credit Suisse, says on this week’s Emerging Opportunities show with Frontera Managing Editor Gavin Serkin.

With a far from straight-forward political and legal battle ahead, he advises short-selling the real as the currency will reverse its gains once the new reality sets in.

Brazil’s political crisis is one of many unknowns confronting emerging market investors. North Korea’s increasingly long-range nuclear capability, Islamic State’s spread into Asia and Vladimir Putin’s expanding influence are part of the big picture analysed on the show by Phill Hynes, the head of ISS Risk.