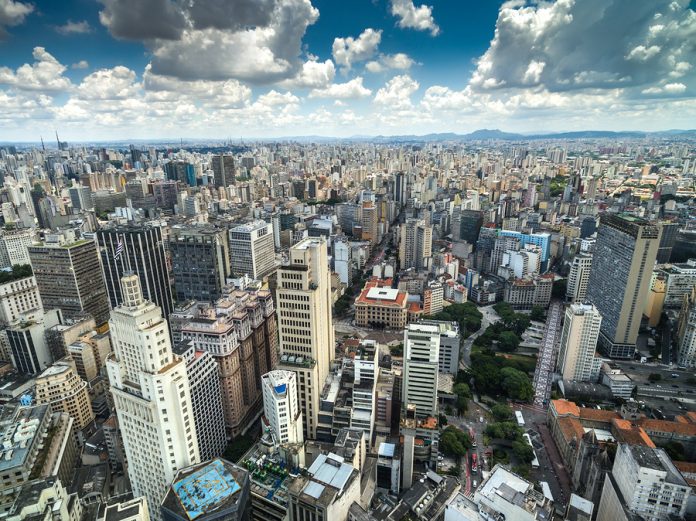 A right-wing, Trump-like populist, tough on law-and-order but with apparently few answers to the country’s economic ills, is leading the polls in Brazil’s presidential election race, appealing to many Brazilians tired of the ineptitude and corruption that has become synonymous with the political establishment.

In one of the most unpredictable electoral contests for years, seen by pundits as a battle between left- and right-wing candidates, Jair Bolsonaro, a former army captain-turned-congressman, is making serious strides. Long on the edge of politics on account of his controversial views, he is polling at around 20 percent – several points ahead of his nearest rival – in the run-up to the October ballot, notably receiving significant support from the country’s influential farming and evangelical Christian lobbies.

With many establishment politicians discredited by a long-running investigation into an alleged bribes-for-contracts affair involving the state oil company, Petrobras, and also blamed for the worst economic recession since the 1930s, Bolsonaro has seized the opportunity to break through into the political mainstream. His anti-corruption and tough law-and-order rhetoric – he proposes more powers for the security forces and easing gun laws to deal with soaring crime – resonates with large numbers of Brazilians.

However, Bolsonaro’s illiberal remarks have alarmed democrats. He has defended Brazil’s former military dictatorship and in April the attorney general said he promoted hate speech by attacking women, homosexuals, black people, indigenous Brazilians and foreigners. Some commentators suggest Bolsonaro could stoke social conflict if elected. The prospect of a right-wing populist, compared by some to Donald Trump, at the helm of the world’s eighth-largest economy is being taken seriously. It comes at a time when many Brazilians are losing faith in democracy. Polls have reportedly shown that over a third would support a coup to deal with crime and corruption.

Yet his chances of winning may be limited by two important factors. Though Bolsonaro has a much bigger social media profile than his rivals, he needs TV exposure in the run-up to the ballot, as political broadcasts remain a powerful campaigning tool. A member of the small Social Liberal Party, he will have to start building coalitions to be allocated sufficient airtime to reach out to Brazilians, many of whom are undecided. Moreover, he could yet be eclipsed by a left-wing rival because a sizeable proportion of floating voters will back whichever candidate is endorsed by the jailed former socialist president Luiz Inacio Lula da Silva, still very popular despite his conviction for corruption.

Bolsonaro’s emergence coincides with Brazil’s stuttering economic recovery. Beleaguered center-right president Michel Temer’s attempts to resuscitate the economy have flagged as he fights off bribery allegations. Though he denies them, the claims have contributed to his plunging opinion poll ratings, leaving him the least popular Brazilian president on record.

Temer, in power since the impeachment of Lula’s socialist successor Dilma Rousseff for manipulating government accounts two years ago, has introduced some significant reforms – including long-term caps on public spending. But he has failed to overhaul the country’s bloated pension system and his ambitious privatization programme has received a setback, with plans to sell off the state power company, Electrobras, meeting Congressional resistance.  Temer has helped to steer Brazil back to growth, yet he has struggled to close the gaping budget deficit and inflation and unemployment are stubbornly high.

The president, who is unlikely to stand for re-election, saw his stock fall even lower recently when he was forced into a climb-down over a national truckers’ strike staged in protest at rising diesel prices, resulting from subsidy cuts. The industrial action in late May, supported by Bolsonaro, paralyzed the country, prompting Temer to reinstate the fuel subsidies. While the strike, backed by many Brazilians angry about the price rises, further undermined the president’s authority, it boosted Bolsonaro’s fortunes.

Yet Bolsonaro’s intervention raises questions about his economic credibility.  So far, there is little sign of a strategy for dealing with the country’s financial problems. From what is known, he has previously opposed the privatization of state companies, backs commercial agriculture and mining on indigenous reservations, favors gradual reform of the pensions system and has expressed concern that the country’s biggest trading partner, China, is too active in the Brazilian economy.

More recently, Bolsonaro has softened his tone on China, describing Beijing as an “excellent partner”, and has appointed a free-marketeer as his main economic adviser – investment banker Paulo Guedes, an advocate of sweeping privatization to pay off some of the country’s public debt. However, the appointment is puzzling, as it is unclear whether Bolsonaro has had a change of heart on sell-offs or is just trying to soothe investor nerves. There are indications that a number have been encouraged by the enlistment of Guedes, seemingly hopeful he might encourage neo-liberal reforms. Realistically, Bolsonaro will probably have to make some accommodation with pro-business Congressmen in order to govern effectively.

With a fragmented electoral field, all the signs are that the upcoming poll will go to a run-off – and the possibility of a populist victory is fuelling uncertainty. Questions remain over the country’s economic trajectory under Bolsonaro while there are concerns a Lula-endorsed candidate may worsen the country’s stagnation. Such outcomes will worry Brazilian moderates and may galvanize them into rallying behind a centrist, establishment figure in an anticipated second round of voting. That could mean Brazil struggling along for another few years. But perhaps it is now the case of ‘better the devil you know’.