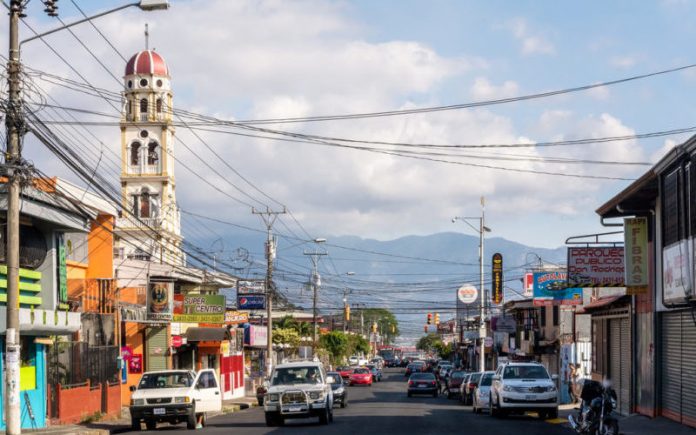 There is a huge untapped market for electric vehicles in Latin America. Costa Rica is a regional leader in Latin America, as far as driving much of the innovation behind the electric automotive industry.  It has introduced tax incentives for the industry, which is likely to experience exponential growth in the next two decades. Risks to investors nonetheless remain.

Carlos Alvarado became Costa Rica’s 48th president on 8 May. In his inaugural speech, Alvarado pledged to eliminate fossil fuels from all vehicles by 2021. This pledge will likely inspire automotive investor confidence, due to the country’s growing spectrum of green industries. However, those advocating for an electric vehicle (EV) revolution must appreciate that the rhetoric of an incumbent president does not always match up with the realities of a much more complicated economic and political landscape.

In the country’s “Pura Vida” tradition, Costa Rican officials are proclaiming their intent to make their country a leader in the widespread adoption of EVs over the next few years. While tax exemptions have led to some immediate EV cost reductions, government actors must introduce policies to significantly change the country’s existing infrastructure, or the EV market will struggle to attract widespread support.

In December 2017, Costa Rica’s congress passed the Electric Transportation Bill which established several tax exemptions for electric vehicles. Defined as the Law on Incentives and Promotion for Electric Transportation, the new law came into effect on 25 May 2018. For EV advocates, this spark will unlikely provide the catalyst for insurmountable change.

As there are no local EV manufacturing plants in Costa Rica, the legislation hints at increasing imports of EVs, with tax exemptions helping to offset the higher costs of shipping. One important – yet still unanswered – question is whether this reduction will make EVs more attractive to consumers. As suggested in a report by La Nacion, it is estimated that final EV prices will fall only marginally, from an average of $36,720 USD to $31,750 USD.

Costa Rican National Registry data reveals that twice as many cars were registered than babies born in 2016, suggestive of a rapidly growing automotive industry. Car ownership is increasing by 5 percent per year, although EVs currently account for only a tiny fraction of the 1.4 million cars on Costa Rica’s roads.  Government officials hope to see 37,000 EVs being driven by Costa Ricans by the year 2022.

While this is a substantial increase from the current number of EVs, it falls dramatically short of inspiring a complete eradication of fossil fuels. To assume greater numbers of Costa Ricans will take up EVs in the time frame proposed by the Alvarado administration, ignores current domestic consumer demand trends.

According to a study by the Estadio de la Region, the country’s public transportation system has so far proved insufficient to satisfy exponential population growth. This has partly encouraged an increase in personal vehicle purchases. While this provides an opportunity for EV ownership, it could also prove to be an Achilles heel to advocates of EV. The EV market has proved uncompetitive to consumers demanding efficient and affordable modes of transportation.

As suggested by Oscar Echeverria, president of the Association of Importers of Vehicles and Machinery (AIVEMA), the transition away from fossil fuels will likely extend beyond 2021 because the Costa Rican market is slow to attract consumers.

Nonetheless, EV growth globally is promising. This bodes well for Costa Rica’s long-term plans of EV integration into its domestic transport system. According to a May 2018 Bloomberg New Energy Finance report, EVs will account for 33 percent of the world’s vehicles and 55 percent of all new cars purchased by 2040.

Remarkably, levels of forecasted EV growth have increased substantially in each year’s report. In the 2018 outlook, analysts predicted there would be 559 million EVs on the road by 2040. This is up from the 2017 analysis which suggested a total of 530 million EVs. Analysts in the 2016 report suggested lower numbers, with 406 million operational EVs expected globally by 2040. This forecasting further adds to the sustainability of long-term investments into EV usage worldwide, and in Costa Rica.

The World Economic Forum’s Global Energy Architecture Performance Index (EAPI) monitors key trends in the energy transition of all countries towards “sustainable, affordable and secure energy systems”. Costa Rica is ranked 14th out of 127 nations in the EAPI’s 2017 report. Alvarado’s shunning of fossil fuels in transportation is a bold step towards ensuring that Costa Rica continues to rank highly.

Monica Araya, the head of the organization Costa Rica Limpia, noted the immense opportunity granted through the country’s recent legislation. She suggested that the Electric Transportation Law would be “an exercise in inspiring the people to feel part of this great agenda which will allow our country to overcome the fossil fuel transportation model.” However, this tax exemption law does too little to encourage significant changes in the transportation landscape. Introducing new charging stations and a more efficient electricity grid would greatly help to boost Costa Rica’s  EV industry.

Additionally, 22 percent of total government tax revenue in Costa Rica stems from taxes imposed on fossil fuels. Eradicating this source of revenue by eliminating fossil fuel based vehicles, without significant changes in economic policy, could inspire considerable opposition from legislators.

Costa Rica has been at the forefront of energy innovation and bold environmental pledges for several years. With impassioned rhetoric, Alvarado has planted the seed for further changes in the country’s energy infrastructure. However, an electric vehicle revolution is likely to be less explosive than Carlos Alvarado would have us believe.