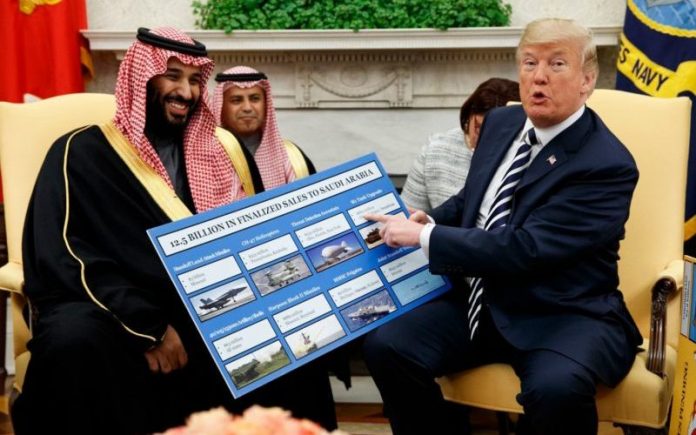 President Recep Tayyip Erodgan has used the murder of journalist Jamal Khashoggi in the Saudi Arabian consulate in Istanbul to discredit his regional rival, the Saudi Crown Prince  Mohammed bin Salman. Turkey has made it a point to keep this affair alive and the Saudi Kingdom has faced intense international criticism. Audio evidence of Saudi complicity and American sanctions on the perpetrators is leading to new questions. How much longer can Erdogan keep this incident alive as part of his wider policy goals?

On 10 November 2018, Turkey shared with Western and Saudi officials the audio recording that proved Saudi Arabia was responsible for the murder Washington Post columnist Jamal Khashoggi on October 2nd. Before this announcement, Turkish officials managed a steady leak campaign alluding to the recordings’ existence and generated large-scale anticipation, in order to keep the story alive and create international pressure against Saudi Crown Prince Mohammed bin Salman for allegedly ordering the journalist’s killing. President Erdogan and the Crown Prince view one another as regional rivals over the former’s embrace of Islamist ideology and subsequent support for Qatar in the face of a Saudi-led blockage. Saudi Arabia views Turkish actions to shield Qatar and its tacit partnership with Iran in the Syrian war with suspicion; bin Salman himself referred to Turkey earlier this year as part of a “triangle of evil” in the region.

The Crown Prince and his nation have been roundly criticized in the past month for Khashoggi’s murder in the Istanbul consulate. Initially denying any involvement in the affair, the Saudi narrative started shifting once international pressure mounted rapidly. Far-fetched explanations were used to explain his death, ranging from Khashoggi starting a fight to being drugged. They also shifted blame onto rogue elements being behind the killing, curiously after President Donald Trump raised this possibility. Ultimately, the Kingdom indicted fifteen individuals involved in the plot once criticism increased and is seeking death penalty against several of these suspects.

Now that Turkish president Recep Tayyip Erdogan has revealed the audio evidence pointing to Saudi involvement in the crime, the questions are changing.  What else can Turkey do to discredit their regional rival and how much longer can the campaign remain effective?

The Kingdom has endured significant criticism for its role in the Khashoggi murder. A joint statement from the leaders of the United Kingdom, France and Germany decried the killing as well as the lack of transparency in investigations. At the same time, business executives including Sir Richard Branson and Jamie Dimon withdrew from the “Davos in the Desert” conference in protest, a significant and symbolic repudiation to the Crown Prince’s economic modernization program.  While the outcry has been unprecedented, the repercussions endured by Saudi Arabia have proven manageable.

Initially, Saudi leaders warned that any sanctions aimed at their nation over the murder could lead to a counter-reaction in the energy sector, implying a move that would affect the price of their primary export, oil. However, this threat did not have the desired effect of quieting criticism since Saudi Arabia’s Energy Minister declared that the Kingdom would follow through on earlier promises to increase output ahead of U.S sanctions on Iran in November 2018. Oil prices actually proceeded to drop in the month since the incident. Amidst this bluff, Saudi officials engaged in a  series of denials, counter-scenarios, and partial admissions, reinforcing the idea of a cover-up.

In the face of Turkey’s pressure campaign, Saudi Arabia has still faced limited and tangible backlash. While leaders in the United Kingdom, France, and the United States all stated that the Saudi account of Khashoggi’s murder was dubious, they have not moved to seriously alter their relations, particularly in the area of arms sales. Leaders in each of these nations stated that the Saudis should be held to account but all declined to disrupt the arms trade lest they risk jobs being lost in this sector or lucrative arms deals on advanced weaponry. President Donald Trump has been particularly stalwart in his insistence that whatever the circumstances behind Khashoggi’s murder, he would not risk scuttling a $110 million arms deal he personally touts with Saudi Arabia.

Turkish officials had confirmed existence of audio evidence that proved Khashoggi was murdered shortly after entering the Saudi consulate in Istanbul. Until recently, they had kept the recordings to themselves in the hopes of using it as a means to maintain global pressure on their main rival in the Middle East.

However, the impact of sharing evidence with others appears limited thus far. Echoing his boss’ refusal to abandon the Saudis, U.S National Security Advisor John Bolton cast doubt on whether or not this proves Mohammed bin Salman’s involvement in the crime. In spite of an assessment from the CIA, Bolton as well as, President Trump downplayed the intelligence to the point that neither admits to hearing the tape provided to the agency by Turkey. Despite recent American sanctions against the alleged perpetrators, the administration continues to view Saudi Arabia as essential to its anti-Iran strategy and will not risk undermining it.

A reason believed to be behind Turkey isolating Saudi Arabia is to try and improve relations with America. Shortly after the killing, Turkey quietly released Andrew Brunson, an American pastor imprisoned for his supposed involvement in the July 2016 coup attempt against Erdogan. Additionally, the Trump administration granted Turkey an exemption to allow it to keep purchasing Iranian oil despite the renewal of sanctions on 5 November. In light of these moves, Turkey’s lira, battered by foreign debt issues and U.S sanctions, regained some value and the U.S announced it would consider removing its sanctions over Brunson.

Even if Turkey has achieved some gains over the Khashoggi episode, its isolation strategy has not proven successful. President Trump has made it explicit that he does not want to see jobs lost over any disruption to the arms deal with the Saudis while his advisors continue to encourage limited retaliation in favor of maintaining the current strategy against Iran.

Saudi Arabia Can Outwait The Crisis

Saudi Arabia does have the ability to outlast the clamor ignited by Turkey’s pressure campaign, owing to the seemingly unwavering Trump administration support and the unwillingness of the West to curtail their arms trade with the Kingdom. Its regional allies stand firm in their support, other major powers have declined to pass a judgement ahead of any investigations’ conclusion. Turkey may find that it is running out of options in the pressure campaign with the limited damage thus far from the release of their recording.

What other options remain? The possibility exists for Turkey to publicly release its recordings to generate more public outcry, but given the obstinance of figures such as President Trump to protect the Saudis, this still may not be enough. Also, the Saudis have declined to extradite Khashoggi’s murderers to Turkey – they are likely sparing themselves further embarrassment through a public trial in the Turkish court.

Additionally, Turkey’s attempts to use Khashoggi’s killing to drive a wedge between King Salman and Mohammed bin Salman appears to be ineffective. The King has asserted himself more forcefully since the killing, intervening by reducing the cover-up when he grew concerned over damage to Saudi-American relations. However, in his annual speech to the Shura, he stood by Mohammed bin Salman through his continued support for the crown prince’s economic agenda.

While key aides have been sacked and a trial is underway against the perpetrators, the crown prince may opt simply to keep a lower profile until enough time passes for him to reemerge. He has the support of the King, control of security agencies and had many of his rivals previously arrested, giving him time to recover his image. Abroad, the crown prince still retains the confidence of the U.S and its regional allies that will buttress his position against potential rivals domestically.

While Erdogan may have more damning material in this case, without stronger action from the Kingdom’s allies, the damage from it may also prove sustainable. The Saudi leadership has enough capacity now to wait out the outcry and is the most likely option.