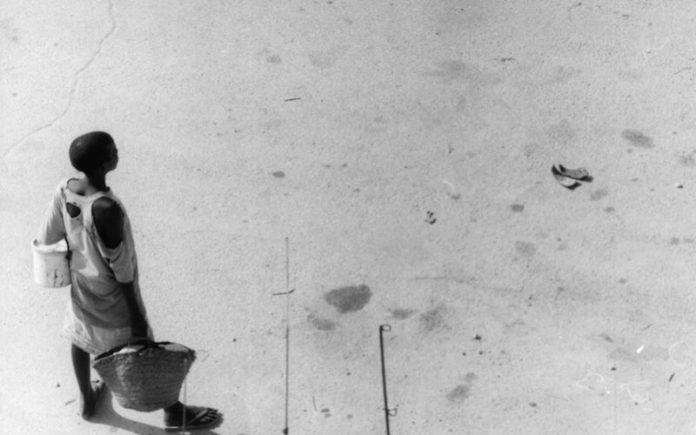 Since the election of the new Somali President in 2017, the country’s relationship with the UAE has deteriorated steadily. The wealthy Gulf state seems determined to punish the war-torn coastal nation for refusing to take sides in its diplomatic dispute with Qatar, actively withdrawing military support. Consequently, the UAE risks undoing its record of progress in the Horn of Africa.

The 2017 election of Somali President Mohamed Abdullahi Mohamed came amidst heightened tensions between Qatar and its neighbors in the Gulf. The leading antagonists of the standoff, Saudi Arabia and the UAE, pushed for their allies in the region to cut ties with Qatar. Instead, Abdullahi Mohamed made a point of declaring neutrality in the conflict after his inauguration. The UAE and Saudi Arabia would likely have preferred for the new President not to have announced this publicly and continue to trade quietly with Qatar, while not causing the rival Gulf States to lose face. The President was, however, in a highly unfavorable dilemma. He is likely to have made this declaration as a subtle gesture of solidarity with Turkey, Somalia’s largest foreign investor, which supports Qatar in the diplomatic crisis. Yet in doing so, he provoked the UAE, which is Somalia’s biggest trading partner.

Following the Somali President’s perceived slight, the UAE increased its support for the President’s rivals, in particular, the Federal Member States that challenge central Mogadishu rule. This support contributed to heightened tensions in the already fragile relationship between the government and the six Federal States. Such divisions serve to weaken governmental institutions, allowing militant groups like al-Shabaab to thrive. The UAE has since escalated this rift by cutting aid programmes and withdrawing personnel from the Somali capital, Mogadishu.

These tensions came to a head in the sleepy port town of Berbera, in the self-declared independent state of Somaliland. The port, where the UAE is building a large military base, is strategically important due its close proximity to Yemen, where the UAE is part of the ongoing Saudi-led coalition against Houthi rebels. The port also holds economic importance, as the Dubai-based DP World is set to take over its management with a view to exporting huge amounts of livestock to the Gulf each year.

In April of last year, the Somali government nullified the agreement between DP World and Somaliland for control of the port. The Somali Foreign Minister, Ahmed Isse Awad, accused the UAE of being arrogant and disrespectful while arguing that DP World cannot legally sign the agreement without the consent of Mogadishu. Nevertheless, the UAE and DP World remain set on fulfilling their ambitions in Somaliland and began construction on the port expansion in October. Despite the opposition from the Somali government, Abu Dhabi is fully aware that Abdullahi Mohamed holds little real influence in the autonomous Somaliland region and is unable to prevent progress of the project.

Such brazen dismissal of Abdullahi Mohamed’s demands serves to undermine his government’s authority. If Somalia’s biggest trading partner, an economic superpower in the region, does not acknowledge the President’s leadership over his own country, then efforts to consolidate power away from the capital become even more fractured.

In an overt, relative snub of the wealthy Arab state, Somali security forces seized a civilian aircraft in April, confiscating $9.6 million held in unmarked bags. Mogadishu claimed that the bags were suspicious and had been handed over to the relevant authorities, while the UAE claimed the money was allocated to support the Somali army and accused the security forces of holding those on the plane at gunpoint. The move effectively brought an end to military cooperation between the two states.

The UAE’s mission in Somalia aimed to support African Union troops fighting off the al-Shabaab insurgency. By scrapping the military training program, which has existed since 2014, Abu Dhabi could threaten the progress it has fostered to date. What’s more, the UAE is creating a void for foreign military support that its rivals are already trying to fill.

In 2017 Turkey opened its biggest overseas military base, in Mogadishu, with the capacity to train 10,000 troops. The base had already opened when the UAE withdrew its troops and the move simply provided Ankara with a leading role to fill in the country.

Turkey and Somalia’s ties have strengthened in recent years. In 2010, Turkish exports to Somalia were worth a little over $5 million. By 2016 they had totaled over $123 million. Mogadishu has also praised Turkey’s infrastructure investment into the country, while Ankara has done well to win the hearts and minds of many Somalis due its vast aid effort at the height of the 2011 famine. If Abu Dhabi continues to punish Abdullahi Mohamed for not choosing a side, then it will lose its strategic edge and simply hand over influence to rival Turkey.

Somali opposition groups are seizing on the soured relations between Abdullahi Mohamed’s government and Abu Dhabi by accusing the government of actively moving towards the Turkish-Qatari alliance and thus endangering their vital relationship with other Gulf States. Ahmed Madobe, President of the Jubaland region in Somalia, expressed his support for the UAE back in May, while criticizing the diplomatic strategy of Mogadishu. Abdullahi Mohamed’s rivals will likely continue to exploit this fractured relationship as they push for increased support from Gulf States in their efforts to expand influence within Somalia. If the UAE develops more relationship with local leaders, like it has done with Puntland, then it risks calling into question the legitimacy of Abdullahi Mohamed’s government and thus provide more incentive for conflict and power grabbing.

The UAE needs to be aware that it is playing with fire if it exploits these divisions. Disrupting the fragile state of stability that Somalia is slowly working towards does nothing for the UAE’s ambition to be seen as a key peace broker in the region. The same can be said over the UAE’s refusal to take responsibility for its role in militant funding in the country.

The demand for charcoal from wealthy Gulf States creates a steady stream of revenue for the militant group al-Shabaab, through the illegal Somali charcoal trade. UN estimates suggest that al-Shabaab earns an annual $7.5 million from taxing the trade that satisfies the demands of numerous Gulf States such as the UAE, Saudi Arabia and Oman by transiting the product through Iran.

In 2012 the United Nations administered a ban on charcoal exports from Somalia. The UN ban, backed by the Federal Government of Somalia (FGS), was an attempt to both curb the environmental damage that charcoal exploitation has on the country’s ecosystem and cut off a major source of funding for al-Shabaab.

Although the ban had some initial success in reducing the export of charcoal, there has been a noticeable re-emergence of the trade in the past two years. The illegal industry is heavily taxed by al-Shabaab in areas that are under their control, generating millions of dollars for the militants and becoming one of their greatest sources of revenue.

Al-Shabaab facilitates the illicit trade by transiting it through Iran to obtain fake origin certificates and thus bypassing the sanctions. It is packaged and labeled ‘Product of Iran,’ and accompanied by forged certificates certifying that the goods come from African States such as Comoros, Ivory Coast and Ghana.

Black market Somali charcoal exports are worth around $150 million a year in the UAE alone. The UAE has refused to make a statement regarding the UN Report and are yet to implement any new measures to restrict the flow of illicit charcoal following the report’s findings.

The UAE’s refusal to acknowledge its role in financing al-Shabaab is likely another snub aimed at Abdullahi Mohamed’s government. Yet, it is a short-sighted move that curbs Abu Dhabi’s strategic goals in the Horn of Africa. This could be an opportunity for the UAE to take the lead in combating a primary funding source for al-Shabaab and, following the withdrawal of military support to Somalia, show that they are still committed to combating terrorism in the region.

Somalia is not important enough to the UAE or its friends in the Gulf to prioritize its needs over a heated diplomatic row with Qatar. Yet cutting off funding for al-Shabaab is something that the UAE can contribute towards and in doing so can solidify their role as a key player in combating terrorism in the region.

The UAE had great success in brokering the peace deal between Eritrea and Ethiopia last year and continues to be a key player in the ongoing Yemen conflict. Abu Dhabi is on a quest to be seen as a regional power and has the resources and influence to secure this reputation. Using Somalia as a pawn in their rift with Qatar weakens their position as a state genuinely dedicated to bringing peace to the Horn of Africa. It would be wise to repair their fractured relationship with Abdullahi Mohamed’s government before they begin to appear as a destabilizing force in the region.