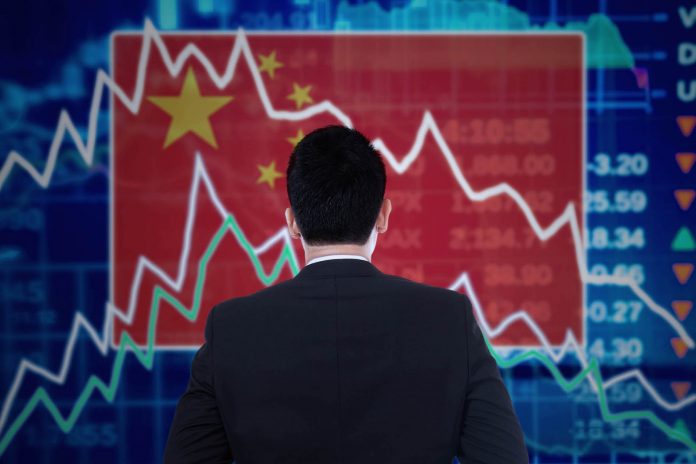 This week marks a year since the start of China’s epic multi-phase stock market crash.

The collapse reverberated around the world and resulted in unprecedented intervention by the Chinese authorities in a doomed attempt to prop up the market.

For now, the dust has settled. Wider fallout has been curtailed as the Chinese growth engine surges on. But the government’s reaction poses longer-term risks.

One lesson learned is that the authorities are unwilling to cede control over markets and the economy. A second is that economic momentum is being maintained at the expense of a vast and growing debt burden. The third is that these problems matter far beyond China to the rest of the world.

While China blamed its crash on everyone from local short sellers to a US backed conspiracy to destabilize the country, it’s clear that the authorities brought the crisis on themselves.

The local stock market operates like a casino, with prices driven by luck and hearsay. The year preceding the crash saw stock valuations leap 136% on the Shanghai Composite, and even more on the Shenzhen Exchange. Even a cursory look at company earnings growth or other fundamentals showed this bull run was entirely unsustainable.

But speculators took faith from the government. Encouraging articles in the state-owned media signaled that the authorities would support prices. And so people carried on buying, hoping to make more money before the music stopped.

When this implicit government backing failed to materialize, the speculators panicked, driving huge declines in June, July and August of 2015.

Finally, the government intervened by suspending trading of several companies and ordering state-owned enterprises to buy back some of their own listed shares. The People’s Bank of China also limited short selling and provided cash to some stock-buying brokers.

This helped the market bounce back in the short term, but it spooked investors who feared the government would eventually let the market drop further, leaving them holding worthless stock. With another mass selloff in January, the Shanghai Composite has fallen from over 5,000 a year ago to under 3,000 today

Many investors have exited into property – boosting a sector that had been suffering the hangover from its own recent boom and bust.

On a trip last May, just before the crash, I visited a so-called “third tier city,” Huai’an in Jiangsu province. I saw row upon row of huge empty apartment blocks built in seemingly random spots around the edge of the city, available for around $5,000. Now, a year on, these prices have started to edge upwards in Huai’an as investors return to these ghost towns for new markets to park their cash.

The government has a clear motive to prop up the markets, justifying the fortune it’s spent from reserves. High stock prices avoid the need for companies to take on more loans, helping to reduce the record-high mountain of corporate debt. With the entire economy completely overleveraged, this is an understandable objective.

But the more it steps in to “help” markets, the further China drifts from enacting necessary promised economic reforms. Before the crash, the government had proposed changes that would edge China into a more service-based, market-orientated economy, with higher productivity and more emphasis on innovation. This was to be achieved by stepping up privatizations, making serious efforts to close down inefficient industries and retraining workers. Financial liberalization was to allow greater freedom for firms to invest abroad – introducing the risk of capital flight.

Added up, these reforms would mean a greater role for markets and private companies, and fewer levers of control for the central government. Inevitably, many policy makers are fundamentally opposed to any such change.

The battle for economic reform goes to the highest level. President Xi Jingping is pushing for freer markets, while Premier Li Keqiang is pushing back, preferring the state to continue its central role, according to Beijing watchers. Rumors started circulating in April that Li was to be replaced by anti-corruption chief, Wang Qishan – a feared lieutenant of the President who could be entrusted to enact unpopular economic reform.

In the opaque world of Chinese politics, separating rumor from fact is as tricky as in the stock market. But one thing is certain: the longer reform is delayed, the more significant the problems further down the road for China. And, as we’ve learned only too well, China’s problem is also the world’s.